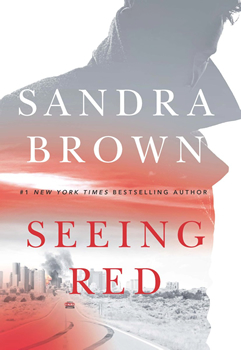 Seventy-nine novels line the shelves of a special bookcase in Sandra Brown’s home. Original stories, characters, twists and turns. Each a unique work of art, created first in Brown’s imagination, and then masterfully flushed out by her well-worn pen.

As she looks back on that shelf—her latest thriller, SEEING RED, joining a culmination of more than 36 years’ worth of her work—Brown finds herself a little in awe, and deeply proud.

Brown has many achievements from which to draw pride. More than 80 million copies of her books have sold across the globe. Her work has been translated into 34 languages, and four titles have become made-for-TV movies. Impressive—and yet, for Brown, there is still at least one achievement that remains unlocked.

“I want a feature film,” she says, with candor.

Brown is hopeful SEEING RED might be the book to help her realize that dream. The story begins with Kerra Bailey, a TV journalist who is chasing a story that will not only skyrocket her career, but is profoundly personal. The subject of her profile was photographed twenty-five years earlier carrying a child out of a collapsing hotel shortly after it was bombed.

Unbeknownst to him, Kerra was that child. 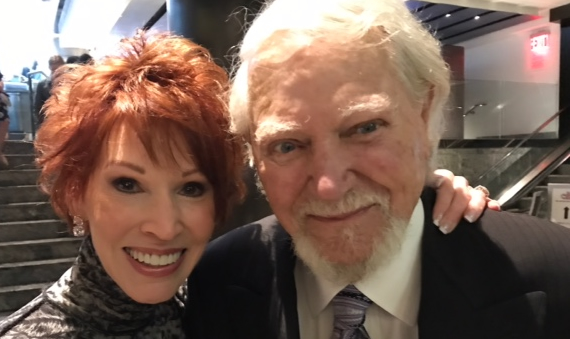 But that iconic photograph didn’t just turn Major Trapper into a hero—it made him a recluse. And the only shot Kerra has of landing an interview with him is via his estranged son, former ATF agent John Trapper, a bitter, ruggedly handsome man who has forever lived in the shadow of his father’s heroics.  As he notes so eloquently in the book, “That photo gained immortality, and immortality lasts for fucking ever.”

Brown admits that SEEING RED was actually inspired by a real life famous picture, a similar image taken after the Oklahoma City bombing in 1995. At the time, Brown’s children were attending college in the city, and she recalls with crystal clarity her daughter’s graduation just three weeks after the tragedy.

“There was plywood where the stained-glass windows used to be,” she says. “The whole area was still reeling—we all felt this atrocity very personally. And that photograph of a man carrying a child out of a building…it resonated with the world. No words needed to be said.” 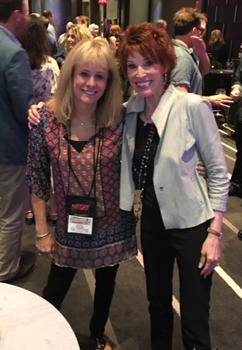 Until SEEING RED, when Brown began to think further about the potential lasting effects on the people who were captured in that moment of time. How did it impact their daily lives? That’s part of the question the book hopes to answer.

But of course, this is a Sandra Brown novel, where nothing is quite like it seems. The suspense builds from the first chapter and when the interview goes catastrophically awry, the reader twists and turns through a page-turning story rife with thrills, Brown’s particular brand of smoking hot romance, and a (truly) shocking end.

“I always try to plant a question in the reader’s mind,” she says. “Sometimes they won’t even be aware of it. Just a niggling thing that keeps them turning pages. And that first question I ask is the last one I answer. The thing I know that no one else knows.”

After 79 books, it might seem like old hat, but Brown says in some ways, she approaches every story as though it’s her first—which leads to the same insecurities and fears that burden almost all authors, no matter where they are in their publishing journey.

“Fear is a very potent motivator,” she says. “There have been times I have thought, ‘Oh gosh, this is the end of my career, I am never going to write another thing.’”

A tragedy not only for Brown’s millions of fans, but for the author herself. Though writing professionally since 1981, Brown never grows tired of the process, and hasn’t lost passion for what she enthusiastically calls “the best job in the world. I get to play make belief and get paid for it,” she says. “I love the days that I am able to just immerse in that world.”

Which, frankly, isn’t as often as she would like. These days, Brown has succumbed to modern technology and embraced (with some kicking and screaming) social media, recognizing the need to reach out to a whole new category of potential readers. “Millennials that thought Sandra Brown was their grandmother’s author,” she says, laughing. “I’m gratified by the number of people who have followed me on Twitter and Facebook.”

New fans, yes, but also the legions of readers who have been with her since before her transition from romance to romantic suspense. Brown says that although she’d enjoyed a good many years crafting quick, but heated, stories, she’d always written with a view toward longer, more suspenseful books.

“I wanted to paint on a bigger canvas,” she says, noting that she wasn’t subtle about it either. “I was always pushing the envelope and giving my editors heart failure. But then Mirror Image became my first New York Times bestseller…”

Among the Dead by J. R. Backlund