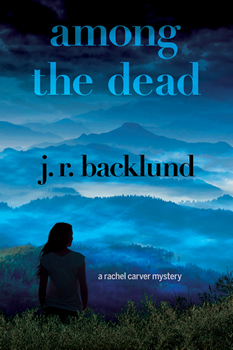 Rachel Carver blames herself for the death of an innocent woman in her last case as a special agent for the North Carolina State Bureau of Investigation. Unable to accept her superior’s attempts to cover up the incident, she turned in her badge. But when a former partner asks her to consult on a new murder case, she reluctantly agrees, traveling to a small mountain community, where she’s tasked with leading a group of detectives on a hunt for the killer. What seems to be the act of a loner proves to be much more as Rachel’s team comes under attack—and a detective is killed in the fallout. Rachel’s old employers at the SBI step in to take over the investigation, but Rachel, convinced they are on the wrong track, continues to work the case alone. As she delves into the town’s past, she discovers a secret history that connects the victims—one that makes her the target of a man who would kill to keep it a secret.

J. R. Backlund, author of AMONG THE DEAD, spent some time with The Big Thrill discussing his debut novel:

Ultimately, I just want the reader to be entertained, but at the heart of this book is a character who is struggling with anxiety and depression, questioning her career choice and, consequently, how she has chosen to live her life. She doesn’t always handle them perfectly, but she decides to confront her issues head on. Though she considers it a work in progress, she’s able to find a certain amount of strength and contentment in that decision.

I wanted this to be a book that was easy to read and hard to put down, and according to all the comments I’ve received so far, I may have achieved that goal. Having said that, a lot of the “action” in the book is the process of criminal investigation, and sometimes there is a lot of detail inserted. I think, or hope, I managed to transform the often tedious process of police investigations into interesting scenes—ones that drive the plot forward while informing readers, but without getting them bogged down in exposition.

I did a ton of research for this book, which started by reading Vernon J. Geberth’s Practical Homicide Investigation. Then I read other texts and interviewed friends in law enforcement. I was constantly surprised at how terrible people can be toward one another. As writers, we sometimes hold back when we construct our villains, afraid that if they are too extreme or brutal or sadistic, the reader may not find them plausible. The sad truth is that there are worse people out there than even the darkest parts of our imaginations can create. As a side note: if you are planning to write a novel that includes homicide investigation, Geberth’s book is the best place to start, but be warned—there are things in there you can never unsee.

Cormac McCarthy’s No Country For Old Men; Chuck Palahniuk’s Fight Club; and Hunter S. Thompson’s Fear and Loathing in Las Vegas all destroyed my previously held notions about how stories can be told. They also taught me the power of simplicity. 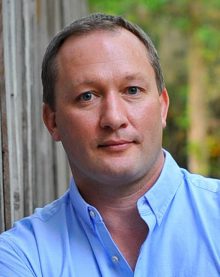 While J. R. Backlund’s heart resides in North Carolina, where he was born, his parents transplanted him to The Sunshine State before he was old enough to put up a fight. Prior to writing his first novel, he studied journalism at the University of Florida, then took a thirteen-year detour in construction management before getting back to telling stories. He lives in Jacksonville with his wife and their three furry children—they don’t like it when he calls them dogs.