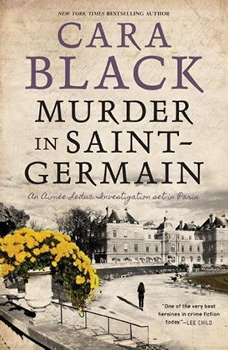 Paris, July 1999: Private investigator Aimée Leduc is walking through Saint-Germain when she is accosted by Suzanne Lesage, a Brigade Criminelle agent on an elite counterterrorism squad. Suzanne has just returned from the former Yugoslavia, where she was hunting down dangerous war criminals for the Hague. Back in Paris, Suzanne is convinced she’s being stalked by a ghost—a Serbian warlord her team took down. She’s suffering from PTSD and her boss thinks she’s imagining things. She begs Aimée to investigate—is it possible Mirko Vladić could be alive and in Paris with a blood vendetta?

Aimée is already working on a huge case; plus, she’s got an eight-month-old baby to take care of. But she can’t say no to Suzanne, whom she owes a big favor. Aimée chases the few leads she has, and all evidence confirms Mirko Vladić is dead. It seems that Suzanne is in fact paranoid, perhaps losing her mind—until Suzanne’s team begins to die in a series of strange, tragic accidents. Are these just coincidences? Or are things not what they seem?

The Big Thrill caught up with MURDER IN SAINT-GERMAIN author, Cara Black, to discuss her latest thriller:

A window into contemporary Paris, the intrigues, the life on the Left Bank that isn’t a beret and baguette stereotype. Taken from a real story, I hope readers will feel they’re experiencing a living vibrant place, and the darker side of the City of Light.

I had a conversation with a woman who was part of the elite anti-terrorist squad in Paris. I tried to interview her about her job, but she wanted to talk about her time with an international law enforcement team sent by the Hague (investigating International War Crimes) to serve a sealed indictment mandated by the Crimes in the former Yugoslavia in the Balkans. Good thing I listened. I found out amazing information about their work and her case and it begged for me to write a very different story.

So many. P.D. James, Ruth Rendell, John le Carré and Eric Ambler, who to me, invented the international thriller. 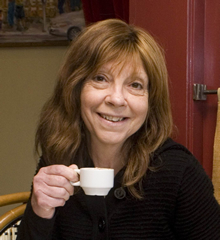 Cara Black writes the Aimée Leduc investigations set in different arrondissements in Paris. She’s received the Medaille de Ville de Paris, for contributions to French culture, nominated for the Macavity and Anthony awards as Best Novel. She lives in San Francisco and gets to Paris when she can for research.