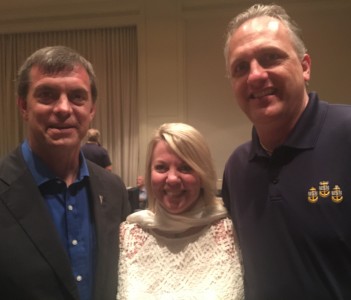 Like the protagonists in their own novels, 25 suspense writers descended on Tampa, Florida, in full force on November 7th to support the SEAL Legacy Foundation inaugural fundraiser at the Tampa Bay Book Festival.

From No. 1 New York Times bestsellers to debut authors, the writers first rallied at the home of Jeff and Wendy Wilson for an evening of renewing and forging friendships in the name of a worthy cause. Jeff, who is the co-author with Brian Andrews of the Nick Foley Series and the Tier One Series as well as a medical doctor and Navy veteran, spent countless hours organizing and fundraising for the event.

“While on active duty in the Navy, my greatest pride was to have served in the company of the heroes of Naval Special Warfare,” Jeff said. Looking for a way to give back, he worked with Commander Mark McGinnis and Master Chief Shawn Johnson to develop the SEAL Legacy Foundation in the wake of the Extortion 17 helicopter shoot down that killed 38 military personnel, mostly special operations forces.

As Thom Shea, the author of Unbreakable: A Navy SEALs Way of Life, said: “It is important for me to contribute to the SEAL Legacy Foundation in order to help the families of fallen SEALs.”

And so it was for authors like Jon Land, Mark Greaney, John Gilstrap, Andrew Gross, Lis Wiehl, and many others who supported the event. On hand were several military veteran authors as well, such as Brian Andrews, Ward Larsen, Andy Harp, Tom Young, Erik Sabiston, and Simon Gervais.

“It was pure joy to be with my fellow thriller writers as we honored our SEALs,” said bestselling author Lis Wiehl, who is also a Fox News legal analyst. Representing International Thriller Writers Inc. were 2016 ThrillerMaster Heather Graham, Kimberley Howe, and Kathleen Antrim. Following the book signing was a dinner and performance by country music artist Dave Turnbull, who played hits from his latest CD, Five Bulls Ranch.

“It means the world to me that I found a way to support the mission of this Foundation using my new career and friends,” said Jeff Wilson. “The SEALs and the thriller writers from ITW are a more than natural fit and it was great to pull them together with my other friends and colleagues who have served and are now writing.”

Click here to donate to the SEAL Legacy Foundation. 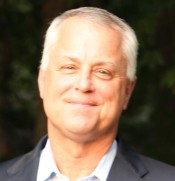 A. J. Tata is a career paratrooper and infantryman. Retiring as a Brigadier General, he commanded combat units in the 82nd and 101st Airborne Divisions and the 10th Mountain Division. A West Point graduate and Harvard University National Security Fellow, he is the award winning author of four critically acclaimed novels, Sudden Threat, Rogue Threat, Hidden Threat, and Mortal Threat. He was also a writer in Glenn Beck’s New York Times bestselling Miracles and Massacres. Tony has been a frequent foreign policy guest commentator on Fox News, CBS News, and The Daily Buzz. NBC’s Today Show featured General Tata’s career transition from the military to education leadership. He served as Chief Operations Officer for Washington, D.C. public schools and then as the superintendent of schools in Raleigh-Wake County, North Carolina, the sixteenth largest school district in the nation. An avid surfer, he is married to Jodi and has two children, Brooke and Zachary.