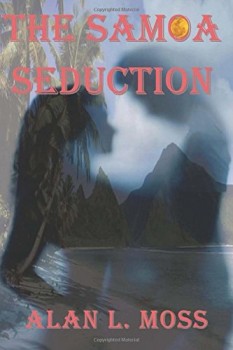 Alan L. Moss is a retired Washington insider with the ability to view his former environs with a writer’s outsiderly detachment. The best of both worlds, you could say. His writing draws upon Ph. D. research capabilities and many years in Washington D.C. as a federal Chief Economist, Congressional Fellow in the U.S. Senate, and Adjunct Instructor at the University of Virginia’s Northern Virginia Center. In 2002, he put his government career aside and moved to the Jersey Shore to pursue his writing. His published novels, Insidious Deception and Surviving the Endgame spin yarns of conspiracy, love, sex, revenge, and subterfuge.

His latest novel, THE SAMOA SEDUCTION, takes advantage of his time in American Samoa administering the minimum wage hearings fictitiously portrayed in the novel. His insider knowledge of Washington politics, such as how policies may be distorted to support powerful interests, is clearly demonstrated in the web of betrayals that drive the story forward. His personal familiarity with the Samoan people and the beautiful landscape of the Island of Tutuila provide a fascinating backdrop to the story’s telling. Alan’s strong thriller competencies are revealed in the protagonist’s journey fighting to raise Samoa’s poverty wages, yielding to a beautiful Samoan seductress, paying a high price for his infidelity, and then seeking revenge for the damage done by returning to the South Pacific to punish those responsible.

THE SAMOA SEDUCTION is the story of two strong-willed individuals haunted by their love for one another while being manipulated by a deadly conspiracy.

Here, Moss takes time out from his writing schedule to answer some questions for The Big Thrill.

A major theme of THE SAMOA SEDUCTION (as the title would suggest!) is our vulnerability to corruption, in one form or another, whether personal or business/political. What bulwarks do you think the individual and the corporate and government mind can put in place to protect against this?

The seducing agents in THE SAMOA SEDUCTION are illicit sex/love, money/security, and political favor (a pretty powerful list.) Each leads our characters in directions that corrupt their better judgment and places them in dangerous spots. Transparency, the threat of punishment, and countervailing rewards may help individuals resist such temptation. Ultimately, however, it comes down to character, the ability to do what’s right regardless of the allure of negative influences. Under the pressure of fighting an uphill battle to raise Samoa’s minimum wage, Michael Bloom, the protagonist, gives in to the charms of Stephanie Palaie Moelai, beautiful Director of the Visitors Information Bureau. This begins the chain of events that leads to deceit, murder, and a wild odyssey across Hawaii, New Zealand, and Samoa to identify and punish the conspirators who wrecked Michael’s life.

You worked for many years in Washington, D.C. as a federal Chief Economist, Congressional Fellow, and Adjunct Instructor at the University of Virginia’s Northern Virginia Centre. You’ve now had six published books, four novels and two nonfiction works. What made you leave that world to become a writer?

Working in Washington was a challenge and an honor. Contributing to the nation’s welfare, watching program ideas and proposed legislation take hold is a gratifying undertaking. However, I have always received the most satisfaction from my writing, whether it’s a project proposal, speech for a U.S. Senator, or program guide. At the same time, bureaucratic and political necessities influence such endeavours, often limiting desired bounds. Leaving my federal career and moving to the Jersey Shore opened the door to a freedom that has been very rewarding, especially in writing fiction.

You are a great example of “write what you know.” In your earlier career in government, did you ever dream of being a writer? Did you keep diaries? Did you process events after the fact as a writer would?

Since being editorial page editor of The Spectator, my high school newspaper, I’ve always dreamed of becoming an author. However, it was after I administered minimum wage hearings in American Samoa (in 2001) that I believed in making the dream a reality. It’s true that I’ve been able to draw upon my government career and saved work products to help in some key instances. Certainly, the many months I spent studying American Samoa for the U.S. Labor Department and administering wage hearings there facilitated relevant sections of THE SAMOA SEDUCTION. My time on Capitol Hill played a role in the novel’s investigative hearings at the Rayburn House Office Building. However, for the most part, Internet research, travel, and a boundless imagination have provided the basis of my novel’s substantive content.

What comes first, character or plot?

For me, plot comes first. What’s the subject matter, the seminal event that kicks off the action? Then, it’s a matter of creating the characters who will tell the story. Once I know what’s in their heads, I know how they will react to key events. I don’t do much advance planning or outlining of my novels. I get the initial ideas, develop the characters, and let them run with it.

Location would appear to be very important to you. We know you have worked in Samoa, but did you also travel to New Zealand and Hawaii to research THE SAMOA SEDUCTION?

It’s true that I view location as an important story asset. My travel to Hawaii and American Samoa convinced me that one day I would use these lush locations as the setting for a novel. Two hallmarks of my stories are subject matter that involves national and international issues, and spectacular locations. I especially enjoy introducing readers to colorful spots unknown to them. For example, in addition to American Samoa’s unique landscape, the new novel includes a hot air balloon ride over the Central Canterbury Plains of New Zealand’s South Island, a tension filled trip on the TranzAlpine Railroad through the Southern Alps, and an escape on a tuna fishing vessel sailing the Tasman Sea.

This is an interesting question. I have two guiding principles that influence my writing and the way I view things in general. First, I believe honesty is required as the basis for any productive endeavor. Second, we tend to dismiss potential solutions because they appear contrary to the conventional wisdom, in spite of the fact that such beliefs may be incorrect. And so, in my novel Insidious Deception, Professor Steven Arens introduces a Middle East peace plan that’s based on efforts to solve problems of the region’s average citizens, rather than focusing on political and religious differences.

What’s your writing routine? Do you have any odd habits associated with it?

I write mornings when for me, the creative juices are flowing. I research afternoons and often break about three o’clock when we either hit the Ocean City beach or a nearby golf course. I work simultaneously with two computers, a desktop I use for reference/research and a laptop on which I write my stories.

What’s your favorite part of the writing process? I know some writers love that terrifyingly blank screen that sits in front of them when they begin a new book. Others love holding the physical book in their hand. What’s yours?

I have two favorites. The first is when I get into a zone and the ideas and words come so fast my fingers can hardly keep up. The second is when I reach the end of a novel and all the storylines converge into a rational, but sometimes surprising conclusion.

What advice would you give to aspiring writers or those just starting out?

Depending on education and experience levels, the first step I would recommend is to obtain advice from experts in the type of writing you want to do. There are many fine books and courses to help. Second, select a subject matter and write something, whether it’s a short story, essay, or novel. Then, have an experienced writer or teacher critique your product. Third, determine if this is your dream. If it is, keep improving until you are ready to submit your work for publication. Know that in most cases, it is a long and difficult road with much competition. If this is truly your goal, believe in yourself and keep at it!

Where do your ideas come from? I know this can be an almost impossible question to answer. Do you do anything specific or does it all just come as you are sitting at your desk?

My writing ideas emerge from a combination of my Washington background, university experiences, and close family upbringing. In a sense, though, as noted above, I believe that my book’s characters actually write the story. They move the story forward by acting on their ideas. In terms of what I’m doing when ideas surface, the great majority of plot and character turns appear while I’m writing at my desk.

Who are your own favorite writers and inspirations?

David McCullough, who makes nonfiction read like fiction, is my favorite writer. In terms of inspiration, there was an English teacher in high school (Phil Urban) and a political science professor in college (Stephen Vuglen) who inspired me to persevere, seek new ideas, and chase my dreams. 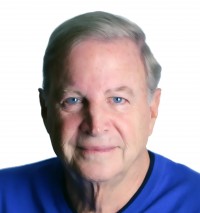 Alan L. Moss is a unique and emerging voice in the thriller genre. His writing draws upon Ph. D. research capabilities and many years in Washington D.C. as a federal Chief Economist, Congressional Fellow in the U.S. Senate, and Adjunct Instructor at the University of Virginia’s Northern Virginia Center. In 2002, he put his government career aside and moved to the Jersey Shore to pursue his writing. His published novels spin sophisticated tales of conspiracy, love, sex, revenge, and subterfuge. After years of politics and bureaucracy, Alan has found the freedom of writing fiction an intoxicating and satisfying calling.

Alan’s non-fiction offerings include Selling-Out America’s Democracy (Praeger 2008) and Employment Opportunity (Prentice-Hall 2000). For more information about Alan and his writing, please visit his website, and follow his blog for provocative weekly columns. 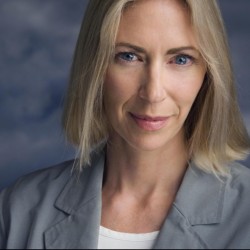 Linda Davies
Linda Davies worked as an investment banker before escaping to write the international bestseller NEST OF VIPERS. She has written multiple books since, Financial Thrillers and Young Adult thrillers.She writes about the tightrope we often walk unknowingly, with safety and normality on one side and howling chaos on the other.She spent three years living in Peru and eight years living in the Middle East. In 2005 she and her husband were kidnapped at sea by Iranian government forces and held hostage in Iran for two weeks before being released. She has written about her experiences in her first non-fiction book, HOSTAGE (published this August 2014). Her latest thriller, ARK STORM, also published this year is described by former US Secretary of Defense, William S Cohen, as: “A brilliantly crafted thriller. Science, sex, murder and meteorology are all stirred up and served in this stunning novel that will shock and awe you.”Kirkus Reviews say this:“A plausible and stormy thriller that might presage future events. Read it, and be glad it's only fiction.” Linda now lives by the sea, where she swims, but chooses not to sail.