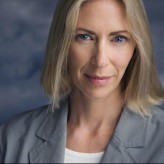 Linda Davies worked as an investment banker before escaping to write the international bestseller NEST OF VIPERS. She has written multiple books since, Financial Thrillers and Young Adult thrillers. She writes about the tightrope we often walk unknowingly, with safety and normality on one side and howling chaos on the other. She spent three years living in Peru and eight years living in the Middle East. In 2005 she and her husband were kidnapped at sea by Iranian government forces and held hostage in Iran for two weeks before being released. She has written about her experiences in her first non-fiction book, HOSTAGE (published this August 2014). Her latest thriller, ARK STORM, also published this year is described by former US Secretary of Defense, William S Cohen, as: “A brilliantly crafted thriller. Science, sex, murder and meteorology are all stirred up and served in this stunning novel that will shock and awe you.” Kirkus Reviews say this: “A plausible and stormy thriller that might presage future events. Read it, and be glad it's only fiction.” Linda now lives by the sea, where she swims, but chooses not to sail.

By Linda Davies Alan L. Moss is a retired Washington insider with the ability to…

By Linda Davies Elizabeth Goddard is the bestselling, award-winning author of twenty-three romance novels and…

By Linda Davies James O. Born has had a long and distinguished career as an…

By Linda Davies Every so often you come across an author and you think, how…

Where the Bones are Buried by Jeanne Matthews