International, Special To The Big Thrill
November 30, 2015
by ITW
0

Anne Trager has over a quarter of a century of experience working with the French in translation and publishing. She founded Le French Book, a mystery and thriller publishing house dedicated to translating French mysteries and thrillers into English. She is frequently asked about going the other way around, from English to French. Here she shares insights, in Part One.

The country is very good to writers. When French readers love your books, they express it, they buy them, they stand in long lines at myriad festivals to have them signed. There are no fewer than 60 festivals in any given year dedicated to just the mystery/thriller genre.

The book market in France has a lot going for it: enthusiastic booksellers, avid readers, dynamic publishers, and a large number of trained translators. Furthermore, paper books sales are on the rise, even if even still have not taken off. Below are some figures about the book market in France. Make sure you go all the way down to the last three items in the list.

Now that we’ve established it is a good market to be looking at, what exactly do the French like to read?

I posed this question to some reporters, publishers, writers, and Claude Mesplède, France’s expert in all things mystery related and a big player in getting mysteries and thrillers recognized by a wider community of readers. Here’s what I culled from these conversations:

So, how do you sell your foreign rights? Can you get the translation done yourself? Can you self-publish? For some answers, see part II of this article.

If you have specific questions about translation, France, French authors, or publishing in France, you can contact Anne Trager at anne@lefrenchbook.com. Le French Book has nearly twenty titles in translation now and a growing catalogue of European mysteries and thrillers in English. Discover them at: www.lefrenchbook.com. 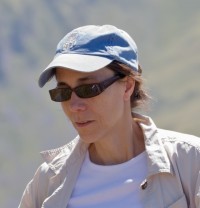