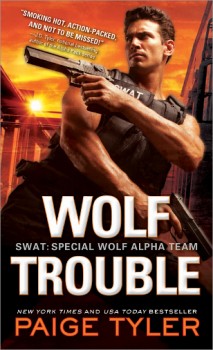 If you remember from Book 1 in my Special Wolf Alpha Team Series (Hungry Like the Wolf), the Dallas SWAT Team is made up of sixteen alpha werewolves. When you think of the word “alpha” you probably naturally think big, strong guys. And up until WOLF TROUBLE (Book 2 in the SWAT Series) you’d be right. There were sixteen alpha guys on the team, and in the Pack. But now you get to see how the dynamics change when the next alpha to join the Pack is a woman. Not only is she strong and aggressive like the guys, but she’s sexy as hell, too.

In my SWAT Series, werewolves aren’t turned from a bite, but rather by having a gene that turns on during a traumatic event. And the heroine Khaki Blake experiences one heck of an event that not just turns her into a werewolf but also forces her to leave her old life behind for a new one.

When she joins the Pack, she doesn’t expect her new teammates to be so attractive. But while they’re all big, tall and droolworthy, only one of them makes her forget her own name—her squad leader Xander Riggs. You guessed it—things are about to get complicated.

And with a crew of ruthless robbers in town hitting one bank after the next, the push to get Khaki qualified in time to keep the politicians off the team’s back—and a little bit of old baggage that followed her from her last job—the action, excitement, and suspense is sure to keep everyone on the edge of their seat! 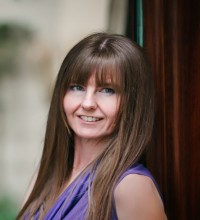