Ever feel like someone’s watching you? Me, too. But lately it’s been happening in my room.

A friend posted a video of me dancing online, and now I’m no longer Alicia Ruffino. I’m dancergirl. And suddenly it’s like me against the world—everyone’s got opinions.

Ali. Dancergirl. Whatever you know me as, however you’ve seen me online, I’ve trained my whole life to be the best dancer I can be. But if someone watching has their way, I could lose way more than just my love of dancing. I could lose my life.

I recently had the opportunity to interview author Carol Tanzman for TheBigThrill, where we discussed her latest novel, DANCERGIRL, the writing life, and more:

What interests you the most about writing for young adults?

Teen lives are so dramatic! They are passionate about so many things; they are in the midst of first loves and first hurts, as well as personal and serious crisis at times. It’s a rich writing field to mine.

Do you have a particularly interesting or gratifying story about a fan who reached out to you?

Yes. I met Kristin, a book blogger who wrote a review of DANCERGIRL. She is a Latina woman and was thrilled that my main character, Alicia, is bi-racial. She came down from the Bronx to an event I did when I was in NYC in December and she expressed just how much the book meant to her. It was extremely gratifying.

I love to read them personally and I felt that there was room in YA literature for thrillers. It’s not as saturated as paranormal romance, let’s say. It’s also so much fun to write!

Are you able to use experiences from your “regular” life in theater for the worlds you create on the page?

Absolutely. Although I’m a theatre director, I took dance for actors in college so I know a bit about the world. Many aspects of performing are the same in dance and theatre: auditioning, performance nerves, etc. so I was able to translate my theatre experience to dance.

Do you tend to do a lot of research for your novels?

I do. I used to live in Brooklyn and still have family there. All during the writing of the series, I will go on “location scouting” expeditions and take photos so I can write scenes with authenticity. I also visited several dance studios and then had a dancer friend “vet” the manuscript so every dance scene is correct.

Like a mother, I love them all! In DANCERGIRL, however, Charlie, the film geek, ended up surprising me the most.

Tell us more about your latest novel, DANCERGIRL. Is the second book, CIRCLE OF SILENCE, a sequel, or a standalone? How do the books “link?”

Do you have your own favorite writers or books?

Carol M. Tanzman is a young adult author. Her first novel, THE SHADOW PLACE, was an ALA Quick Pick selection, as well as a NCTE ALAN Best Book. DANCERGIRL is the first in the WiHI series of linked books. The second book, CIRCLE OF SILENCE publishes in Aug., 2012. She is also an award-winning theatre director and a nationally recognized arts educator. 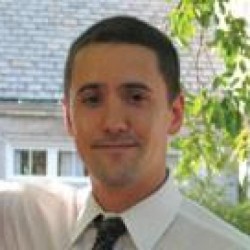 Latest posts by Nate Kenyon (see all)
0
No Comments Yet