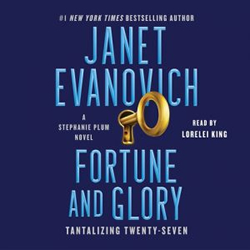 Living in COVID times has forced people to reassess all of the everyday life activities that have been taken for granted: casually dropping into the grocery store; going to the movies or a show; hanging out at the mall.

And then there are relationships. We’re learning the hard way how important human connections are and how we have to work at those relationships. Perhaps it’s the approach of a holiday season like none other that is highlighting the importance of family and friends to our very well-being.

In crime fiction, one of those important relationships is that between the protagonist and their sidekick.

Sidekicks serve many functions. They provide a balance and complement to the main character’s strengths. They can share information with the listener by asking innocent or probing questions. They can discuss the case with the lead character and often provide new perspectives and sometimes “accidentally” provide just the missing connections that solve the case. And sometimes they provide the much-needed humor to offset the darkness. Of course, the classic sidekick is Watson to Sherlock Holmes. 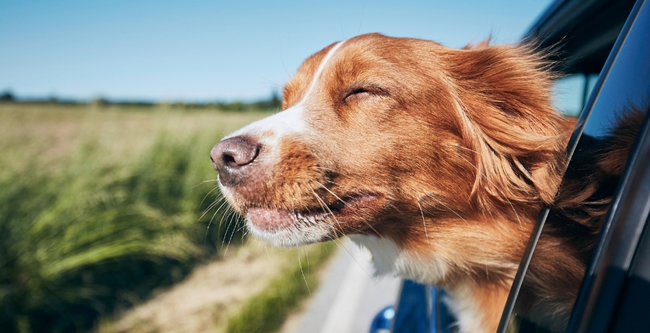 GATORS AND GARTERS by Jana DeLeon provides an interesting and humorous take on sidekicks. In this Earphones Award-winning audiobook, Cassandra Campbell voices former CIA assassin Fortune Redding, who is currently a private investigator. She teams up with two seniors, Ida Belle and Gertie, to investigate the disappearance of another interesting character, former cage fighter and now caterer Miss Molly. This action-packed, truly funny mystery takes place in Sinful, Louisiana, and calls on Campbell to bring all of her talent with accents. The two lady sidekicks provide a different kind of humorous toughness to balance Fortune’s straight face. Trust and genuine friendship shine through. 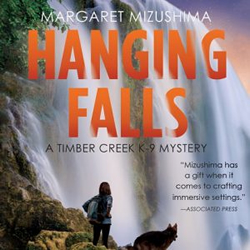 Another different take on the sidekick is the relationship between Deputy Mattie Cobb and her canine, Robo, in Margaret Mizushima’s HANGING FALLS. Narrator Nancy Wu has been the voice of this series through the six audiobooks. Cobb is a Colorado deputy whose territory includes rugged backcountry. Robo, her sidekick, is a loyal and talented tracker. The story intertwines police procedural with an unusual family history and budding romance. Yes, the sidekick is a dog, but he does his job as a trusted balance to Cobb’s more fragile and complicated personality.

And then we have John Sandford’s Lucas Davenport and his pair of sidekicks, Bob and Rae, who provide the double dose of support and dry sense of humor that this series is known for. In the most recent book, MASKED PREY, narrator Richard Ferrone provides the deep gravelly voice for Davenport and the voices of Bob and his US Marshal partner Rae. Just like the old-time radio hosts their names pay homage to, these two have a constant banter that serves to relieve tension and complements Davenport’s mission-driven personality. 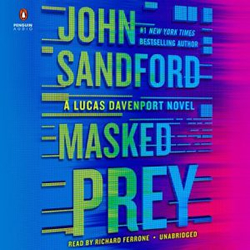 It bears mentioning that Lorelei King voices one of the greatest protagonist/sidekick teams in audiobooks—Stephanie Plum and Lulu in Janet Evanovich’s Stephanie Plum series. Without Lulu as her sidekick, Stephanie Plum would be quite ordinary. Lulu, who describes herself as “underrealized,” is always growing, learning, and trying out new things, contrasting Stephanie’s static situation, as is evidenced in the latest audiobook FORTUNE AND GLORY.

While we have quite a variety of sidekicks represented in the above sampling, they all have in common a deep relationship with the lead investigator based on trust, profound friendship, support, and a guarantee that “I will always have your back.”

In these isolating times, wouldn’t it be nice if we all had a sidekick or were that sidekick?

AudioFile is the place to discover more about audiobooks. Every day, its reviews and recommendations tell you which audiobooks are worth your listening time. Here’s a list of five audiobook thrillers for the new year. Join detectives on the hunt for missing persons in new audiobooks by Jana DeLeon, Laurie R. King, and Ian K. Smith. Feeling like getting away? Try Vaseem Khan’s audiobook set in 1949 Bombay, or travel with Jack Reacher on a new case. 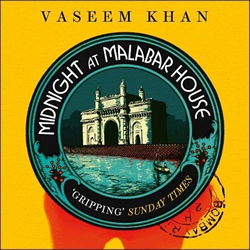 It’s December 31,1949, in Bombay, and a prominent Englishman who is assisting with India’s transition to having its own constitution is murdered. Narrator Maya Saroya makes listeners experience the sights, sounds, and scents of Bombay as Persis Wadia, the only woman police detective in India, handles the tricky job of navigating the case. 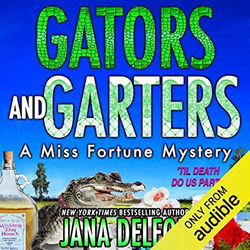 In an exceptional performance, narrator Cassandra Campbell embodies the character of former CIA assassin Fortune Redding and her two best friends, seniors Ida Belle and Gertie. The trio lead what is known as Swamp Team 3 of Sinful, Louisiana on a missing person case. Campbell breathes life into each of the characters, making this a laugh-out-loud audiobook that no one should miss. 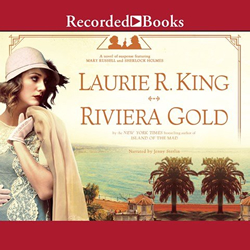 Jenny Sterlin narrates this 17th Mary Russell/Sherlock Holmes adventure, which begins immediately after Island Of The Mad ends. Holmes’s landlady/housekeeper and Mary’s dear friend, Clarissa Hudson, has disappeared. Sterlin’s Mary is witty, wily, and every bit her husband Sherlock’s match. Sterlin’s vocal portrait of the great detective is so precise that we completely believe it’s Holmes. 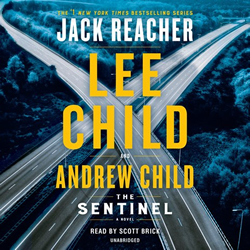 Narrator Scott Brick returns to portray Jack Reacher in this first-time collaboration between author Lee Child and his brother, Andrew. Reacher—usually the strong, silent type—is still the defender of the underdog and seeker of justice. Here, however, he actually talks a lot and teams up with others to take on a cyberthreat to the US elections. Fans will find this a welcome addition to the series. 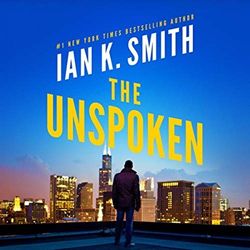 Should Grace Fail by Priscilla Paton