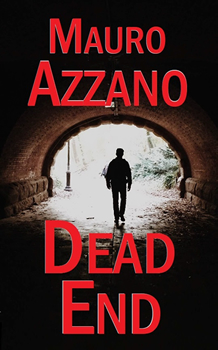 A body goes missing from the city morgue, only to turn up a few days later, sitting in the driver’s seat of a stolen car.

Detective Inspector Ian McBriar has his hands full on this case; he has a pregnant wife, a fresh new sergeant who’s learning the ropes, and the politics in the department may make him quit the force.

In this, the fifth book in the Ian McBriar series, we find the answer to a question that was asked in the first book, something that has burned in Ian for years. The question was “why?” and the answer is not what he thought it would be.

There are ghost stories aplenty everywhere you go.

I had Ian pretending to write a story about ghosts in this book, and in my research I got a lot of fascinating information about ghost stories in that particular part of the world. It’s also a very underrated, very lovely place to go on vacation.

Mickey Spillane. I read The Deep and was sucked in by the book. It still gives me chills that the very last word on the very last page solved the entire novel. That’s why I did the same thing in Death Works at Night.

Where do you go from here?

I determined early on that I only wanted to write five books in this series.

The characters are dear to me, and they have come to life in a way that I did not expect, so it’s hard to let them go.

That said, inspiration comes in many forms, and I saw one photograph, one simple picture, that stuck with me. After discarding it as the cover photo for DEAD END I kept it, and it inspired a completely new character, a completely new series, set in a completely different place and present time. I start work on it this summer.

The solution to a mystery, or a puzzle, is always gratifying, but readers will be intrigued by the characters, personalities, and complexities of the plot.

My books don’t throw you a solution out of left field, with no warning. They give you all the clues up front, and inevitably, readers have said, “I should have seen that—I missed it the first time!”

Whether it’s technical issues with “things”—computers, electronics, mechanical devices, or the like, or with concepts, from sudoku to the speed of light, I love puzzle solving.
Mysteries, for me, are a way to give the reader a puzzle, then say, “There—you figure it out.”

In my first book, I wrote the hero as being slightly claustrophobic.

I never realized it before but I am as well.

In this book, he loses control of some situations, where it could put his people in danger, and it made me examine some of my life choices that were affected by that sense of loss of control.

As for the actual mechanics of the book, it was very comforting to get back into the skin of a favorite character, someone I know well, and who seems to be loved by my readers.

Mauro Azzano was born in Italy, north of Venice. He grew up in Italy, Australia and finally Canada, settling on the West Coast outside Vancouver, Canada. He has a broad experience to call on as a writer, having worked as a college instructor, commercial pilot, and a number of other unusual occupations. Currently, he is working on the Ian McBriar Murder Mystery series and training as a distance runner.