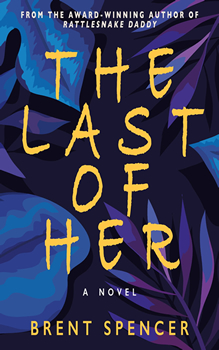 Set in Afghanistan, THE LAST OF HER is a military thriller from Brent Spencer, who is known for his short mysteries and thriller stories.

From the author, “An Army intelligence agent in Afghanistan is blamed for a bad drone strike that kills innocent civilians and nearly kills her. She’s given an Other Than Honorable discharge and is sent home to the Nebraska Sandhills to heal from her wounds, both physical and psychic. When her family and hometown reject her, she becomes homeless. Now her only way back is to find out what really happened that day in Afghanistan. But her investigation awakens a dark conspiracy that will stop at nothing to protect itself.”

Considering the recent withdrawal of the United States military from Afghanistan, it does seem to be a timely topic. The US may be “done” with Afghanistan, but in some ways, Afghanistan may not be finished with the men and women who served there. (It’s worth noting that this novel was originally published as All Done with Dying, but has been re-released from Brighthorse Books under the current title.)

“My central character, Hella Duran, came to me in a series of dreams, a mysterious figure with sad eyes,” Spencer says. “As the dreams unfolded, I realized she was a soldier with a secret. I knew that something terrible had happened to her, but I couldn’t tell what it was. I wrote the novel as a way of finding out.” 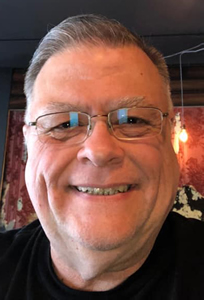 In writing the book, “I faced at least two challenges,” Spencer says. “The first was finding ways to do justice to a central character who was female. And not only that, a soldier. Two worlds I’ve never personally experienced. After lots of research and lots of advice from my wife, a writer herself, I finally felt that I had done justice to Hella. The biggest opportunity was showing the evolution of a character who goes from helplessness to true power.”

Throughout the novel, Spencer says he made use of a sense of place: “Though the central mystery of the novel takes place in war-torn Afghanistan, the bulk of the novel takes place in one of our country’s strangest, most other-worldly places, the Sandhills of Nebraska. When the Master Gunner asks, ‘Where in God’s big greenie are you from, recruit?’ Hella replies, ‘The Sandhills, sir.’ ‘The where?’ he says. ‘The moon, sir,’ she replies. I wanted to bring readers to this haunted and haunting landscape.”

How did he come to write thrillers in the first place? There’s an interesting story there.

“A few years ago, Otto Penzler and Carl Hiaasen picked a story of mine for inclusion in Best American Mystery Stories,” Spencer says. “I thought they’d made a mistake. I hadn’t written a mystery. But Mr. Penzler explained how I had. I realized that all my fiction contains an element of crime. Since then, I’ve embraced my inner crime fiction writer, and THE LAST OF HER is my first full-length crime novel.”

This new novel isn’t his first book, however. Spencer is the award-winning author of a novel called The Lost Son, and also a collection of short fiction, Are We Not Men? He also has written a memoir, Rattlesnake Daddy. His short fiction has been published in Best American Mystery Stories, The Atlantic, GQ, and elsewhere. His family roots are in southern Indiana and northern Kentucky. He and his wife, writer Jonis Agee, live in Ponca Hills, a small village close to the Missouri River just north of Omaha, Nebraska.

According to Publishers Weekly, “Spencer displays a keen, affectionate interest in the tangled emotional lives of his characters.”

Brent Spencer is the award-winning author of The Lost Son, a novel; Are We Not Men?, a collection of short fiction; and Rattlesnake Daddy, a memoir. His short fiction has been published in Best American Mystery Stories, The Atlantic, GQ, and elsewhere. His family roots are in southern Indiana and northern Kentucky. He and his wife, the writer Jonis Agee, live in Ponca Hills, a small village close to the Missouri River, just north of Omaha, Nebraska.