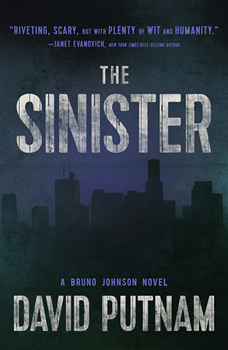 During his career in law enforcement, bestselling author David Putnam has done it all: he’s worked in narcotics, violent crimes, criminal intelligence, hostage rescue, SWAT, and internal affairs, to name just a few. He is the recipient of many awards and commendations for heroism. Putnam lives in the Los Angeles area with his wife, Mary.

THE SINISTER is the ninth novel in the bestselling Bruno Johnson crime series. Bruno Johnson is an African American, an ex-cop, and an ex-con. He couldn’t rescue children from their toxic homes in South Central Los Angeles when he was a cop because of all the policies and laws. Now he goes outside the law to rescue them.

The Big Thrill had a chance to talk with Putnam and ask him a few questions about his latest release, THE SINISTER, his career journey to date, and what readers can expect from him next.

What do you hope your readers will take away from this book?

How children are a precious resource and should be put first above all else. 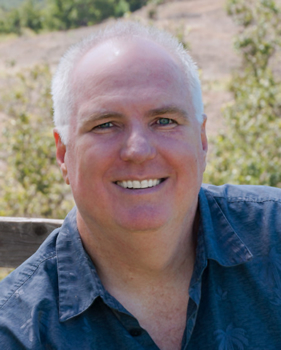 How does THE SINISTER make a contribution to the genre?

Bruno Johnson is an African American with a cause to rescue children. He doesn’t always follow the law, but he is upstanding and moral. He provides a good example of how to get by in a difficult world.

This is book nine in the Bruno Johnson series, and I have found they don’t get any easier to write.

What authors or books have influenced you during your career?

I have been a reader from a very early age. I read anything that is well written, no matter the genre. Every great author I have read has influenced me in one way or another. To name a few: John D. Macdonald, John Sanford, Jonathan Moore, Cormac McCarthy, Larry Watson, Pete Dexter, and Thomas Berger.

What are you doing to promote THE SINISTER?

My wife Mary and I do everything possible to market my books. The year before the pandemic struck, we had 60 signings at various bookstores. COVID, of course, slowed us down.

Mary creates bookmarks. Each has a sample chapter from the upcoming book. She also hand-paints shot glasses with two bullet holes, and then fire-glazes them in the oven. If you buy a book, you get a shot glass, a present readers really love.

I make several presentations on how to write a novel when we attend writers’ conferences, usually five to six a year.  I’m very active on Goodreads. We have two 100-book giveaways on Goodreads.

THE SINISTER comes out this month. Oceanview Publishing has purchased the next two books in the series and maybe the third. Since I’m ahead in the Bruno Johnson series, I am working on another series. My hero is Dave Beckett, the Bone Dick. The first book is completed and under contract. It’s titled A Fearsome Moonlight Black. The first half is autobiographical, the second half is fiction mixed with non-fiction.

My life is mostly filled with writing and marketing. I read 100 novels a year and write reviews that are posted on Amazon, Goodreads, and Bookbub. We have children and grandkids whom we visit as often as we can, and four dogs on our five-acre avocado grove where our house sits.

During his career in law enforcement, best-selling author David Putnam has done it all: worked in narcotics, violent crimes, criminal intelligence, hostage rescue, SWAT, and internal affairs, to name just a few. He is the recipient of many awards and commendations for heroism. THE SINISTER is the ninth novel in the best-selling Bruno Johnson Crime Series, following The Disposables, The Replacements, The Squandered, The Vanquished, The Innocents, The Reckless, The Heartless, and The Ruthless. Putnam lives in the Los Angeles area with his wife, Mary.