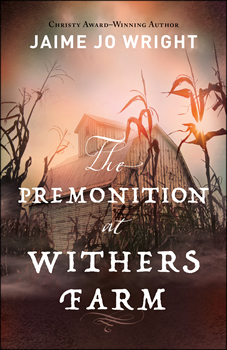 The voices of the past can’t stay silent forever . . .

In 1910 Michigan, Perliett Van Hilton is a self-proclaimed rural healer, leaving the local doctor convinced she practices quackery. It doesn’t help that her mother is a spiritualist who regularly offers her services to connect the living with their dearly departed. But when Perliett is targeted by a superstitious killer, she must rely on both the local doctor and an intriguing newcomer for assistance.

In the present day, Molly Wasziak’s life has not gone the way she dreamed. Facing depression after several miscarriages, Molly is adapting to her husband’s purchase of a peculiar old farm. A search for a family tree pulls Molly deep into a century-old murder case and a web of deception, all made more mysterious by the disturbing shadows and sounds inside the farmhouse.

Jaime Jo Wright is the author of seven novels, including Christy Award winner The House on Foster Hill and Carol Award winner The Reckoning at Gossamer Pond. She’s also the Publishers Weekly and ECPA bestselling author of two novellas.

The Big Thrill had an opportunity to chat with Wright and learn a bit more about her latest chilling release, THE PREMONITION AT WITHER’S FARM.

Actually, yes! My friend purchased an old farmstead, and there was a chicken coop not unlike the one in THE PREMONITION AT WITHER’S FARM. Inside, they uncovered old “minutes” from a kid’s club that had been hidden in the coop. There were pages about the kids voting on who would be president, who wasn’t qualified, and so on. It was quite humorous—and also historical! Which got me to thinking, what if someone found a killer’s journal in a chicken coop? And so THE PREMONITION AT WITHER’S FARM was born. 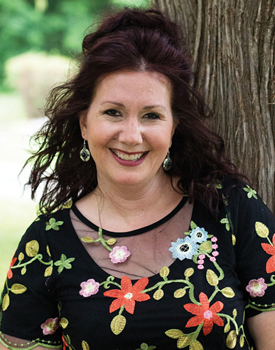 It was very interesting to learn the history of the spiritualist movement in the United States, starting back in the early 1800s with the Fox sisters and their infamous communication with the dead. In researching the practices associated with spiritualism, it was intriguing to see the mastery of illusion that was used to convince many that they were communicating with their loved ones. While not all were debunked as hoaxes, I was surprised how many took to researching and studying various skilled mediums and psychics in the day to uncover who was fact and who was acting in fiction.

Oh gosh, so many have influenced me. Of recent times, I’ve been inspired by authors like Simone St. James, Hester Fox, Darcy Coates, and Wendy Webb. Masters of the literary ghost and gothic stories, while tiptoeing the edges of horror and thriller.

What are you doing to market your book?

I have an active social media presence, so I run a regular reader’s group on Facebook as well as keep active on Instagram. I also have a podcast titled Madlit Musings, where I have the opportunity to interview other authors and dive deep into the spiritual themes of their books, while also having the option to chat about my own. I was a guest author at various in-person events this year from Oregon to Michigan, and I look forward to interacting with readers as often as I can.

I’m already looking ahead to April 2023 and the release of my next novel, The Vanishing at Castle Moreau, which takes a definitively eerie turn with a nod to history’s countess of blood, Elizabeth Bathory, and the women who vanished behind her castle walls. I’m very excited about this story, because the twists and turns its ghostly halls take do not end up at all where even I as the author first expected.

Jaime Jo Wright is the author of seven novels, including Christy Award winner The House on Foster Hill and Carol Award winner The Reckoning at Gossamer Pond. She’s also the Publishers Weekly and ECPA bestselling author of two novellas. Wright lives in Wisconsin with her cat, her husband, and their two children.