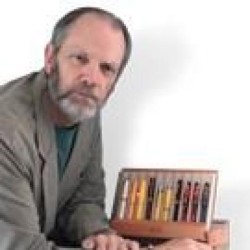 Milton Toby is an author and attorney who writes from his home in Georgetown, Kentucky.His long-standing involvement with Thoroughbred racing and the horse business, his representation of Death Row inmates, and years spent in the Third World combine to produce fiction crammed with unique twists and turns.His short stories have won national awards and he recently completed his first novel.Milton's essay on Lionel Davidson's The Rose of Tibet will appear in the upcoming Thrillers: 100 Must Reads.