Haunted By a Past She Can’t Recall 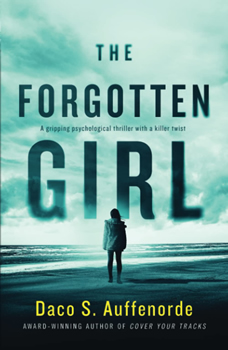 She’s haunted by a past she can’t remember.

A beautiful woman wakes in a hospital bed, shackled and confused. She’s been in a coma for weeks, and now she can only remember her first name: Blue.

Blue learns she fell from a window on the fourth floor of a hotel. Did she jump? Or was she pushed? To discover the truth, Blue must figure out who she is and what she was doing in that hotel.

And she needs to do it fast. Because someone is out there, hunting Blue down, waiting for an opportunity to strike.

Not knowing where to turn or who to trust, Blue must rely on her instincts to survive. Gradually, her memories begin to return, and they’re darker than she could ever have imagined. Will she put the pieces of her life back together before she’s silenced forever?

THE FORGOTTEN GIRL introduces us to plucky heroine, Blue, who’s determined to find out who she is and what she’s forgotten—even if it’s her worst nightmare. The twists and turns keep coming, making it hard to put down.

Here, acclaimed author Daco Auffenorde took some time out of her busy schedule to sit down with The Big Thrill and talk about her latest mystery thriller, THE FORGOTTEN GIRL.

Let’s talk about Blue first. She’s such a great character, in that she starts out as a blank slate. You develop her character into someone the reader cares about, even though we (along with her) know nothing about her. Could you tell us how you created Blue and who, if anyone, you used as inspiration? 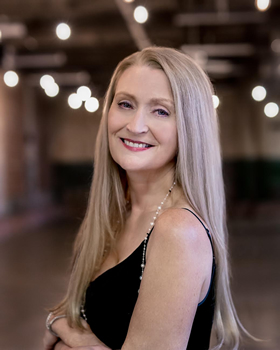 First, thank you for giving me the chance to talk about THE FORGOTTEN GIRL. The concept of amnesia intrigues me—I’m a big Jason Bourne fan. I first conceived of a story about a woman who falls, wakes from a coma, and doesn’t remember who she is. So the question in this story is how and why did this woman fall? Having traveled to New York myself on numerous occasions, I loved the idea of kicking off the story in a large city where the protagonist, Blue, falls from the fourth story of an upscale hotel. Blue needed to be a strong, sophisticated woman with an interesting background, which meant she needed to have a little life experience under her belt. That said, I wanted the reader to wonder whether she was wealthy, pretending to be wealthy, or whether she worked in an occupation that some might seem unsavory. Or none of the above. The story was intended to be both mystery and thriller, and that meant Blue had to be a mystery herself.

Amnesia novels are hard to write because you can’t develop character through backstory. So I had to develop Blue through momentary flashes of recollection, along with how she interacts with those around her. Is she naïve or calculating? Proactive or reserved? And how does she react to danger? As the story progresses, the character becomes more defined, like a puzzle still missing some pieces.

Tell us a little about the research you did in developing your story. 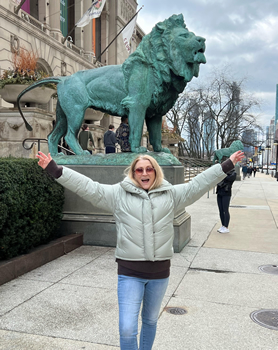 Auffenorde enjoys one of her favorite pastimes: exploring art museums.

Writing a story is all about taking the reader into a new world with a level of authenticity that keeps the reader engaged. This is where the research comes in.

In THE FORGOTTEN GIRL, I research the physics of falls and the medical science underlying amnesia. Amnesia can result from organic brain injury, atrophy, or psychological trauma. A person suffering from amnesia caused by brain injury or atrophy doesn’t fully recover. Blue suffers from dissociative amnesia. Think Jason Bourne.  Essentially, a traumatic event or series of events obscures, blocks, or represses a person’s memory. For example, victims of car accidents don’t always recall what happened. The memory loss may occur because the event happened so fast that the brain didn’t correctly process and store the memories. But let’s say the memories are set, but the accident is so horrendous (e.g., seeing a loved one killed) that to recall the events is overwhelmingly painful. The memory loss—dissociative amnesia—relieves the pain. This type of amnesia can be temporary or permanent and can cause behavioral changes.

What if a person wants to recover those painful memories? Can they? In THE FORGOTTEN GIRL, Blue desperately wants to recover her memories because someone is after her. And if she can’t get her memory back, she’s as good as dead.  She can speak and function normally, but her life before the fall is gone, which can really happen. After the massive earthquake and resulting tsunami in Japan in 2011, the news media reported about a man whose only memory before the tsunami was of telling people to run for their lives. In Blue’s case, the doctors tell her that she needs to relax and let the memories surface. Slowly, pieces of her memories emerge. She discovers that she can speak fluent French when she sees a box of French chocolates. Blue also uses clues such as store receipts, encounters with strangers, and emotional reactions to clothing or jewelry to piece her past together. She knows from what the police tell her that she fell from a hotel window, and so she visits the hotel room. But that’s not enough for her to remember who she is. Imagine trying to evade a killer while being in the dark about who the killer is or why they’re after you!

Auffenorde hangs out with a bunch of suits on a rainy Chicago day.

I also researched how far a person can fall without suffering significant physical injuries, with interesting results. Blue falls from four stories, or approximately 48 to 50 feet. At that height, there’s a 50/50 chance of survival—except Blue’s odds increased when she landed flat on an awning, which broke her fall and left her relatively uninjured—physically.

I also visited settings in the book, including the Hamptons and New York City. For the other places that I haven’t visited, I relied on Google Earth, a marvelous invention for writers. 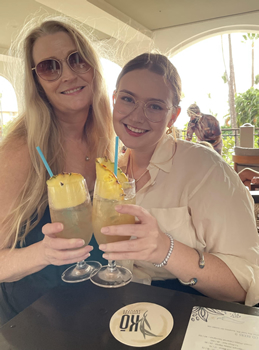 Auffenorde enjoys drinks in Maui with her daughter, Isabella.

In what ways did THE FORGOTTEN GIRL change or evolve as you were writing?

The novel, a psychological thriller, actually started as a spy story. But the twists and turns and international intrigue became too complicated, taking away from the character. So I retooled the plot, tightened the story, and focused on Blue’s journey. This was the right decision because the story is truly about Blue and who she is.

Chemistry between characters can be difficult to build and maintain. How did you manage to build and keep the dynamic between your protagonist Blue and Detective DeLuca without going over the top?

When Blue wakes in the hospital, she doesn’t know where she is, much less why she’s shackled to bed rails. More than that, a strange man sits bedside. Does he mean her harm? He turns out to be Matteo DeLuca, a police detective investigating Blue’s fall. When Blue learns DeLuca’s identity, she doesn’t know if she’s done something wrong or whether the police believe her when she says she can’t remember what happened. So she mistrusts DeLuca. Yet, there’s a tension, because in the novel, he’s one of the few people who truly help her. And he seems like a truly nice guy. So she’s drawn to him. But is he truly nice?

Is Blue’s story done, or can we expect to read more about her and DeLuca in the future?

For now, I’ve got several ongoing projects, so I can’t think about writing a sequel yet. But I’ve had a lot of reviewers ask for the story to continue. So maybe in the future. 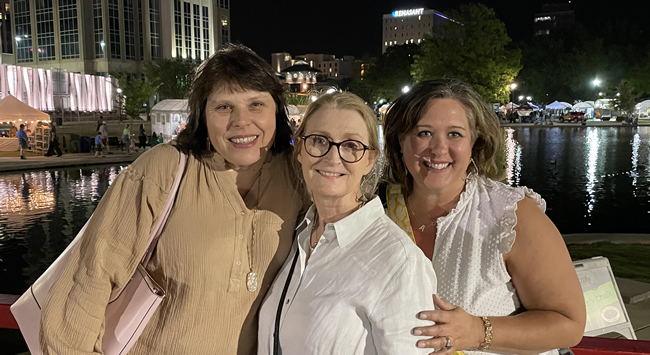 Auffenorde (center) enjoys an evening with pals (Nancy Waldron and Aimee Kent) at the Panoply of the Arts in her hometown of Huntsville, Alabama.

What books are you currently reading, and what’s on your nightstand yet to be read?

I read books in all genres. For my book club, I’m reading My Dear Hamilton by Stephanie Dray and Laura Kamoie, which is a fictional biography set during the American Revolution. I’ve started reading the suspense novel Verity by Colleen Hoover and also The Measure by Nikki Erlick. a magical realism work. And though I’m not a big audiobook listener, I’m eagerly listening to The Unexpected Spy by Tracy Walder.