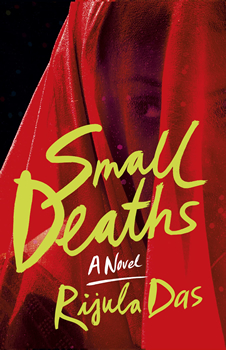 In Calcutta’s notorious red-light district, Lalee aspires to a better life. Her unfailingly loyal client Tilu Shau has dreams too. A heady romantic and marginal novelist, Tilu is in love with the indifferent Lalee and wants to liberate her from her street life with marriage. But when a fellow sex worker and young mother is brutally murdered, the solicitous madam of the Blue Lotus invites Lalee to take the woman’s place “upstairs” as a high-end escort. The offer comes with the promise of a more lucrative life but quickly spirals into violence, corruption, and unfathomable secrets that threaten to upset the fragile stability of Lalee’s very existence. As Tilu is drawn deeper into his rescue mission, he and Lalee embark on life-altering journeys to escape a savage fate.

Despite the harsh and unforgiving backdrop of the red-light district, Das manages to evoke a sense of family among the workers. The people no one else cares for care for one another. There are touches of humor to lighten the tough subject matter and a driving need for justice for every woman and child affected by this barbaric trade.

Das was kind enough to take some time and talk to The Big Thrill about SMALL DEATHS. 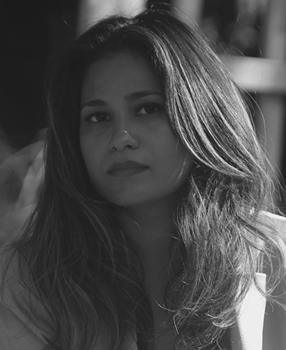 What did you enjoy most about writing SMALL DEATHS, and what was the most difficult?

I definitely enjoyed writing the first draft (which was a very different story than the one you’re reading as SMALL DEATHS) a lot more than the rewrites and editing that I did over six years before the book went into print. The most enjoyable thing was certainly exploring the characters. SMALL DEATHS has a large cast of very colorful characters, and discovering who they were and how they evolved throughout the book was enjoyable. Balancing their storylines and giving each character some room to breathe was a difficult balance to strike.

Lalee and Tilu are the characters whose perspective we see most of the story through. They are quite different in the beginning versus who we come to know by the end. How did you develop these two points of view?

I’d say that they developed more as people with each draft of the novel. Tilu Shau, who is Lalee’s ardent admirer and a writer of cheap erotic fiction, was more “fully formed” from the beginning of the novel, in a manner of speaking. But the deeper parts of his character, his quiet desperations and secret dreams, weren’t quite as evident until later drafts. Lalee, the sex worker who is a main protagonist, took a lot of coaxing as a character and was an enigma in the beginning. I think as writers, we are supposed to know all about our characters, but I think there is artistic benefit in not knowing a character fully, especially when they have realities and experiences far more oppressive than our own. Sometimes when we write around what we don’t know, the character comes alive. 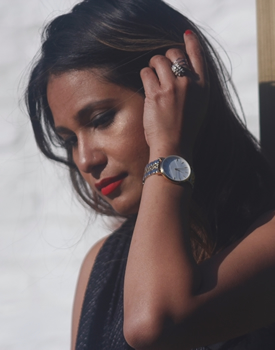 Your descriptions make the setting immersive. Calcutta comes alive through your words, yet you don’t romanticize the unromantic. It’s gritty and feels true to the story. What, in your opinion, do movies, television, and books tend to get wrong when setting stories in India?

What sometimes annoys me about how India is depicted in mainstream media is our collective anxiety to represent something universal about India. The settings usually become stand-ins for India as an idea rather than as a real, specific place. This has been a well-debated theme in postcolonial Indian literature, and I agree that unless we are able to bring specificity to a setting, we risk losing authenticity. India, like any big landmass like northern America or Europe, is not homogeneous. Many artists of Indian origin are thinking deeply about how setting affects story and character, and how each place is unique to the story we tell about it. As a reader or a viewer, that interests me.

You tackle some hard subjects, such as child sex trafficking. I imagine it was difficult to shine a much-needed light onto the women and children in this world. Can you tell us how you prepared for this novel?

We grew up immersed in something that has now repeatedly been termed “rape culture.” We didn’t have access to the language that identified, cataloged, and acknowledged the accepted truths and practices in a culture that normalized and desensitized people to gendered abuse. As children and young women, we had to navigate a deeply misogynistic culture. As I developed more awareness of sexual gendered violence and the language to explore it, it prompted in me both an intellectual and artistic curiosity. It was cathartic and deeply illuminating to be able to understand and write about these issues that have in one way or the other been part of our conscious and unconscious experience of growing up in India.

SMALL DEATHS is your debut novel. Would you tell us about your path to publication and anything you wish you’d known sooner?

I think the job of a debut novel is to teach one how to write. No MFA or craft book can actually teach someone how to write something as unwieldy as a novel without actually doing it. I’m glad my birth as a writer happened with SMALL DEATHS as it was a story that was both propulsive to write and taught me a lot about balancing a large cast of characters, emotional arcs, stakes, and politics. My experience publishing this debut has been very positive, and I’ve felt very supported by my editors, my agent, and publicity teams. It took a long time to get SMALL DEATHS out into the world, but ultimately the time spent perfecting a manuscript is invaluable. My biggest lesson from this first foray into publishing is that the most precious time as a writer is when one is alone with the book, listening to the story, rewriting, crafting, and editing before the book comes out into the world. 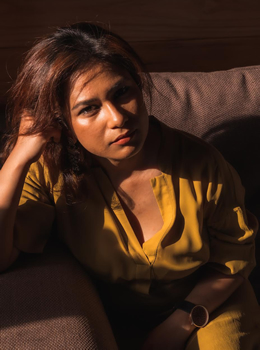 Can you tell us about your next project and what we can expect to see from you next?

I’m also a literary translator and have been chipping away at translating an explosive and experimental magical realist novel by a very famous Bengali counterculture writer, Nabarun Bhattacharya. It has been the most difficult, rewarding, and fun experience. I’m looking forward to the world reading this novel. I’m also starting to write my next novel and a few short stories.

Who are the novelists who have influenced you and who do you wish to inspire through your work?

It’s hard to see my own influences. In many ways, I’m a mongrel reader. I’m as much a fan of Terry Pratchett as I am of Jeanette Winterson. I also read Bengali literature and other literatures in translation. I think we pick up profound things from each book we read as writers, both in terms of style and in terms of craft, like effective characterization and voice. The thought of inspiring anyone hasn’t quite yet occurred to me! But I suspect I have a long way (and many, many books) to go before I’ll inspire anyone.