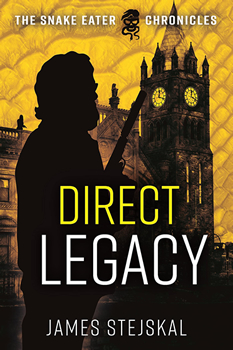 James Stejskal’s latest thriller, DIRECT LEGACY “is intense, riveting, and exciting in equal measure. It conjures up the electric atmosphere of those dark days to produce a fascinating tale of adventure, betrayal, and death on a windswept island,” says Dr. Aaron Edwards, senior lecturer at the Royal Military Academy (RMA), Sandhurst, UK, and the author of Agents of Influence.

DIRECT LEGACY is the third installment in Stejskal’s The Snake Eater Chronicles.

At the height of the Troubles, Northern Ireland lies under a shadow. The Irish Republican Army recruits Neil Fitzpatrick, a rogue Green Beret demolitions expert, for a terrorist attack. The American son of an Irish rebel forced to flee his birthplace, he has a personal agenda with the IRA. Fitzpatrick’s decision to go over to the IRA rings alarm bells in Washington. The American public can’t find out that one of its elite soldiers is involved in terrorism, and the US government won’t rely on the British to find him. They send Paul Stavros, Fitzpatrick’s former Special Forces teammate, who knows him and how he operates.

Paul Stavros knows little of the Irish Troubles, but he does know how to fix problems—and Fitzpatrick has just become his biggest headache. But before Stavros can go operational, he must endure an arduous selection process to satisfy the UK’s reluctant joint SAS-intelligence cell that will back him up.

Once, Fitzpatrick and Stavros were comrades and friends. Now they’re pawns on opposite sides of an ugly war where all is fair—and no one is innocent.

The British want to kill one, the IRA wants to kill the other. It’s a race to see who will be first. 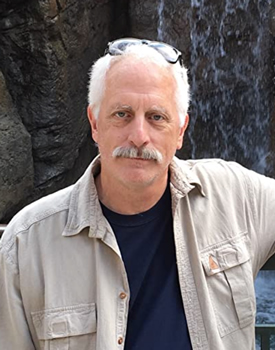 In addition to being a novelist with a special forces background, Stejskal is a military historian, conflict archaeologist, and author of six non-fiction books. His travels and the people he has encountered around the world have shaped his world-view. He is a Military History Matters Silver Medal winner and has contributed to numerous military history and national security articles published in peer-reviewed journals and elsewhere.

Stejskal says he likes “wild animals …  12 years in Africa gave me the opportunity to assist a number of organizations and spend a lot of time in the field tracking and observing them.”

About the genre, plot, character, and setting of DIRECT LEGACY, Stejskal says, “I am a military historian and an espionage/military fiction writer. Before I got here, I spent 35 years in remote places working with some interesting people. Jokingly, I say it was to get inspiration for my writing. I tell stories that I lived—I never knew what would happen next. I hope I can surprise the reader in the same way.

“The plot came first, but the characters were already known to me as this story tracks an incident that actually happened.”

Beginning a fictional work defies challenge and welcomes opportunity, and DIRECT LEGACY is no exception. Stejskal confesses, “A well-known London literary agent warned me not to write this book. He said Northern Ireland was not a subject publishers wanted to take on and the public didn’t want to read about it.

“I thought, wait a minute. What about Harry’s Game or Northern Spy—those books did just fine. Better than fine, in fact.

“Luckily, my publisher and my editor agreed.

“This is a novel. Maybe it’s based on facts, maybe just a couple of incidents, but isn’t that what fiction is all about?

“I was surprised at how vehement some people are about the Troubles in Northern Ireland. Some refuse to accept that there are two sides to every story (maybe more) and there are as many bad people as good on both sides. No one is innocent (so) don’t expect many good guys in this story. Everyone has an angle, a hidden agenda…”

In 1944, Captain Basil Henry Liddle Hart, the “captain who taught generals” and the architect of the strategy of indirect approach, published his reproving work, WHY DON’T WE LEARN FROM HISTORY.

Stejskal raises a similar question, as relevant to our times as Liddle Hart’s angry title in 1944: “Why do we fail to learn from history? The Troubles in Northern Ireland encapsulate much of what mankind has not learned… that is how to live together as humans. But then maybe conflict is as much a part of our DNA as it is to chimpanzees. Makes you wonder if Pierre Boulle didn’t have it right all along…”

James Stejskal is a military historian, conflict archaeologist, and author of six books. To get inspiration for his writing, James spent 35 years as a soldier and intelligence officer with the US Army Special Forces and the Central Intelligence Agency in hot and not so hot spots overseas. His worldview has been shaped by his travels and the people he met around the world.

His non-fiction books include Special Forces Berlin: Clandestine Cold War Operations of the US Army’s Elite and Masters of Mayhem, a study of Lawrence of Arabia and the inception of modern British unconventional warfare, a Military History Matters Silver Medal winner. He has had numerous military history and national security articles published in peer-reviewed journals and elsewhere.