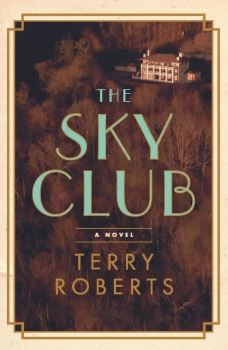 The Sky Club tells the story of Jo Salter, a woman from the North Carolina mountains, who sets about constructing a new life for herself in Asheville in the wake of her mother’s death. A life that no one—including her mother—could have imagined.

Jo has a gift. She is a mathematical prodigy—a woman who sees and thinks in numbers. She secures a job as a teller at Central Bank & Trust, where she recreates herself as a modern woman and rises through the professional ranks. While working at the bank, Jo becomes fascinated by Levi Arrowood, the dark and mysterious manager of the Sky Club, an infamous speakeasy and jazz club on the mountainside above town.

When the Great Depression brings Central Bank & Trust down in a seismic crash, Jo is forced to find a new home and job. She finds both at the Sky Club, where she strikes a partnership with the alluring Arrowood as she is drawn deeper into a glamorous and dangerous life of bootlegging, jazz, and love.

The original idea for THE SKY CLUB was to tell the dramatic story of the day the banks closed in Asheville, North Carolina, which was, in essence, the day on which the Great Depression came to Western North Carolina. The day was November 30, 1930, and it took decades for the region to recover. The next element to surface was the character of Jo Salter, a mountain woman who tells this story in her own voice from inside world of the bank. 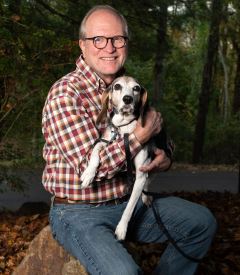 The biggest challenge for me, writing as a man, was telling a long and complex story from the first-person point of view of a woman. But as soon as I began to write in the voice of Jo Salter, the story flowed freely and organically. Ultimately, the challenge of writing from Jo’s perspective was transformed into the biggest opportunity because Jo herself took over this story of courage and imagination in a powerful and unique way.

I have been influenced by a series of Appalachian writers who have written beautifully about my native region, often by telling the story of the especially gifted and adventurous mountain people who made very successful lives for themselves despite the widespread misconceptions about their backwardness and ignorance. These writers include Wilma Dykeman, John Ehle, Robert Morgan, and Fred Chappell. All of these writers knew and understood the inherent human dignity of the mountain people who inhabit my novels.