Friendships Can Be Deadly 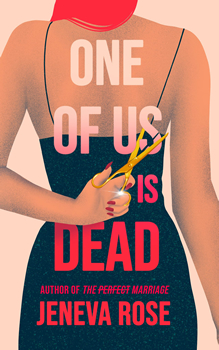 Shannon was once the queen bee of Buckhead, but she’s been unceremoniously dumped by Bryce, her politician husband. When Bryce replaces her with a much younger woman, Shannon sets out to take revenge …

Crystal has stepped into Shannon’s old shoes. A young, innocent Texan girl, she simply has no idea what she’s up against …

Olivia has waited years to take Shannon’s crown as the unofficial queen of Buckhead. Finally, her moment has come. But to take her rightful place, she will need to use every backstabbing, manipulative, underhand trick in the book …

Jenny owns Glow, the most exclusive salon in town. She knows all her clients’ secrets and darkest desires. But will she ever tell?

Who amongst these women will be clever enough to survive Buckhead―and who will wind up dead? They say that friendships can be complex—but no one ever says it can be this deadly.

Bestselling author of The Perfect Marriage, Rose Band-Aid off the underbelly of polite society, which makes it a pleasure to read—and difficult to put down. She took time out of her busy schedule to talk to The Big Thrill about her latest release, ONE OF US IS DEAD. 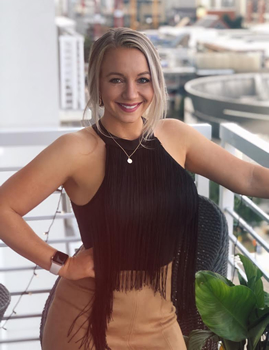 The main theme you explore in ONE OF US IS DEAD is friendship among women. You expose the good, bad, and ugly. Can you tell us the process you used to develop each personality?

I believe friendship is a major part of identity. Who you choose to surround yourself with and the company you keep tells a lot about the person you are. In order to develop each personality, I focused on identity, and each of these women is struggling with some aspect of theirs. There’s the divorcee who is no longer the wife of a powerful congressman, which was her proudest title. Who is she now? There’s the young new wife who has left pieces of herself behind and doesn’t know how she fits into this foreign, extravagant world. There’s the social climber who clings to an identity she doesn’t have yet but one she strives for and will do anything to get. There’s the mother hen who comes to the realization that the person she thought she was she might not be. And then there’s the salon owner who has made her whole life her work. When it’s jeopardized, she ponders whether she has an identity at all. Sometimes when you set out to find yourself, you can end up losing it first, and in times of despair is when people reveal who they really are. Each of these characters’ struggles and goals as it relates to their identity has molded their personalities. It shaped how they behave, how they interact, how they respond, and how they think (which the reader gets an up-close look at since the story is told via five first-person points of view). 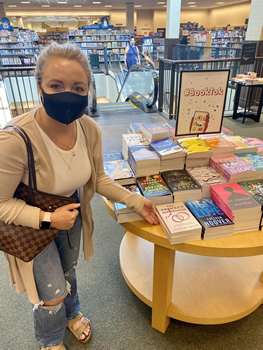 Rose says visiting her debut novel on the #BookTok table at Barnes & Noble was a career highlight, even though it came at the expense of the Internet believing the book was nonfiction and Rose’s husband was an accused murderer. (He’s not, by the way.)

What was the spark that started you on the ONE OF US IS DEAD journey?

I came up with the idea when I was sitting in a salon chair back in Wisconsin. My hairstylist mentioned something I had previously told her, something personal that I didn’t even remember saying. I looked at her and said, “Wait. I told you that!? I can’t believe I told you that!” She responded, “Oh, yes. You wouldn’t believe the things that people say when they’re sitting in this chair.” It was a lightbulb moment, and I thought a salon would be the perfect setting for a thriller, especially with a hairstylist at the center of it all—because they hear and see everything.

Without giving away any spoilers, the climax of the book went dark. That was a brilliant move to justify the resolution. What made you decide to go that route? 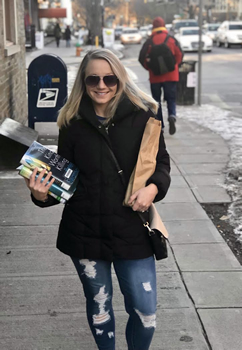 The decision to take the climax to a dark place felt natural given the powerful and ultra-rich cast of characters, some of whom cared more about their bank accounts and possessions than one another. And yes, I also had to justify the resolution. The story starts out frothy and funny, where it just seems like these women are petty and dramatic with far too much time on their perfectly manicured hands. I pictured the conflict in ONE OF US IS DEAD as a brightly lit room. As the story progresses, the lights begin to dim, getting darker and darker, revealing that things aren’t as they seem and that debauchery hides best in the shadows. The characters in this book are wealthy, and nothing covers up misdeeds better than money. Just take a look at the indiscretions and crimes of some powerful and famous individuals that have come to light in the news the past few years. We never really know what’s going on behind closed doors, especially when they’re hidden within gated communities and protected by the best secret keeper of all—money.

What do you enjoy most and least about writing thrillers?

What I enjoy most about writing thrillers is it feels like I’m giving a reader a puzzle—one piece at a time and some of the pieces might not fit until the very end. I love the balance of providing the right number of clues, red herrings, questions that need answers, suspects, and reveals, while delivering them at the most impactful time to keep the reader captivated, titillated, and ultimately shocked when all is uncovered. What I like least about writing thrillers is the peculiar research I sometimes have to do. I mean I do enjoy it, but I also worry. Last week, I googled “How long does it take for a body to decay?” Thanks to my suspicious search history, I am surely on some sort of watchlist and/or have an assigned NSA agent. 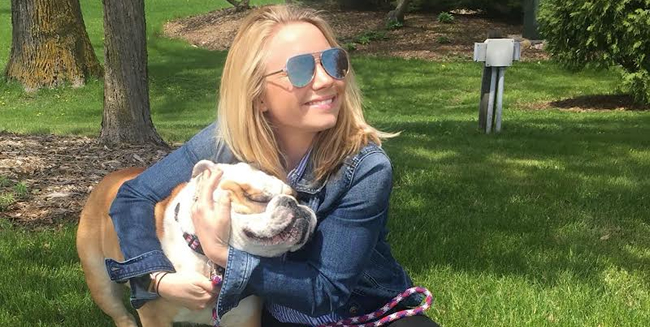 Rose’s stubborn and squishy English bulldog, Winston, provides the background music to her writing days: a beautiful crescendo of snorts and snores.

Can you tell us who your favorite authors are, in any genre?

Some of my favorite authors are Karin Slaughter, Liane Moriarty, Chevy Stevens, Peter Swanson, Stephen King, Caroline Kepnes, Colleen Hoover, and Liv Constantine, but I could go on and on.

What books are on your nightstand, yet to be read?

On my nightstand are three ARCs—Run Time by Catherine Ryan Howard, Imposter by Bradeigh Godfrey, and My Summer Darlings by May Cobb. I’m also in the middle of reading His & Hers by Alice Feeney and listening to Young Rich Widows by Kimberly Belle, Layne Fargo, Vanessa Lillie, and Cate Holahan.