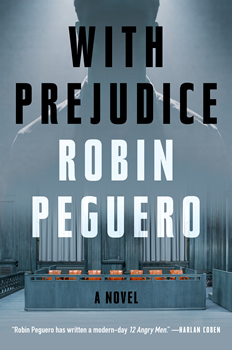 Mysteries and legal thrillers have been around for centuries and are typically seen from the eyes of a strong advocate—one who protects the innocent or catches and prosecutes the guilty.

WITH PREJUDICE by Robin Peguero breaks those molds. It tells the story of a single murder trial from the perspective of seven very different members of the jury struggling with a case that has no body, no weapon, and no witnesses.

Peguero himself spent seven years as a trial lawyer, including time as a homicide prosecutor in Miami, the setting of this novel. For those accustomed to juries with 12 members, he notes that Florida laws are different, with six jurors and an alternate called for in this scenario.

Storytelling is a common thread throughout his career: a summer internship as a general assignment reporter for The Miami Herald, where he wrote about one story per day, helping lawmakers explain complicated topics as a speechwriter in the US Senate, or weaving facts and evidence into compelling stories for juries as a prosecutor.

He now serves as an investigative counsel for the US House of Representatives working on domestic terrorism. Here, Peguero talks to The Big Thrill about his debut legal thriller and how his time in court helped to shape the story.

I’m reminded of Presumed Innocent, with an unreliable narrator and characters who are all compromised in some way, and Rashomon, where the truth depends on who’s telling the tale. What inspired you to write a different sort of legal thriller that shows a world steeped in shades of gray? 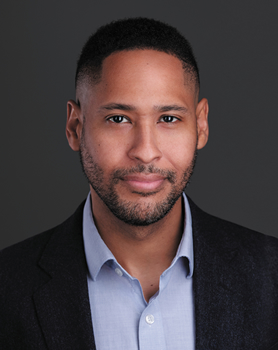 The reality of criminal justice in America inspired me. In a courtroom, there is no objective fact. Only stories. Only perspectives. Only versions of some truth. It’s up to the jurors to figure out their truths.

And whatever they [decide]—and however they end up there—ends up being The Truth. In that determination, it matters less what is being heard and more who is doing the listening. Jurors filter the facts through their own lenses, lenses shaped long ago through a lifetime of experiences and biases.

People will watch the same video, see the same photograph, hear the same evidence, and come to wildly different conclusions, based on predispositions to which only they’re privy. That was fascinating—and frightening as a litigator.

There’s little you can do but figure out who they are first and find folks sympathetic to the story you’re trying to tell. As a writer, I wanted to lift the veil on that little known but powerful truism. Show that the system is far less cold, hard facts than it is an arbitrary roulette of which of your neighbors—the nosy busybody, the one harboring racial resentment, the woke limousine liberal, the silent victim—ends up in the seat of judgment.

How did your background as a prosecutor and speechwriter lead you into writing a novel? 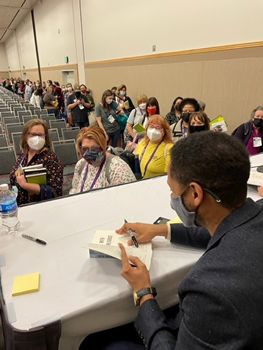 Peguero signs copies of WITH PREJUDICE at the Public Library Association (PLA) conference in Portland, Oregon, in March 2022.

For me, writing has always been about creating stories. There’s an anecdote in the book where the journalist, Dom, recalls a professor telling him his writing is too melodramatic for an academic department. That was told to me once. For better or for worse, even when I wrote legal briefs, I thought of it like a story—with a plot, purpose, beginning, middle, and end.

Speechwriting was storytelling, too, but I was telling someone else’s story, not mine. I was emulating someone else’s voice, not my own. Being a trial attorney, and a prosecutor particularly, helped me find my own voice.

You’re telling the truth, or as close of an approximation to the truth as you can piece together, but it’s still the craft of spinning a tale. You’re trying to get the jurors to picture it all, just as you do when you’re writing a novel.

I didn’t become a writer or a storyteller because of my prosecutorial experience. I’d been cultivating that skill since I was a little boy in grammar school, sitting off to the side at recess with my nose in my spiral notebook, scribbling stories. But prosecution was a perfect vehicle to play up that talent in pursuit of justice, in pursuit of good.

Florida has a great history of crime fiction—and weird crimes, as the only state with its own Fark tag. Are there any stories from your time as a prosecutor that you included or plan to write about in the future? 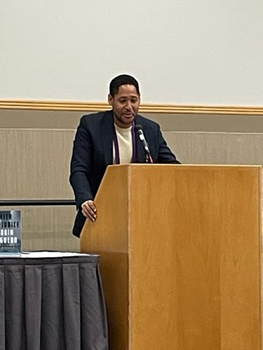 Peguero speaks at the 2022 PLA conference in Portland, Oregon.

Some real-life cases made its way into the story. The tough loss Sandy faced at the hands of an all-female jury featuring a college girl held down against her will and ejaculated upon was a real loss of mine. It reminded me—even when there’s DNA evidence, and supporting witnesses, and a defendant statement riddled with provable lies—it remains difficult to convince society to believe women alleging assault.

There were some laughable cases whose elements appeared in the narrative, like the trial of a man who picked up an iPhone-sized package from the porch of a stranger in broad daylight, drove off in his car, and was caught by cameras—and by the owner sprinting out of his home, chasing after him. The defendant incredulously—and unsuccessfully—claimed that he was just looking out for the man’s property, hoping to move the item for him before it got swiped.

After all that, what was the prize inside? Index cards the owner’s daughter had bought to create study aides. The courtroom was always a circus in Miami—featuring everything from sovereign citizens speaking in the third person to a defendant who hurled feces at the judge—and I wanted to inject some of that unpredictability into the novel.

Do you see this as the first in a series, with one or more of the characters continuing, or a one-off? And either way, what are your plans for the next book? 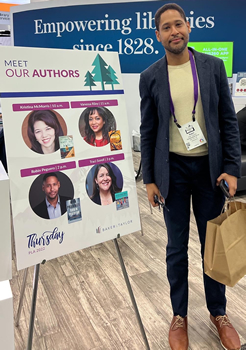 Peguero at the 2022 PLA conference in Portland, Oregon

I am partial to the idea of taking a character from one book and threading that same character—even if only in a supporting role—into the story of a second but wholly different tale. That way, the works have standalone value but exist in the same universe.

I am currently working on a novel that does just that. It’s a political thriller set in my old stomping grounds, the US Senate.

WITH PREJUDICE ends by tying the fate of a character to a political future, so it was logical to step into that world next and expose its inner workings. So much of what happens there—from the senators at the top to the lowly staffers, overworked and underpaid to keep them happy—is tied up in class, sex, race, and naked ambition. It’s also an intriguing setting for another murder mystery.