A Horror Movie Comes to Life 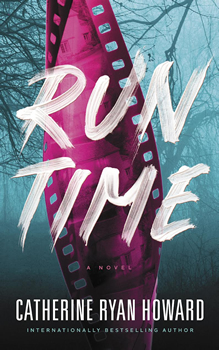 When former soap star Adele shows up on the scene of a horror movie being filmed in the woods, far from civilization, she’s excited about the opportunity. This is her chance to break through as an actor. But she soon notices that things in the script for Final Draft are also happening on set—because something isn’t right with this place or this movie.

This is the latest in her string of high-concept thrillers, but while Howard’s novels are certainly high concept, the setting of RUN TIME is quite familiar—it’s outside her hometown of Cork, Ireland—and she got an inside look at the acting business from her brother.

In this exclusive interview with The Big Thrill, Howard delves into her writing process, shares the inspiration for her latest novel, and speculates on why mysteries and thrillers have such a longstanding appeal with readers.

You have a history of writing books with unique hooks and twists like Rewind and The Nothing Man, with different characters and situations each time, instead of a recurring protagonist/detective. How do you craft and map out these puzzles? 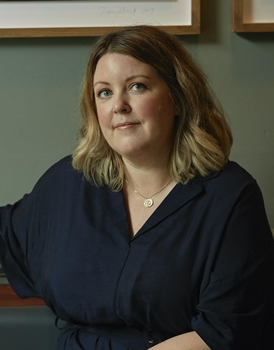 I can’t see myself ever writing a series because I love the challenge of the completely fresh start every time. I always say the best writing advice I ever got was write the book you want to read but can’t find on the shelf, and that’s always what I try to do. And what I want to read is something that absolutely fits within the expectations of the genre we think of as mystery/thriller, but also feels new and fresh.

I find that newness—I hope—by playing with structure. So The Nothing Man was half a fictitious true-crime memoir and half the killer’s reaction as he read it (at the same time you, the reader, did).

56 Days began in the present with the discovery of a dead body and then jumped back to 56 days ago when the couple first met, 52 days ago to the first date, 49 days ago to the second and so on, so the truth of what had happened dawned slowly.

In RUN TIME, the events in the movie they’re there to shoot begin to happen on set, and the entire script for that movie is inside the novel. As for mapping and crafting, I never met a superfluously color-coded Excel spreadsheet I didn’t like.

What inspired you to write this novel, and how did it evolve as you wrote it? 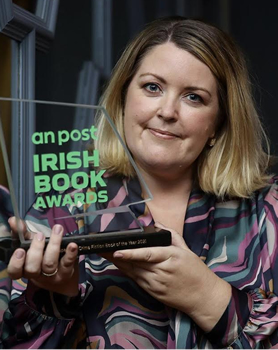 Howard with her 2021 Irish Crime Novel of the Year Award

My brother John is an actor, and in 2016, he filmed an independent Irish horror movie called Beyond the Woods. The set was a secluded farmhouse in the middle of the Cork countryside in the dead of winter—just as creepy as the film itself.

One of the stories he told me about the shoot was that, when the crew arrived, one of the first things they had to do was visit the local Garda (police) station to inform them about it. So if someone called to report hearing screams from the forest in the middle of the night, they’d know it wasn’t anyone getting murdered, it was just them filming a scene.

But when he told me this, I thought what if it was someone getting murdered and they were just using the shoot as a cover to get away with it? That’s where the idea for RUN TIME was born.

When I actually sat down to write the novel, however, that little seed of an idea was overtaken by the set being so secluded and, without transport or cell phone reception, very difficult to escape. I also wanted to write a book about the dangers of wanting something too much, too badly, and how that might push you to do things or put up with conditions you wouldn’t normally.

I had also just written a really complicated book (56 Days) where the timeline was entirely jumbled up, and I wanted to write something linear that took place over a very short period of time.

Is there a minor character or scene that especially came alive you can tell us about without giving away the plot? 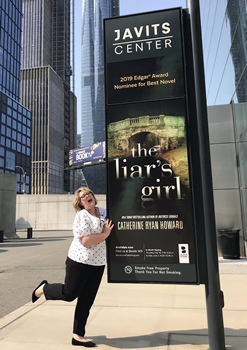 RUN TIME has an extremely small cast so not really, but I really did enjoy writing a scene at the very start of the book where the main character, Adele, auditions for a painkiller commercial in LA. I loved it so much I went to town on it and had to cut it back by about half. I just find all that stuff so unintentionally funny; I love movies like For Your Consideration and The TV Set, and TV shows like Call My Agent. Again, my brother was useful here, having auditioned for many commercials.

One of the things he told me was how they will often give you completely contradictory direction in the room, for example, “You’re feeling nervous and anxious—but you’re also confident and brave. Show us what that’s like.”

Can you tell us about one of your favorite parts of this novel?

It’s very difficult to talk about any specifics of the book beyond the first two or three chapters because spoilers abound—I prefer readers go in cold.

But I really enjoyed writing about the location: a secluded old house in the middle of a forest on the Sheep’s Head peninsula in the wintry wilds of West Cork. Readers might know what kind of area I’m talking about if they’ve seen the Netflix documentary about the murder of Sophie Toscan de Plantier—that happened on the neighboring peninsula, just to the south, so the landscape looks quite similar.

56 Days took place in a modern apartment in Dublin city center, so it was fun to write about the isolation of the woods, particularly at night.

How did the pandemic affect your normal writing and travel routines, especially for book launches? 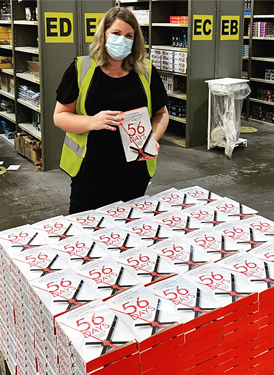 I cannot complain about the pandemic, and if anyone ever catches me doing it, please give me a slap. It gave me the idea for 56 Days—a thriller about a couple who meet in lockdown just before COVID reaches Ireland, and then move in together so they can keep seeing each other and adhere to our lockdown 1 rules, despite basically being strangers—which has been my most successful book to date, so if anything, it helped my writing.

I kinda liked having to cancel everything and stay at home with my books, Netflix, and Lego—to a point. It’s wonderful to see book launches etc. back in full force (here in Ireland).

Why do you think readers are so viscerally attracted to mystery/thrillers, and what brought you to writing in this genre instead of another?

I can only say what brought me to then when I was a teenager and continues to now, because I was a fan of mystery/thrillers long before I wrote them. What I love is the puzzle of the plot, the promise of a gasp-inducing reveal, and an insight into a mind that is darker than most.

What can you tell us about the next novel? 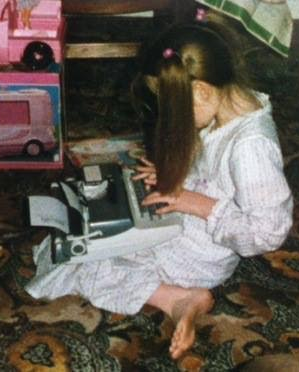 Throughout the ’90s, a number of women vanished without trace from Ireland in a case that become known as The Vanishing Triangle. It dominated the headlines when I was growing up and I think was probably formative in my writing crime fiction.

My next novel puts a similar set of disappearances in the present day and asks, if a loved one disappeared without trace, which is worse: the grief-in-waiting or the torment of not knowing what happened?

And how far would you go if you just had to know?