“Writing is so difficult I feel that writers, having had their hell on Earth, will escape all punishment hereafter.”—Jessamyn West, novelist

In the still lonely hours before dawn, I plopped into the armchair, elbows digging into the knees of my ripped jeans. I dropped my head into my hands, grabbed a fistful of hair, and screamed. After finishing my best writing yet, or so I had thought, an editor tore the plot to shreds. Rewrite after rewrite, dead-end after dead-end, I wailed at the clock and shook my fist at the heavens, cursing and slamming things. Still, at every turn, I met one roadblock after another. Little did I realize my reactions were my biggest enemy, but at the time I didn’t know what else to do.

Everybody has stress. If you’re an author, writing stress is an occupational hazard. Certain degrees of stress cause us to freak out. But how often do we sweat the small stuff? And how often do those little things obscure our creative mojo? Paying attention to your stress needle can help you self-regulate and map your writing stressors to get a clearer indication of the situations that trigger you, measure how your stress changes over time, and where and with whom threats reside. The needle also reveals under which conditions you’re most and least resilient.

Suppose you’re going in circles with a tangled plot. Or your characters are inconsistent. You didn’t score with an agent. You hear crickets at book signings. You can’t figure out how to tie the ending of your thriller together. Your editor is icing you. Your inner critic eviscerates you on the way to your computer. Or while your colleagues hit it out of the park, you’re languishing in dry well syndrome. The list is endless. But you can start to modulate stress reactions by asking how stressed you feel in different scenarios and determine the degree and source of writing stress. Then you can use a 10-point scale to assign a stress level where 0 is mild and 10 is the highest possible stress:

On the 10-point scale, everyday setbacks such as a printer paper jam are 0-to-3 level triggers. If a member of your writing group steals your idea for a thriller, it might be a 4-to-7. And real life-or-death threats and crises such as a cancer scare or a friend rushed to the ER score an 8-to-10. The quick assessment of the threat level reduces the likelihood of sweating the small stuff. Asking yourself if a situation is worth losing it can give you a change of perspective, helping you separate the small stuff from the big kahunas, cultivate instant calm, and keep your “creative brain” online. 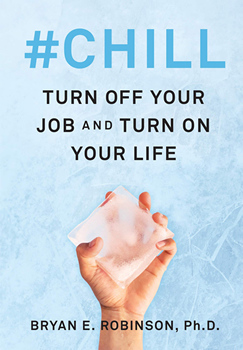 I often notice when I’m under a writing deadline, for example, that I might react to a printer jam or a story line going nowhere (clearly a 1 on the scale) as if they’re a 9 or 10. These disproportionate reactions add insult to injury, raising my stress level higher than necessary and throwing my creative brain offline. But when I gauge my stress needle, I realize the stress isn’t as big a deal as I’m making it.

When you remain chill under mundane 0-to-3 circumstances, it’s easier to keep your cool during a dire 4-to-7 event when being calm is essential. Even in some 8-to-10 life crises, it’s possible—and arguably more effective—when we can remain calm. Noting specific situations or people you avoid during the writing day can help you figure out what threatens you. Your needle might be at a three right now, but it might’ve been a seven or eight when you made that presentation or pitched a new novel to an editor at ThrillerFest.

Suppose your next-door neighbor’s dog is barking so loudly you can’t concentrate on your work. Or you spill milk on the kitchen counter. You can remind yourself that the milk fumble is a one and the barking dog scenario is maybe between a two or three but not a ten. Quantifying each upsetting event helps you self-regulate and activate your prefrontal cortex before your emotional brain has a chance to throw it offline. Each time you remember to quantify these upsets, it protects your creative mojo, and you become more skilled at staying calm.

On the flip side, suppose you treat the spilled milk as an eight, cursing and slamming the carton on the counter, splashing more milk, and getting angrier. Bingo, double jeopardy! Your unbridled reaction made spilled milk worse than it was, turning an original one into an eight. In effect, you forfeited your power to your emotional brain that hijacked you, making you a victim instead of master of the circumstance. The goal is for your creative brain to oversee your reactions instead of your reactions to mastermind your creative juices.

What about in this moment? You can take your stress temperature by asking how stressed you feel right now using the ten-point scale. You can also recall times when you were under stress and compare those to how you feel in the present moment. You can use this measurement to map stress patterns by comparing your ratings as they go up or down from one situation to another or from one part of your writing regimen to the next, for example, in the morning compared to later in the day. The measurement tells you if your mood sours as the day drags on and what circumstances trigger the shift. This enables you to identify patterns and themes that yield insights into what you need to modify to be a calmer, more engaged, and productive writer.

The August 2022 Edition of The Big Thrill is Here!