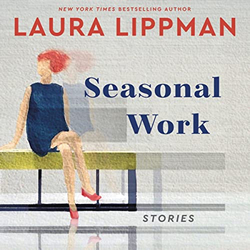 We have great respect and admiration for writers who can capture the essence of characters and generate engaging plots in the limited space of a short story. For audiophiles, a short story collection provides complete experiences in brief bites. And in some cases, these collections allow listeners to experience a variety of narrators. Below is a sampling of mystery/thriller short story audio collections, each from a single author.

In SEASONAL WORK, listeners experience suspenseful stories by award-winning author Laura Lippman, read by a full cast of narrators. The collection includes stories and a novella featuring fierce women, including Lippman’s Baltimore PI Tess Monaghan. A COVID-inspired story, “Just One More,” features a couple who sign up for a dating app to relieve some of the pandemic boredom. Lippman reads the afterword herself to provide context for the stories.

Carlos Ruiz Zafón’s collection THE CITY OF MIST is read by Daniel Weyman. This Earphones Award winner creates the atmosphere needed to draw listeners into the gothic horror that unfolds in Barcelona in various historical times. The 11 stories build on the Cemetery of Forgotten Books series, which includes The Shadow of the Wind and The Labyrinth of the Spirits, also read by Weyman. The short story collection might be a good introduction to the world Zafón has created. 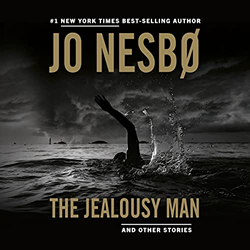 If you’re into Scandi-noir, you might enjoy Jo Nesbø’s THE JEALOUSY MAN AND OTHER STORIES, read by a full cast of narrators, including Golden Voices Simon Vance and Edoardo Ballerini. Nesbø, known for his Harry Hole series, provides listeners with 12 stories in two parts. Part One is focused on stories of jealousy, while Part Two is themed on power. The collection kicks off with “London,” performed by Vance, whose delivery makes this a real stand-out. With more than 20 hours of listening, this is an audiobook made to be consumed in small bites.

The final mention goes to LOVE & OTHER CRIMES by Sara Paretsky, read by Susan Ericksen. Ericksen is the voice for Paretsky’s V.I. Warshawski series. The popular private eye features in seven of the 14 stories in this collection. The challenge for a narrator in a short story is, with limited time, to convey the characters, build tension and interest, and convey the world the author has created. Ericksen masterfully does just that in each of the stories. Paretsky fans will also appreciate her sharing the inspiration for each of the stories.

Mystery and Suspense Audiobooks for May from AudioFile Magazine

AudioFile’s audiobook picks for May include promising starts to new mystery series and a captivating interpretation by a cast of narrators of an excellent stand-alone mystery that’s been hanging out on the bestseller list. Fans of Anne Hillerman’s long-running Leaphorn, Chee, and Manuelito series will be delighted by her latest chapter. Explore the full list below and dive into something thrilling. 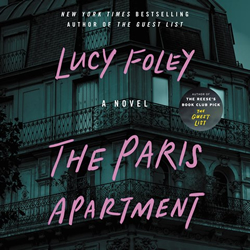 With its outstanding cast of narrators, this audiobook immediately draws listeners into the messy lives of the inhabitants of an elegant-looking Paris apartment building. Narrator Sofia Zervudachi masterfully portrays the edgy Jess as she goes on a mission to uncover what has happened to her half-brother, Ben, who has mysteriously disappeared. Residents of the apartment building alternate chapters, sharing aspects of their relationships with Ben. The narrators perfectly capture their characters—ranging from the imperious Madame Sophie, portrayed by Clare Corbett, to the fragile Mimi, portrayed by Daphne Kouma. Captivating. 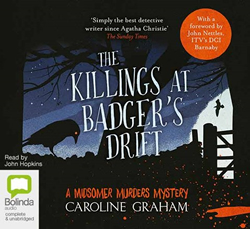 John Hopkins performs this first in the Midsomer Murders series. Published in 1987, the novel offers a complicated mystery with multidimensional characters and murders galore. With his sensuous baritone, Hopkins draws listeners into the tiny hamlet of Badger’s Drift, where DCI Barnaby and DS Troy investigate an elderly woman’s murder. Hopkins is quietly intense while the body count grows. As his soft-spoken Barnaby interviews suspects, Hopkins smoothly reveals possible motives and would-be scandals. Whether you’re a fan of the TV series or a newcomer, this series starter on audio is terrific. 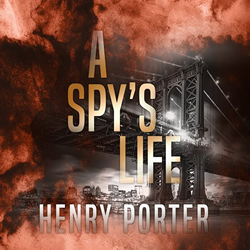 Matthew Lloyd Davies’s performance is intelligent, honest, and compelling in this intriguing story filled with spycraft and surprises. Robert Harland, ex-British spy, currently works for the UN secretary-general. After surviving a plane crash, which was possibly the result of sabotage, he’s drawn back into intelligence work. As narrator, Davies is the complete package. His voice is flexible, and his characterizations are completely credible, thanks to his top-notch acting. His British, Czech, and American accents are impressive, and he captures all the emotions packed into this terrific audiobook. 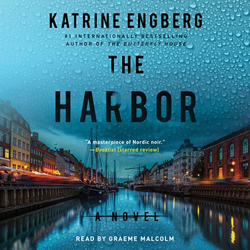 Narrator Graeme Malcolm voices Danish detectives Jeppe Kørner and Anette Werner in the third book in this atmospheric Copenhagen-based series. When 15-year-old Oscar Dreyer-Hoff goes missing, the search is on to find him. Malcolm’s British accent warms the listener to the protagonists working together against the backdrop of the harbor in this police procedural. As more bodies turn up, the heat is on, and the twists keep coming. This compelling audiobook leaves a shock in its final macabre moments. 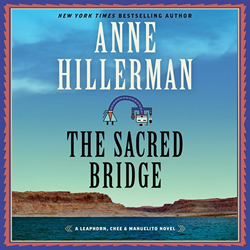 It’s never a surprise to fans of the Leaphorn/Chee/Manuelito series when any one of the characters stumbles across a dead body—but this installment involves two characters and two bodies. Listeners won’t be confused by the dual plotlines, as narrator DeLanna Studi’s distinct characterizations keep the storylines clearly differentiated, allowing listeners to also absorb the depictions of the story’s physical setting and culture. A glossary of Navajo words narrated by WWII code talker Peter MacDonald provides an excellent reference.