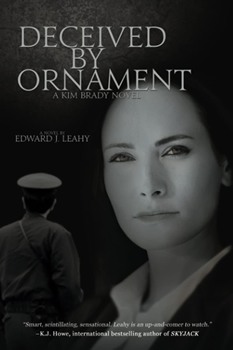 In his newest, DECEIVED BY ORNAMENT, Brady must find the killer of a beloved community activist and immigration lawyer. The only witness is a 15-year-old escapee from a human trafficking ring. The witness describes the killer as wearing a police uniform. This isn’t what Brady expected to be working on during the short stint in the NYPD’s Internal Affairs Bureau, but she’ll give it her all to catch the killer, even if it turns out to be one of her own.

A lifelong New Yorker, Leahy and his wife, Cindy, enjoy all that the city has to offer and spinning stories of crimes, past and present, using their favorite restaurants in scenes. In this interview for The Big Thrill, Leahy shares more about the inceptions of his writing career, what inspired his latest book, and why routine is important to his job.

How did you catch the writing bug? What was your first experience with being a published writer?

In 1964, when I was 11, my mom decided to go back to work, and my dad bought her a used manual Remington typewriter so she could practice. I came home from school one afternoon after she’d started working and saw the typewriter, and I rolled in a sheet of paper and started hunt-and-pecking. But the bug didn’t bite hard until I was in high school, and from then on, writing was always something I wanted to do. My first published piece was on special education (I have two grown children with developmental disabilities) in 1998 in New York Teacher, a magazine published by New York State United Teachers. They paid me $25.

What authors or books have influenced your career as a writer? Why?

James A. Michener captured my imagination when I was in high school, and I still love historical fiction (and I’m planning a historical mystery). He also wrote a few books on writing and publishing, which I devoured, and one of his novels, The Novel, was about the publishing industry. I stayed up all night to read it.

But when I turned to the mystery/thriller realm, I was influenced by four writers. Steven James’s Story Trumps Structure was a huge help and still stands as the best book on the craft of writing I’ve ever read. Lisa Gardner is brilliant at weaving unusual subplots into her stories. Robert Dugoni can take two seemingly unrelated crimes and tie them together. And, finally, David Rich, whom I met through the MWA-NY mentor program, gave me terrific advice on my first novel, Past Grief: “You’re a basketball guy. Don’t walk the ball up the court and look for a pass. Think like Russell Westbrook, always pushing, pushing, pushing.” 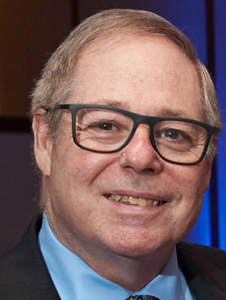 How difficult, or easy, do you find it to keep coming up with plots, characters, and endings?

The basic story isn’t hard at all. For DECEIVED BY ORNAMENT, I knew when I started I wanted the story to involve immigration, that it would start with the murder of an attorney who specialized in immigration law, and that the killer would be dressed as a police officer. This second part was a requirement for the story because Kim Brady works in the NYPD’s Internal Affairs Bureau, and they would catch such a case. I also knew there had to be political interference because immigration is a hot political topic. The rest of the story evolved as I wrote it. I also knew I wanted to use the reporter character, Joanna Dunbar, because I had introduced her in Past Grief, and the idea of a reporter and a detective as friends struck me as offbeat enough to make an enduring subplot.

Very, and when I worked on the corporate hamster wheel, it was at times very difficult to maintain. Many was the night I sacrificed sleep to write. But retirement was a revelation. As I am an early riser and my wife is not, I typically set aside three hours in the morning to write or pursue writing-related activities. Sometimes, I extend that further into the day, but those first hours are crucial, and I rarely miss a day.

What is the challenge of writing from a female perspective—especially since the protagonist is a police officer dealing with tough issues?

The biggest challenge is to avoid stereotypical behavior, both in the character and those who interact with her. Kim thinks and acts outside the box much of the time, a trait she picked up from her dad that tends to make for contentious relationships with her supervising officers. I didn’t model Kim after anyone, real or fictional; I just started from the premise of thinking differently, and it worked.

In writing a series you use the same characters. Do you find it necessary to create a bio, or create a history for each character? If so, where do you begin the process?

I didn’t think about this until I finished Past Grief, and at that point, I sketched out an arc for each of several characters. But since Kim moved from Manhattan South Homicide in the first book to Internal Affairs in the second, I realized that some characters would not carry forward. Since then, I develop their characters within their subplots as I go, keeping in mind how I might use them in future books. There is one character in DECEIVED BY ORNAMENT whom I didn’t even name but decided to flesh out in Book 3 (due out in September).

How much time do you devote to research compared to time spent writing?

At the beginning of a project, I do a lot of research before and during my initial outlining. After that, I often stop in the middle of writing to go online and research some detail, or to check Google Maps to see if my street references are correct.

All writers are different in their perfect creative environment. Where do you prefer to write? What time of day? Do you write every day? How much time do you spend at one sitting?

I write at my desk in the living room of my apartment, usually from six to nine every weekday morning, and an hour less on weekends because I swim laps at the YMCA those mornings.

How important are the rewrites of a finished story?

They’re vital. And I’m blessed with some excellent beta-readers who point the way.

Edward J. Leahy, author of Past Grief, is a former finalist for the Freddie Award for Writing Excellence. He is a member of the International Thriller Writers and the Mystery Writers of America and has been published by New York Teacher Magazine. He is a retired international issue specialist with investigative experience and holds a B.A. and M.A. in Government and Politics from St. John’s University. He serves on the Board of Directors of AHRC-NYC.