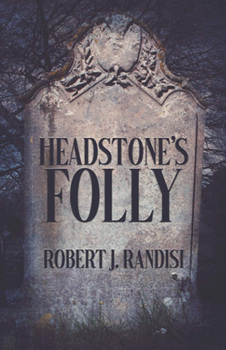 Author Robert Randisi has a long and distinguished career writing not only mysteries but western novels. In 2013, he received the President’s Award from the Read West Foundation which recognized his major career contribution to western literature. In 1993 he was the recipient of a Lifetime Achievement Award from the Southwest Mystery/Suspense Convention. He and Ed Gorman co-founded Mystery Scene Magazine and American Crime Writers League. In 1981 he founded the Private Eye Writers of America, where he created the Shamus Award.

Randisi is the author of the Miles Jacoby, Nick Delvecchio, Gil & Clare Hunt, Dennis McQueen, Joe Keough, and the Rat Pack mystery series, the editor of more than 30 anthologies, and the author of over 600 novels. And now he is the creator of a new mystery series that began with The Headstone Detective Agency.

HEADSTONE’S FOLLY is book two in the series about John Headston, a private detective who, early in his career, successfully ran a 12-man operation called the Headstone Detective Agency. It was called that because the guy who painted the name on the door added the “e” at the end without realizing it was wrong. In his past, John had had run-ins with not only the law, but with the New York State agency who’d licensed him, resulting in some time in jail and a revoked license. Now he’s back, trying to get started again.

But life is never simple for Headston. The woman who caused trouble for him 12 years ago is asking for his help to clear her boyfriend of a murder charge. Headston takes the case while attempting to avoid running afoul of the law and having his license revoked—again—and possibly for good this time.

Here, Randisi talks with The Big Thrill about his writing, his love of mysteries, and advice for authors of detective stories.

Tell us about your experience as a published writer.

When I was 15 years old, my mother and father bought a typewriter for me. That was the only support I ever got for my plans to be a writer, and even that was unintentional. My first story I sold was “Murder Among Witches” in 1974 for Mike Shayne’s Mystery Magazine. I thought I had it made but didn’t sell another one for three years. Now, I’ve been writing for more than 50 years, with 600 books and counting. 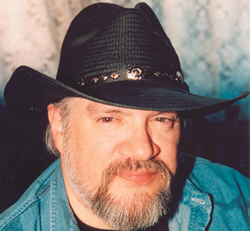 What accomplishments are you most proud of?

I founded the Private Eye Writers of America and created the Shamus Award. I’m proud of how far they’ve come from when I first envisioned them in 1981. They’ve supported and enhanced what was once a subgenre and supported and launched careers. Founding Mystery Scene Magazine is something I’m proud of. It’s still going 33 years later, and it’s what Ed Gorman and I intended it to be—informative and educational.

Are any of your characters based on people you’ve seen, met, or know?

Growing up in Brooklyn was fun, interesting, and research for future books. Working for the NYPD was eight years of an interesting education, which was useful later in my career. It taught me that if I could have a piece of pie with Wild Bill Hickok, I wouldn’t sit with my back to the door.

What authors have influenced your writing?

As a mystery writer, I owe my writing life to Ross Macdonald. He and Paul Newman (Harper) put me on this path when I was 15 years old, and I will always owe them.

Elmore Leonard, aka Dutch, gave me a blurb for one of my early private-eye novels. He influenced my crime writing, not my western writing. His writing showed me there were more than three ways to write in third person. Even his third-person narrative took on the personality and language of the characters, rather than being omniscient.

For my western novels, I truly enjoyed Ben Hass when he was writing his Fargo series using the pen name John Benteen.

What’s been your greatest challenge as a novelist?

My life has been enhanced, informed, and inspired by being a novelist, so being one has never been a challenge to me. The only challenge I might acknowledge was getting published in the first place. Once that was done, the rest was gravy.

I’ve always been too busy writing to explore anything. I write every day and night and have never had writer’s block because I won’t allow it. Maybe I could have explored a way to possibly write faster . . . nahhhhh!

If you want to talk about something that enhances, inspires, and challenges, it’s being married to a writer for 26 years. But it’s not simply that I live with a writer, it’s that I live with someone who is a fine writer, a great editor, and a muse.

Tell us something most people don’t know about you.

I was terribly shy when I was younger. I had virtually no personality until I started interacting with other writers from all over the country and the world.

I’ve written under numerous pseudonyms, both private-eye and western novels. It was a necessity when I stared in the ’80s. It was the only way to write four different series for four different publishers at one time.

What advice would you give authors aspiring to write PI characters?

The best advice I ever received is the same advice I give—sit down and do it!

History has taught me that there’s really nobody you can count on but yourself. People and influences come and go. In the end, the only one who is always there is me.

Robert J. Randisi is the author of the Miles Jacoby, Nick Delvecchio, Gil & Claire Hunt, Dennis McQueen, Joe Keough, and the Rat Pack mystery series. He is the editor of over 30 anthologies. All told he is the author of over 600 novels.

Randisi is the founder of the Private Eye Writers of America, the creator of the Shamus Award, and the co-founder of Mystery Scene Magazine.