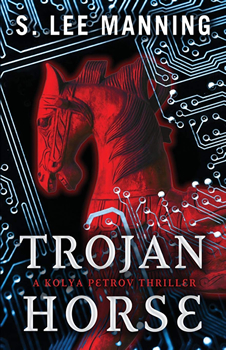 Russian-born American intelligence operative Kolya Petrov is being set up…by his own organization. After several agents die who were investigating the criminal mastermind Mihai Cuza—a direct descendent of Vlad the Impaler—Kolya is sent on a suicide mission that will likely have him suffering the same fate of Vlad the Impaler’s many victims. Only he doesn’t know it—and neither do his partners.

TROJAN HORSE is the debut novel of S. Lee Manning. In this The Big Thrill interview, Manning takes time out of her busy schedule writing the follow-up to TROJAN HORSE to answer a few questions about her new release.

What drove the development of the Russian-born American spy Kolya Petrov?

There are a number of elements that went into my creating Kolya Petrov. I’ve always been fascinated by Russia—the incredible cultural richness in a country that has struggled with totalitarianism, first with the czars, then under Communism, and now with Putin. The Russian people live in a harsh environment, both politically and physically, and yet create amazing beauty in music, literature, ballet, architecture. That somehow seems an appropriate origin for a character who is deeply romantic, loves music, and yet is a quite capable killer when necessary. I also like characters who don’t quite fit in—and Kolya, while he is very good at his job, is also something of an outsider. Thus, I decided to create a Russian-born American spy, actually a Jewish Russian-born American spy. In terms of creating his personality, absent the killing people and playing jazz piano, I based a lot of Kolya on my husband—including the distaste for Jane Austen.

In a previous article with The Big Thrill, you stated that you like when there are no easy answers for your characters. Kolya is placed in several of these types of situations. How does his background help him find his way out?

Kolya is someone who could have gone either way in his life. He had a loving mother, who taught him to play piano, but who died when he was nine. He then went into an abusive situation—where he learned to survive by fighting. Had he not been adopted by a cousin and brought to the United States, he could have wound up in the Russian mafia. But because in growing up his abusive experience was sandwiched between two loving homes, he developed the ability to balance his strong self-preservation instincts with concern for other people. So when the choices are to save himself or someone else, his concern for other people is what generally wins out. 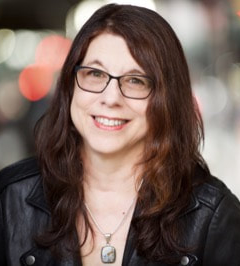 I think Kolya would take issue with being described as a killer. He would consider himself an intelligence operative, who is capable and competent at killing—not that he particularly wants to kill, but he will do so when necessary—but whose objective is to protect the United States and the people in it. (Of course, his enemies would describe him as a killer—which is not completely inaccurate.) One of Kolya’s traits, though, is that while he feels deeply, he doesn’t often verbalize what he’s feeling. Repressing his emotions is what helps him survive, but music is the means through which he can safely express himself.

One of the main characters of TROJAN HORSE is a lawyer who fights for those on death row. In one of your previous careers, you did the same. How hard was it to fight these cases knowing someone may die if you lose? Does this come out in your main character, Kolya?

I never tried a death penalty case. I was the Chair of New Jerseyans for Alternatives to the Death Penalty, a group that lobbied against the death penalty, and I helped draft the bill that replaced the death penalty with life without parole in the state. (I lived in NJ at the time.) I became interested in opposing the death penalty after someone who had a strong innocence case but a terrible lawyer was executed in Texas. I also met a number of people who had been on death row—but were later proven innocent. I could go into all the other reasons I find the death penalty problematic, but my interest first rose from cases of innocence. However, to be clear, I’m not a pacifist. I believe in self-defense. Still, it’s one thing to be okay with shooting back if someone is shooting at you, but it’s another to take a person in chains, strap them down, and kill them. Some of that philosophy went into creating Kolya. He’s an excellent shot, and if someone is threatening his life or the life of someone else, he’ll take them out. But as he tells one of the other characters in the book—he’s not an assassin.

Kolya and his girlfriend’s Jewish faith is another major theme in this novel. How did that come about in the writing process?

It became a much bigger theme when I did the last rewrite in 2019 before submitting TROJAN HORSE to Encircle Publications, paralleling my personal life as well as events in the wider world. While I’ve always been proud of my Jewish identity, I didn’t really feel a need to become an active member of a Jewish community—and I am now a member of the Jewish Community of Stowe—until Nazis marched in Charlottesville chanting, “Jews shall not replace us.” I grew up comfortable in America, not worried about anti-Semitism, although my grandparents fled anti-Semitic violence in what was then the Pale of Russia at the start of the 20th century, my uncle survived Auschwitz while his mother and sister were gassed, and unknown distant cousins were machine-gunned by Nazis and Ukrainians at a pit known as Babi Yar. But recent events have allowed the specter to appear again, which spurred me into connecting more closely with my Jewish roots. The frightening rise in anti-Semitism among far right groups in the past few years also prompted a rethink of TROJAN HORSE. I wanted the book to deal both with the type of vicious anti-Semitism that targets Jews and promotes conspiracy theories about Jews—and also to raise the question of whether people who do not believe themselves to be anti-Semitic nevertheless harbor bias that affects their decisions. I don’t answer the last question—I just try to raise it subtly.

I also wanted to dispel some stereotypes about Jews. You can be Jewish but not religious: Neither Kolya nor Alex is—although they are more drawn toward their Jewish identities by the end of the book. There are also stereotypes in popular American fiction and movies about Jewish Americans—how they look, how they act, what kind of jobs they hold. But the reality is quite different. There are blond Jews, Black Jews, brown Jews, Asian Jews as well as the more typical Ashkenazi Jewish Americans portrayed in books by Philip Roth and in the movies of Woody Allen. And while popular culture may portray Israeli Jews as deadly secret agents—American Jews, not so much. American Jews are likely to be portrayed as lawyers, doctors, professors, writers—intellectual and neurotic. Recent Russian Jewish immigrants to the United States are even more likely to be stereotyped—as gangsters, or worse, stupid gangsters. In creating Kolya, I wanted to create a sympathetic and attractive protagonist who would defy the stereotypes for Jews, especially Russian Jewish Americans.

(By the way, to show the relevance of this theme: I wrote a blog on developing Kolya’s Jewish identity in TROJAN HORSE for Rogue Women Writers. I posted an excerpt and a link to the blog on my author Facebook page, which is open to the public. Someone posted an anti-Semitic slur in response.)

How did writing TROJAN HORSE compare with writing your award-winning short stories?

I haven’t written short stories for a while. I view a really good story as something of a prose poem, where every word has to be carefully and precisely chosen but where development of characters and plot are constricted by space.

I am now more interested in the greater complexity of plot and character that is possible in the roomier world of a novel.

How do you get back into a writing flow when life pulls you away from the computer?

Coffee helps. But seriously, to get back into the writing flow if I’ve been away, I reread and edit what I’ve already written. If I’m starting a new book, I sometimes reread part of the previous book. It gets me back into the world.

It took 15 years and many obstacles to get TROJAN HORSE published. What is the one piece of advice you would give to writers working on their own novels?

My biggest piece of advice is to like, if not love, what you write. It’s a crazy and uncertain business—and getting published is a crapshoot, even if you write a great book. The point of the writing has to be the writing. If you don’t love what you’re writing, what are you doing this for?

When you write, you don’t get feedback from the readers until the work is finished. You are a talented comedienne. How does getting instant feedback compare?

So with the type of books I write, it generally takes me between six months to a year to finish. Before I signed with Encircle, I would send a manuscript off to agents and editors and wait another three to six months to get the rejections. When you’re doing stand-up, there’s something rewarding in knowing instantly that you suck. Or the flip side, to be less flip, it’s a great feeling to stand on a stage and get laughs and not have to wait on pins and needles to hear what readers think. You either get laughs or you don’t. When you don’t, you can fix it quickly—just change up the jokes for the next gig. It’s a little more difficult and time-consuming to change up a novel. Writing novels and performing stand-up are about the same in terms of monetary compensation, by the way. People at the top do well—the rest of us either have other forms of income or are living on ramen noodles in a great aunt’s basement.

Right now, I’m finishing up the next book in the Kolya Petrov series. The one sentence description: A former intelligence operative, still recovering from the after-effects of imprisonment and torture, is drawn back into the game when his childhood friend holds the key to preventing a nerve agent attack on American soil. As a preview, there’s a glimpse or two of that childhood friend, Dmitri, in TROJAN HORSE. Nerve Attack is scheduled for release in September 2021.

S. Lee Manning spent two years as managing editor of Law Enforcement Communications before realizing that lawyers make a lot more money. A subsequent career as an attorney spanned from a first-tier New York law firm, Cravath, Swaine & Moore, to working for the State of New Jersey, to solo practice. In 2001, Manning agreed to chair New Jerseyans for Alternatives to the Death Penalty (NJADP), writing articles on the risk of wrongful execution and arguing against the death penalty on radio and television in the years leading up to its abolition in the state in 2007. An award winning short story writer, Manning is the author of international thrillers. Her lifelong interests in Russia and espionage are reflected in her Kolya Petrov thrillers.