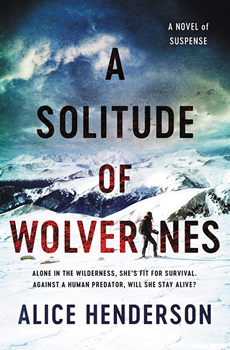 While studying wolverines on a wildlife sanctuary in Montana, biologist Alex Carter is run off the road and threatened by locals who are determined to force her off the land.

Alex is not so easily deterred. Determined to help save this threatened species, she ventures into the woods on foot and sets up hidden cameras to learn more about the animals and their environment. What is captured through those lenses, however, is a threatened animal of a different kind entirely—a wounded man wandering aimlessly through the woods.

Alex enlists help to find this seemingly lost and vulnerable man, but search parties come up empty. And now, another predator has entered the sanctuary—a hunter with his sights on one target: Alex.

In this The Big Thrill interview, author Alice Henderson—who has an affection for wild places—shares insight into the inspiration behind her chilling new thriller, A SOLITUDE OF WOLVERINES.

What do you hope readers take away from this novel?

In writing this novel, I not only set out to weave a tale of suspense, but wanted to bring attention to the plight of the wolverine. Wolverines roam the high country of the northern Rockies and Cascade Mountains, denning in deep snow. Threats including climate change, habitat fragmentation, and over-trapping have led to a devastating decline in their population—only 300 remain in the lower 48. I hope that as more people learn of their struggle, protections will be granted to these amazing creatures. 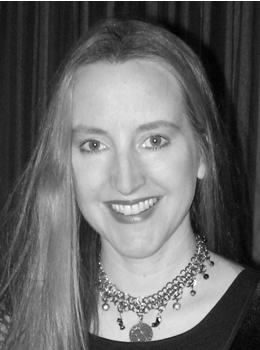 What can we do to help these endangered animals?

In the back of each novel will be a section with resources to learn more about each imperiled species, as well as volunteer opportunities. For instance, in the back of A SOLITUDE OF WOLVERINES, there is a list of nonprofits that support wolverine research, and even volunteer opportunities to track these elusive creatures to help experts learn more about their range and surviving population.

Action sequences are one of my favorite things to write, and the remote mountain location of this book lent itself to suspenseful encounters in an isolated setting. Being able to integrate the challenges faced by wolverines into a fast-paced story that would engage readers was particularly appealing.

I love thrillers that incorporate science and history. Books such as White Fire by Douglas Preston and Lincoln Child, or The Demon Crown by James Rollins really fire my imagination. Novels set in the wilds, such as the works of Nevada Barr and William Kent Krueger, are wonderful doors into nature and inspired me to bring that level of atmosphere to my own work. One of my favorite authors is Robert McCammon, who manages to vividly transport the reader to other times and places with his historical mystery series set in colonial America. I also love writers with resilient female protagonists, such as Sara Paretsky’s V.I. Warshawski and Rhys Bowen’s Molly Murphy.

Alice Henderson’s love of wild places inspired her thriller A SOLITUDE OF WOLVERINES, the first novel in a new series about a wildlife biologist who courts trouble while saving endangered species.

In addition to being a writer, Alice is a wildlife researcher, geographic information systems specialist, and bioacoustician. She documents wildlife on specialized recording equipment, checks remote cameras, creates maps, and undertakes wildlife surveys to determine what species are present on preserves, while ensuring there are no signs of poaching. She’s surveyed for the presence of grizzlies, wolves, wolverines, jaguars, endangered bats, and more.