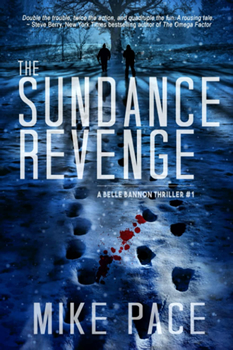 The best crime thrillers drop quirky, fascinating characters into captivating settings, twisty plots, and high-speed action. You’ll find all of this and more in THE SUNDANCE REVENGE by Mike Pace.

Belle Bannon got pushed out of the Marine Corps because she suffers from Intermittent Explosive Disorder (IED), an anger management disorder. Still wrestling with her demons, she becomes a bow hunting guide in Utah and sometimes works ski patrol at a local resort. But when a close friend, and several celebrities and politicians, all die in weird accidents at the annual Sundance Film Festival, Belle must take action.

Despite her anger issues, Belle is generally likeable, although you wouldn’t meet her at a party because, as the author says, parties aren’t her thing. But if a friend introduced you to her, you’d like her immediately, finding her to be a genuine human being with no time for BS.

“She definitely doesn’t see herself as a heroine,” Pace says. “She’d just as soon be left alone with her dog. Still, she has to earn a living and as a hunting guide her job requires her to make nice with the customers. She’s an attractive woman but has the body of a swimmer rather than a stripper. Virtually every male client flirts with her. She’s become very adept at turning them away without pissing them off. On a few occasions a client has gotten aggressive, and they return from the outing with a body part rearranged in a different location than when they started.”

Belle is intensely loyal to her small band of friends and if any of them is threatened, she won’t hesitate to step in and crack some heads. Investigating one friend’s death, she uncovers a link to an alleged rape that happened 150 years ago. She’s then sucked into a whirlpool of intrigue and revenge and becomes the next target.

Under those circumstances it’s tough for her to maintain control of her lifelong challenge. It first surfaced when, as a teenager, a boy tried to force her to perform sexual acts. She beat the crap out of the boy, so badly that he suffered serious brain damage. 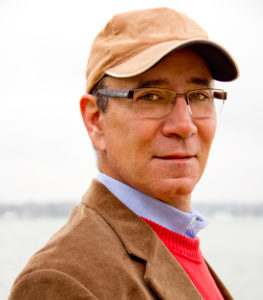 “Because he happened to be the son of a local politician the judge sentenced her to juvenile detention,” Pace says. “There she was diagnosed with IED and given meds. She hated them because they made her feel loopy, and as soon as she got out, she stopped taking them. Despite pleas from her parents, she felt she wasn’t ready for college and joined the Marines, not telling them of her IED.”

Belle thrived in the Marines as one of the first women assigned to front-line duty. She qualified for Force Recon, The Corps’ elite special forces. But it all came apart in Afghanistan when Belle’s unit captured a man responsible for Marine deaths. They needed to interrogate him to learn of enemy positions and Belle was assigned to guard him. But when he attacked her, she strangled him to death in a fit of rage. Without the prisoner’s intel her squad was ambushed, and more Marines died.

“She blamed herself, and the CO came very close to court-marshaling her. Both Belle and the Marines decided on a mutual separation. They couldn’t take a chance on her putting more lives at risk. Belle continues to carry her guilt like Marley’s chains.

Like all great crime fiction, THE SUNDANCE REVENGE has a lot of action scenes, which Pace says he enjoys because he has to figure out the blocking of the good guys and the bad guys, particularly in fight scenes, to make the writing come across as believable. His unique experience gives him an edge.

“I once directed both a stage play and a short film,” Pace says, “and I learned you need to write the scene like you were directing a movie or stage play.”

And despite his focus on characterization, Pace says any book in the thriller genre must be plot driven.

“Despite having to survive one obstacle after another, the good guys gotta catch the bad guys before the bomb goes off,” he says. “Still, unless the readers are interested in the characters of both the good guys and the bad guys, they’ll lose interest very quickly.”

Setting is important too, and Pace makes good use of it, particularly The Sundance Film Festival, which he and his family attend every year.

“I’ve learned the fascinating history of Park City,” Pace says, “and have included references to that history in the book. Indeed, the hardest part was cutting a number of historical references during the editing process because while interesting, they tended to slow down the pacing.”

For example, Pace says that for a time there was a substantial Chinese population in the town made up of many Chinese who worked on the transcontinental railroad. He’ll find a place for this fascinating time in Park City history in a future Belle Bannon thriller.

Pace had a long, successful career in the law, including time as the Assistant US Attorney for Washington D.C. One might think he would crank out legal thrillers. Yet his first two books, One to Go and Dead Light, are supernatural thrillers. Why?

“With the supernatural thriller you have more freedom to allow your imagination to run wild,” Pace says, “because there are no rules requiring you to adhere to realism. When writing a straight crime thriller like THE SUNDANCE REVENGE, you still want to encourage use of a healthy imagination, but you constantly have to ask yourself, ‘Could that really happen?’”

Pace says his rule in the Belle Bannon series is that the plot must be informed by a true historical event. He credits fellow thriller authors Steve Berry and Jon Land for this approach. With a truly fascinating lead character at the center of those plots, it’s hard to go wrong.

Born in Pittsburgh, Mike received a B.F.A. degree from the University of Illinois and a law degree from Georgetown University where he served on the editorial board of the prestigious Georgetown Law Journal. He taught art in a Washington D. C. inner-city public school before being appointed Assistant U.S. Attorney for Washington D.C.. After a stint as a commercial litigator, he served as General Counsel to an environmental services company before resigning to practice law part-time, thereby allowing him to focus on his first love, creative writing. He’s a member of the International Thriller Writers Association where he’s served on numerous panels during its annual New York Thrillerfest conference, the Women’s Fiction Writer’s Association, and the Mystery Writers of America.

Mike lives in Florida and when not writing or practicing his sax loves long beach walks with his parti-standard poodle, “Handsome Jack.”