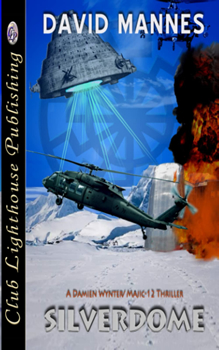 A delicious blend of speculative fact, reasonable doubt, and classic what-if binds the ethos of SILVERDOME, the third book by David Mannes in the Damien Wynter Majic-12 series.

The SILVERDOME story starts in 2010, when special forces operator Damien Winter is in Afghanistan as part of a joint special-ops task force. They discover a UFO and call for specialized support to take control. The support outfit, Majic-12, recruits Damien. Shortly thereafter, Damien is tasked with investigating the murder of a former Majic-12 director and an admiral. This leads to the Argentina-based “Black Sun Nazi sub group.”

Damien Wynter needs to find out what Argentinian industrialist Johan Silbermuzen—or Silverdome—have to do with the Black Sun before the 4th Reich launches its world takeover. From the back halls of Washington to Buenos Aries to the frozen wasteland of Antarctica, Damien confronts a ruthless and cunning enemy he may not be able to defeat.

Majic-12 in David Mannes’ series appears to have been influenced by a popular belief in some circles that under President Truman’s executive order, Majestic 12 or MJ-12, was set up to recover and study UFOs and extra-terrestrials and continues to be operational. This top-secret outfit with an over-the-horizon remit is directly responsible to the most powerful president on earth. The agency is supposed to ensure that knowledge of UFOs and extra-terrestrials remains in responsible hands. The belief in the Truman-sponsored MJ-12 is based on allegedly leaked US government documents—a claim apparently dismissed by the FBI. The certainty, however, continues to inspire science fiction and video games, each feeding on the other. 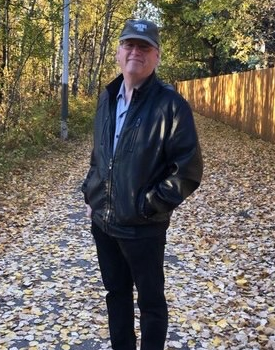 Asked about SILVERDOME’s biggest writing challenge and opportunity, author David Mannes says, “Research is always key. My novels are based on recorded events or alleged events. I’d love to see this novel or any of the series adapted for the screen.”

From the looks of it, he would seem to be right, and his readers, of course, would be delighted.

The excitement of research dwells in confirming the expected and discovering the unexpected with an overriding thrill of something serendipitous waiting around the corner. UFOs and extra-terrestrials recur at the forefront of public interest and imagination. Conspiracy theories thrive as they rationalize the irrational and the unknown.

Mannes says his research led him to “the Nazi UFO documents and the event that took place in Antarctica in 1947-48.”

Steve Berry’s The Charlemagne Pursuit also culminates with World War II secret bases in Antarctica, and there are around 50 other Antarctica thrillers with a devoted following. Mannes’s MAJIC-12 series is in good company.

He says he’s attracted to the thriller genre because “I like espionage and I like science fiction. My novels tend to be multi-genre. This is sort of like James Bond or The Man from U.N.C.L.E. meets The X-Files. This is the third novel in the Damien Wynter-Majic-12 series. The story idea came first and then the character.”

About the authors or books that have influenced Mannes’s career, he notes: “I’ve been an avid reader for a long time. Because I write in several different genres, I’ve had a number of favorite authors like Robert B. Parker, Lee Child, Stephen King, Robert Heinlein, Ray Bradbury, Edgar Rice Burroughs, Jules Verne, HG Wells, Ian Fleming, Len Deighton, John LeCarre…”

Mannes was born in Brooklyn, New York and attended university in Canada, obtaining a Master’s of Education from the University of Alberta. He has worked as a teacher, educational developer, producer, and director of educational and promotional videos and film. His 1989 documentary Writing-on-Stone was honored with five Alberta Motion Picture Industry Awards (A.M.P.I.A.) including best script. He has also written numerous newspaper and magazine articles.

In addition to writing, Mannes is a part time cantor-educator, a member of the American Conference of Cantors, and has served congregations in Canada and the United States. He is married and lives in Edmonton, Canada.

David M. Mannes has had a multi-faceted career path, an educational writer/film-TV-video producer/director/scriptwriter of educational and promotional films. His documentary film Writing-on-Stone was nominated for best non-dramatic script in the Alberta Motion Picture Industry Association Awards (A.M.P.I.A.). He has written almost a dozen books and novels of varying fiction genres. Mr. Mannes is married and lives in Edmonton, Alberta.