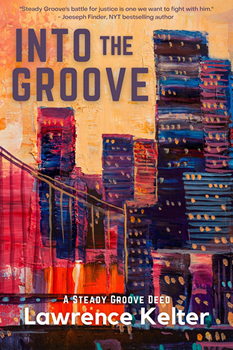 The tragedy of the Palm Sunday Massacre in New York City in 1984 serves at the backdrop for author Lawrence Kelter’s latest crime thriller, INTO THE GROOVE.

When hood rat D. Wayne Tyrone is charged with the mass murder of 11 women and kids, rookie Parole Officer Stedman Groove must march to hell and back to prove his friend’s innocence.

The Big Thrill recently reached out to Kelter to discuss the details of the Palm Sunday Massacre incident and how it inspired his latest work.

The story appears to have some basis in fact. Can you tell us how the story first came to you and why you chose to write about it?

INTO THE GROOVE is a work of fiction, but the Palm Sunday Massacre was very real. The senseless murder of 11 women and children in 1984 will live on as one of the ugliest moments in New York City history, and possibly one of the Big Apple’s most appalling miscarriages of justice. A jury of 12 sent an innocent man to prison for 34 years.

This story first came to my attention in 2017 when I was approached by a retired NYPD police officer, who was a rookie cop back at the time of the Palm Sunday Massacre. He has asked to remain anonymous. While patrolling the East New York section of Brooklyn some weeks prior to the mass murder, he responded to a domestic disturbance call, during which he tussled with and ultimately arrested Christopher Thomas, the man convicted of the mass slaying. He had an intimate knowledge of the man’s appearance, stature, and mannerisms.

While on patrol the day of the mass slaying, this police officer spotted a man he believed to be Thomas boosting a car radio in a different Brooklyn location but was unable to arrest him at that time. It wasn’t until some time later that he realized Thomas had been charged with the mass murders. He reported the incongruity, but the information was buried.

Did you uncover anything surprising while researching this story? 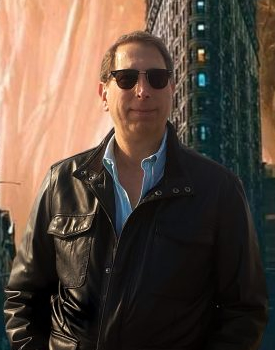 In doing research, what I found most startling was the blatant level of corruption prevalent in the NYC police department and the DA’s office in the 1980s, as well as the mob’s ability to influence officials and send an innocent man to jail. Without risking a defamation suit, let it suffice to say that the mob’s reach was extremely long and winding. There have been a million stories written about cops on the mob’s payroll, but I don’t believe I’ve ever come across an instance where gangsters and public officials colluded to pin the blame for such a heinous crime on an innocent man. Of course, this is only my belief, but I believe the confluence of events surrounding the case presents a compelling theory and hint at who some of the more motivated players might’ve been.

Here are some of the goings-on that took place around the time of the Palm Sunday Massacre:

One of the biggest challenges I faced in writing this story was rendering a work of fiction while at the same time presenting a reasonable facsimile of the real-world events that surrounded the case. Capturing the essence of the East New York neighborhood back in the ’80s required great attention to detail. This story took place at a time when NYC was considered the murder capital of the world—violent crack cocaine gangs ran wild, and the NYPD was riddled with corruption. I did my best to portray the look, feel, and mood of the period without being overly dramatic. What I hope readers take away from my story is the ruthless victimization of an innocent man at the hands of New York City powerbrokers desperate to pull their fat out of the fire.

Lawrence Kelter hails from New York but now calls High Point, North Carolina his home. He is the bestselling author of more than twenty-five mystery and thriller novels including the Stephanie Chalice Mystery Series that has topped bestseller lists in the US, UK, and Australia. In 2017, he penned Back to Brooklyn, the studio-authorized sequel to the cult comedy classic My Cousin Vinny.

Early in his writing career, he received direction from literary icon Nelson DeMille, who edited portions of his early work. Well before he said, “Lawrence Kelter is an exciting new novelist, who reminds me of an early Robert Ludlum,” he said, “Kid, your work needs editing, but that’s a hell of a lot better than not having talent. Keep it up!”
His novels are quickly paced and crammed full of twists, turns, and laughs.