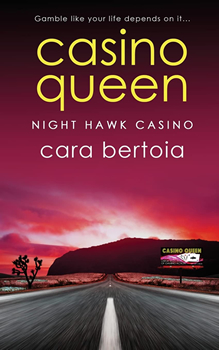 Cara Bertoia started out like most writers—finding her passion through reading first. In a crowded bedroom with three sisters, she could always find the best escape from all the mayhem in a book. At eight, she would read her mother’s Jackie Collins novels, and she checked out stacks of book from the library weekly.

Bertoia’s first real writing class was at Harvard extension when she lived in Boston. To her surprise, the professor read the first story she’d ever written aloud to the group. From that day on, she considered herself a writer.

Bertoia says the hardest part of writing is just putting down the first words. “I love to think about writing, rehearse conversations in my head, and try to brainstorm plots. But since organization is not my strong skill, an idea can remain in my head for a long time while I procrastinate,” she says. “I wrote my first book because my husband chided me one day, ‘You’ve been talking about writing a book for years, you’ll never do it.’ Obviously, he pissed me off, so I wrote Cruise Quarters. He gave me the kick in the butt I needed.”

The catalyst of her new novel—CASINO QUEEN—was brought on by the boom and bust of the first decades of this century. Bertoia’s goal was to write a thriller filled with twists and turns to capture that special time and place. Her editor, Kaycee John at The Wild Rose Press, always encouraged Bertoia to tap into her fascination for the gambling industry. “Millions of dollars pass through the casino every week, casino fleas operate their personal side businesses on the gaming floor, and you never knew who might walk through the door itching for a fight,” says Bertoia, a South Carolina native. 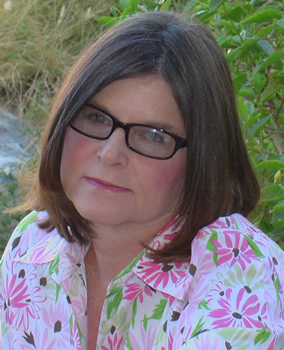 In the Native American casino suspense CASINO QUEEN, Caroline Popov thought she had it all in Southern California, but when her husband returns to Russia after the collapse, she loses her home and discovers that he left her deeply in debt. When charismatic tribal chairman John Tovar offers her a job at the casino, she jumps at the chance to start over. He not only gives her a job but also an identity. Their bond grows as she rises through the ranks to casino manager of the Night Hawk. But Caroline quickly learns that when you run the money store, you’re going to make enemies. This list of enemies lengthens as she uncovers the underbelly of corruption running through the casino. With her life on the line, can she pull out a win? The theme for CASINO QUEEN is reinvention—because sometimes you have to lose it all before you find yourself.

What you don’t know reading Bertoia’s novel is that the series was inspired by actual incidents; the characters in her book were breathed to life from her two decades in the casino industry. There were two men in particular that inspired the stories. John was the best man at her wedding. Shortly after the wedding, he got fired from his job in Palm Springs and went to Albuquerque, New Mexico to work in the casino there. In Albuquerque, he met Tim. John encouraged him to go to Palm Springs because the money was better there. Tim went to Palm Springs and got a job working in the casino John had been fired from. In Albuquerque, John was driving home when someone shot him through the car window. A few years later, Tim was murdered, and his face was slashed. They never caught the killer.

Another interesting fact about her novels is that Native American tribes are considered sovereign nations, trained courtesy of the United States Marine Corps. The tribe issues its own currency, gaming chips made of ceramic clay, stamped with their own logo.

Besides working in the casino industry, Bertoia worked as a high school teacher, systems analyst, a waitress, and had many stints in retail. All of these careers gave her a base of knowledge to help flesh out the characters in her stories. She spent two decades working as a croupier.

Bertoia says she felt lucky to be able to learn most of her information on the job. “Although I didn’t realize it at the time, every day was research. Those years were invaluable in recreating crime scenes,” she says.

Luckily, her husband worked as a pit boss, so he could help with the technical aspects of her plot. Entertaining yet realistic plots are most important to Bertoia since she’s always catching mistakes in movies and on television: The dealers use the wrong hand, pay the bets in the wrong order, or plan a heist that is pure fantasy.

What advice does Bertoia have for new writers?

“I feel creative and inspired almost every day—usually injustice and stupidity get me going.” she says. “My advice to new writers is: Write, take classes and query. Learn how to take criticism because there will be plenty of it. Go out there prepared to fail, to clog up your inbox with rejection emails; each one means you are getting closer. Take some chances, even if everyone thinks you’re crazy. Things just might work out.”

When asked about the influential people in her writing life, Bertoia mentions a sports agent from Hollywood who spent a week at her casino. Her husband, however, is her biggest cheerleader and proofreader—reading all drafts of her works and assisting with technical fact checking. Her favorite author is Lionel Shriver because she challenges Bertoia. Her writing is dense and detailed, and her characters appeal by navigating the gray areas of their personalities.

Next in the Night Hawk series is Casino King (tentatively titled).

Bertoia just finished a blog tour with 18 stops in 14 days, and she’s due for a well-deserved break. “My husband and I booked a cruise going from Fort Lauderdale to Copenhagen,” she says. “You can follow our journey online. I know people are curious. Is it okay to cruise again? We’ll let you know.”

Cara Bertoia grew up in a strait-laced Southern family. In her twenties on a summer hiatus from teaching in North Carolina, she drove to California and became a dealer at Caesars in Lake Tahoe. Her mother highly disapproved of her working in a casino, “a place so bad it has ‘sin’ in the middle.”

Eventually, she succumbed to pressure from the family and returned east to take a high-tech job in Boston. She also began working on her MFA in writing at Emerson.

Offered the opportunity to join Princess Cruises as a croupier, she jumped at the opportunity. She spent the next five years circling the globe. Awed by the wonders of Venice, the fjords of Norway, the majesty of the Amazon, and the glaciers in Alaska, life exceeded her dreams.

Cara returned from ships with a very special souvenir, her Scottish husband Ray. They went to work at the Spa Casino in Palm Springs and now live in Hollywood, Florida, where she writes about her casino years while wistfully gazing out at the ocean.