In Search of More Than They Bargained For 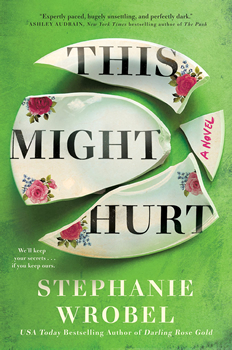 Welcome to Wisewood. We’ll keep your secrets if you keep ours.

Natalie Collins hasn’t heard from her sister in more than half a year.

The last time they spoke, Kit was slogging from mundane workdays to obligatory happy hours to crying in the shower about their dead mother. She told Natalie she was sure there was something more out there.

And then she found Wisewood.

On a private island off the coast of Maine, Wisewood’s guests commit to six-month stays. During this time, they’re prohibited from contact with the rest of the world—no internet, no phones, no exceptions. But the rules are for a good reason: to keep guests focused on achieving true fearlessness so they can become their Maximized Selves. Natalie thinks it’s a bad idea, but Kit has had enough of her sister’s cynicism and voluntarily disappears off the grid.

Six months later Natalie receives a menacing email from a Wisewood account threatening to reveal the secret she’s been keeping from Kit. Panicked, Natalie hurries north to come clean to her sister and bring her home. But she’s about to learn that Wisewood won’t let either of them go without a fight.

In this exclusive interview with The Big Thrill, THIS MIGHT HURT author Stephanie Wrobel discusses how to create a good villain, cults, and her writing process. 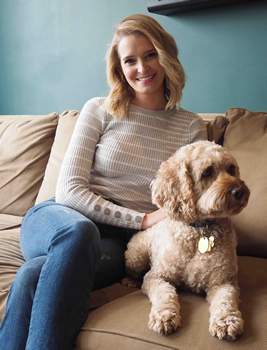 The villain in THIS MIGHT HURT wasn’t evil for the sake of being evil. What are some keys to developing a good villain?

If the villain is going to be a point-of-view character, then I think the key is to empathize with her and withhold judgment. I’m not interested in portraying characters with zero positive qualities, as that doesn’t feel true to life to me. Nobody views themselves as the villain, even when their behavior has been monstrous. I spend a lot of time thinking about why. What has led a character to this point in her life? Why is she making these horrible decisions?

Natalie and Kit are sisters and two of the main characters. Can you tell us what influenced you and how they came into focus?

I always knew one of the narrators would be a member of the cult (Kit) but the inclusion of the outsider (Natalie) didn’t come until later. I wanted the person trying to save Kit to feel more obligated than the average friend, but not as dedicated as your typical parent. A sibling felt like a good balance between the two, and since I only have (younger) sisters, I thought I’d focus on a relationship I know well. Natalie was the hardest of the three narrators to develop—I seem to have a much harder time with the straight characters than the broken ones! 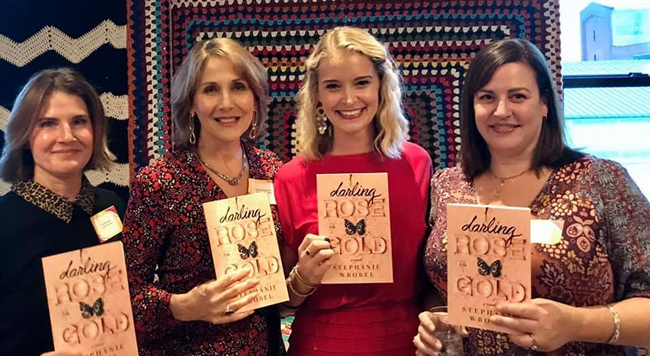 Cults are particularly interesting in that everyone knows they’re not healthy, but seemingly normal people fall for them every day. Did you find any challenges in writing a character who falls prey to the cult?

I did a lot of research before writing a single chapter, which brought me to the realization that all cult members have only one thing in common: a desire for more. They’re searching for deeper meaning in their lives, a higher purpose. Once I understood that, I was able to relate to Kit quite easily. I’ve certainly had periods in my own life, particularly in my mid to late twenties, when I was doing a lot of soul searching. Specifically I wanted to switch careers to become an author but had no clue how to manifest that dream. 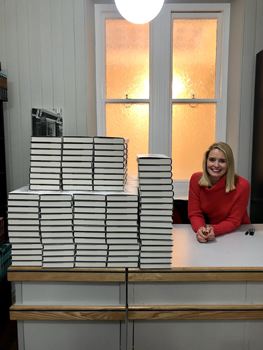 Rebecca, a character introduced later in the novel is a mentalist. Can you tell us about the research you did to give her character such an interesting background?

I knew who Rebecca was as an adult in the present day and had to ask myself how she’d gotten there. This took me deeper and deeper into her past. Her character was informed by a number of real people I’ve researched. Marina Abramovic, David Blaine, Tony Robbins, and Derren Brown are a few of them. I wanted to know how they all achieved their stunts and art, but I was even more interested in how they sell people on them. How do you convince someone to believe? This question was critical in depicting Rebecca.

When you have an idea for a story, what tools do you use to turn it into a novel? 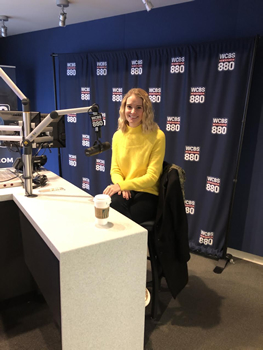 Wrobel stops by New York’s WCBS-880 for a radio interview.

All my ideas are stored in Padlet, which is essentially a digital corkboard. During the research phase, I use Google sheets to make to-do lists of what I want to read, watch, and listen to. I keep my research notes in a Google doc. (In the case of THIS MIGHT HURT, the doc ended up at 26 pages.) I keep a journal (Word document) for each novel, where I can brainstorm and think through the story’s issues. Once I’m ready to start plotting, I use Scrivener. I prefer the index card or corkboard view—one card per chapter, and every chapter gets a one-sentence summary before I begin writing. When it’s time to write, I use regular old Word. Again, each chapter gets its own document. I only combine all the chapters into one big Word doc when I’m sending a finished draft to my editors; I find it too unwieldy to work within the manuscript as a whole until we reach the copyedit stage. I also use a Moleskine notebook throughout the process—sometimes I just don’t feel like being on my computer. I do a lot of brainstorming in said notebook, which I later transcribe into the journal Word doc. Sometimes I’ll write chapters by hand too if I’m feeling resistant to the day’s work.

Can you tell us what books you’re reading now?

A recent favorite was A Head Full of Ghosts by Paul Tremblay. I loved Merry’s voice, the use of humor, and the sharp analysis of the horror genre. This was my first time reading Tremblay’s work, and I absolutely cannot wait to dive into more of it. My current read is Klara and the Sun by Kazuo Ishiguro. Ishiguro has such a fascinating way of looking at the world; it’s a delight to walk around his head for a few hours.

Wrobel shares a photo from a research trip to mid-coastal Maine, specifically Penobscot Bay, in May 2019. “While there, a local ornithologist drove me around in his dinghy to visit various islands, most of them uninhabited,” Wrobel says. “I imagine my fictional island, Wisewood, nestled amid them.”

What can readers expect to see from you in the future?

I’m hard at work on my third novel, which is untitled at this point. It’s about an American woman living alone in a giant manor in the English countryside. For reasons unknown, she hasn’t left her home or spoken to another human being in two years. The day after her 40th birthday, an elderly British woman knocks on her door. The story unfolds from there.