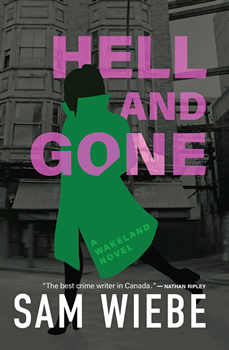 Sam Wiebe brings us a captivating new thriller in the Wakeland detective series that explores the depths of Vancouver’s criminal underworld.

In one moment of public violence, everything changes for Dave Wakeland. When masked men and women storm an office building in Chinatown, leaving a trail of carnage, the Vancouver PI and his partner, Jeff Chen, find themselves caught up in a mystery that won’t let them go.

The Big Thrill recently checked in with the author to learn more about the series and what this exciting new installment has in store for readers.

For the uninitiated, can you tell us a little about the Wakeland series?

Wakeland is the modern-day Jim Rockford (of The Rockford Files)—the person you want in your corner when there’s trouble. Tough, loyal, and handy with his fists, Dave is one half of Wakeland & Chen, Vancouver’s top private security firm. A capable and experienced detective who’s seen just about everything.

The Wakeland series is set in Vancouver, a multicultural city rife with class and social conflicts, and uses the detective story to examine these conflicts.

The Wakeland series is about two things. First, representing Vancouver in all its complexity and strife. Second, taking the classic private eye novel into the modern era. Whether it’s Raymond Chandler or Sue Grafton, Robert B. Parker or Walter Mosley, the detective story speaks to me about work, justice, and holding on to your ethics in a fraught and dangerous world.

Together, the first two novels, Invisible Dead and Cut You Down, were nominated for the Shamus Award, the Hammett Prize, and the City of Vancouver Book Award, and “Wonderful Life,” the Wakeland story from Vancouver Noir, was nominated for a Crime Writers of Canada award.

HELL AND GONE marks a new chapter for Wakeland, and it’s the perfect place for readers to start. I think it’s the best of the series. 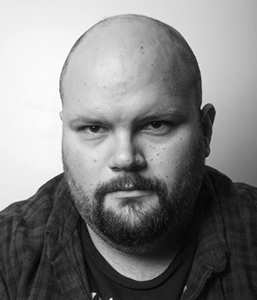 HELL AND GONE started as a story published in the back pages of Image Comics’ The Violent. A homeless man is knocked aside during a violent robbery—what at first seems like cruelty is in fact an act of kindness.

In researching HELL AND GONE, I spoke to police officers and former armed robbers and read a ton of books on international organized crime. More than that, I try to pay attention to the city and how it changes, its pressure points, the gaps where things go unreported.

HELL AND GONE is a book about institutional lies. Whether you’re a criminal, a cop, or one half of a private investigation firm, sooner or later you have to reckon with the unpleasant realities you’ve ignored.

The Wakeland series looks at Vancouver from the ground up—diverse and vibrant yet rife with class antagonism. The characters are formed by the city’s history. Wakeland learned to fight at the Astoria Boxing Club, while Jeff, a satellite kid, forged his first community ties at a Benevolent Association in Chinatown.

Vancouver is a far more troublesome place than the postcards would lead one to believe. Harm reduction, gentrification, gang warfare, and systemic racism—these are at the forefront of HELL AND GONE. As Wakeland says, “We are where the West ends.”

HELL AND GONE is about lies the authorities tell to cover mistakes. The lies fathers tell to protect their sons. The lies men and women tell each other. And the lies we tell ourselves when we’re scared.

It all depends on the type of series and what you want to do with it. I don’t want to tell the same story in each book, so in the Wakeland series, Dave grows as a person and is tested in different ways.

More than plot, character, conflict, or anything else, for me, it’s sincerity. A great suspense story means it. The conflict feels real because it’s tied to some real fear or issue or problem in the world. With HELL AND GONE, it’s public violence and the aftermath of that. How do you cope with what you see, and what is the right thing when both the authorities and the perpetrators have their own agendas?

Sam Wiebe is the award-winning author of the Wakeland novels, one of the most authentic and acclaimed detective series in Canada, including Invisible Dead (“the definitive Vancouver crime novel”), Cut You Down (“successfully brings Raymond Chandler into the 21st century”), and HELL AND GONE (“the best crime writer in Canada“).

Wiebe’s other books include Never Going Back, Last of the Independents, and the Vancouver Noir anthology, which he edited.

Wiebe’s work has won the Crime Writers of Canada award and the Kobo Emerging Writers prize, and been shortlisted for the Edgar, Hammett, Shamus, and City of Vancouver book prizes. @sam_wiebe