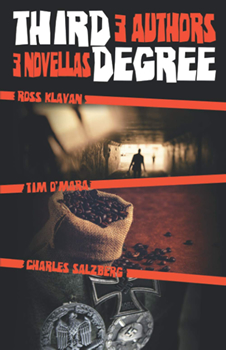 Crime fiction comes in 57 flavors, from small family dramas to world-spanning conspiracies. If you enjoy that variety and like big stories you can swallow in one bite, then THIRD DEGREE is the book for you. These three novellas are crafted by authors who have mastered different shades of the dark world of crime.

In Cut Loose All Those Who Drag You Down by Ross Klavan, a crooked reporter who fronts for the mob gets a visit from his oldest friend, a disgraced shrink who is in deep trouble. It soon becomes clear that someone is going to pay with his life.

Beaned by Tim O’Mara is about a smuggler who, after moving cigarettes, maple syrup, and coffee, discovers a plot too sinister for him: trafficking underaged children.

The only common theme evident is that they are all great writers who have a bit of a noir-ish or dark view of life. But there may be more to it. 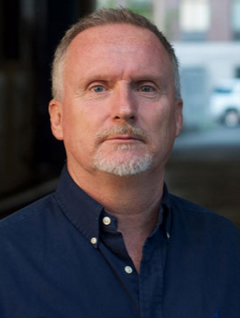 “All three of us are focused on creating real, complex, believable characters,” Salzberg says. “It’s not that we don’t regard plot as important, but I think from reading my co-writers’ work, we believe character should drive plot rather than vice versa.”

This package is the third in a series after Triple Shot and Three Strikes. Several years ago, at Bouchercon, O’Mara met a man who planned to set up a website offering the download of novellas. He, Klavan, and Salzberg decided to write novellas for that project, but it never got off the ground. Left with three novellas that had no home, they decided to publish them in one book. The folks at Down & Out Books liked the idea, and thus was born Triple Shot. That one worked, and a series was launched.

These writers are more than casual acquaintances. Klavan says he has known Salzberg for more than 30 years.

“I met O’Mara through Salzberg, and then O’Mara and I got to know one another on the reading circuit, mostly in bars,” Klavan says. “O’Mara hooked us up with Down & Out Books, and it was his idea to put our three novellas together.”

All three of them liked the length of the novella. In fact, Beaned is the third novella featuring the character Aggie. 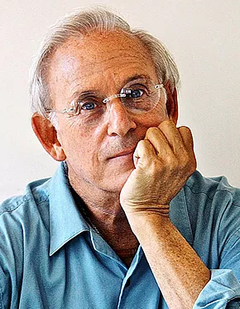 “I wanted to focus on the main part of each plot without the diversions you find in a full-length novel,” O’Mara says. “I also liked the idea that someone who’s never read my novels might give my novella a shot. Novellas are less expensive and less time-consuming. I’d like to think that all three of us have picked up a few new readers because of the shorter works.”

Although the stories are diverse, all three authors agree that any of their fans will want to read the other two stories.

Salzberg says, “Put simply, both Klavan and O’Mara are terrific writers. And each of us has a different style. As a result, the reader will get three different stories told in three different ways. And none of us spoke to the other about what he was going to write—except that I knew O’Mara would reprise the character he’d used in his two earlier novellas. With Klavan, you never know what his fertile mind will come up with, and I read his work just for his clever titles.”

Klavan points to the real New York quality of all three stories. “I don’t mean that fake side-of-the-mouth stuff,” he says. “Both Salzberg and I worked as journalists in the city; O’Mara taught in a public school. We’ve lived here all our lives. So I think it’s sort of like going out for drinks at one of New York’s great old saloon-style bars—now vanishing—and getting into a conversation with three guys who can tell stories and entertain you as long as you’re buying.” 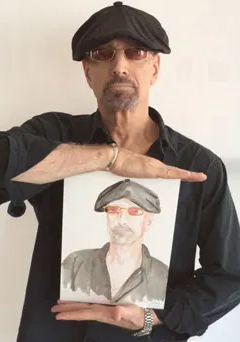 O’Mara says being a New Yorker is like living in a novel. “Any time I’m short on inspiration or ideas, I go for a walk and keep my eyes and ears open,” he says. “My fellow New Yorkers never fail to help me come up with something. Somebody says something, looks a certain way, does something, and I’m there with my notebook to jot it down. I like to say that in NYC, ‘writer’s block’ is a street where two or more authors live.”

Dark though these tales may be, they are not unrelenting noir. There is depth here, and humor too. “Most, if not all, of my novels, as well as my short stories, would probably be considered dark,” Salzberg says, “because I’m more interested in the why and how rather than the who.”

Klavan says, “Maybe my work is sort of a mixture, like a martini, a couple of ounces of borderline depressive and then a few parts of traveling circus.”

As for O’Mara, well, Beaned deals with one of the darkest of plots—trafficking underaged kids. But the hero’s efforts to battle this hideous crime are colored with his positive outlook. As for his writing partners, O’Mara says, “I don’t find Salzberg’s work to be all that dark, but I’d cross the street to avoid a few of Ross’s characters.”

You need to read THIRD DEGREE for yourself if good crime fiction is what you crave.

Ross Klavan’s novella Thump Gun Hitched was published by Down & Out Books in 2017 in the collection Triple Shot and I Take Care of Myself in Dreamland in Three Strikes. He is the author of the comic novel Schmuck (Greenpoint Press), and his original screenplay Tigerland (starring Colin Farrell) was nominated for an Independent Spirit Award, produced by New Regency and directed by Joel Schumacher. To learn more, follow him on Facebook.

Tim O’Mara is best known for his Raymond Donne mysteries about an ex-cop who now teaches in the same Williamsburg, Brooklyn neighborhood he once policed. His short story “The Tip” is featured in the 2016 anthology Unloaded: Crime Writers Writing Without Guns; his novella Smoked appears in Triple Shot and Jammed in Three Strikes, both from Down & Out Books. He is also the editor of the short-story anthology Down to the River, which benefits the nonprofit American Rivers. O’Mara taught special education for 30 years in the public middle schools of New York City, where he now teaches adult writers and still lives. O’Mara is currently writing the standalone high-school-based crime drama So Close to Me. For more information, visit TimOMara.net.

Charles Salzberg is the author of the Shamus-nominated Swann’s Last Song, as well as its four sequels. He is also author of Devil in the Hole, named one of the best crime novels of the year by Suspense Magazine, and Second Story Man. His novella Twist of Fate appeared in Triple Shot, and The Maybrick Affair appeared in Three Strikes. He has written numerous articles for major magazines, and his nonfiction books include From Set Shot to Slam Dunk, an oral history of the NBA, and Soupy Sez: My Zany Life and Times with Soupy Sales. He teaches writing at the New York Writers Workshop, where he is a founding member, and he is on the board of the New York chapter of Mystery Writers of America. Find out more at CharlesSalzberg.com.