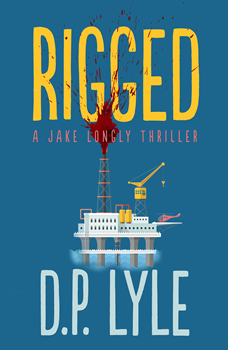 In these trying times we can all use a smile, but rare is the writer who can get a chuckle out of his readers while delivering edge-of-your-seat suspense and thrills. That’s one reason D. P. Lyle’s latest novel, RIGGED, is such a glorious find.

This is the fourth thriller in the Jake Longly series, and Longly is certainly the hero—but it’s Tommy “Pancake” Jeffers who kicks off the case. Jeffers is spurred to action when Emily, his sixth-grade crush, is found murdered execution style, along with one of the two men she was dating. Pancake calls in Longly and the team to find the killer. And while ex-professional baseball player Longly could make any bad guy run for cover, Pancake, at six-foot-five and 275 pounds, is even more intimidating despite being a nice guy at heart.

“Yes, you would love him if you met him at a party or anywhere else,” Lyle says. “Unless you’re a bad guy. Then he just might dismantle you. Literally.”

Pancake is bound to Jake and his girlfriend Nicole, whom he would protect to the death. His nickname, from his football days, refers to his ability as an offensive lineman to make pancake blocks—those that flatten the opponent.

The plot leads our heroes through dark secrets, convoluted motives, and startling methods of murder in the idyllic community of Fairhope, Alabama. Location makes good fiction feel real, and this one is not made up. Lyle says the real Fairhope is a wonderful town and anyone who visits the Gulf Coast of Alabama should drop in. 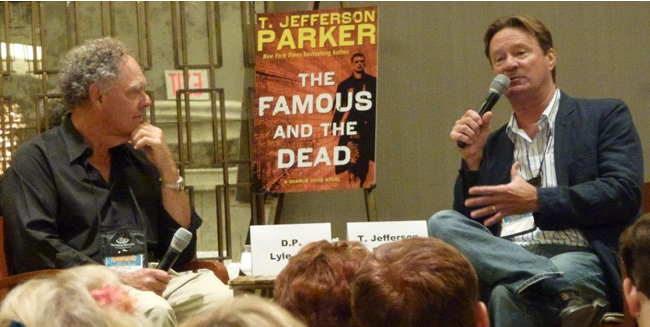 “Very artsy and upscale with lots of restaurants and bars,” Lyle says, “and it sits on the east side of Mobile Bay—facing west so the sunsets are spectacular. It’s quaint and quiet and that’s why the murders in this story are so upsetting to the locals—fictional locals of course. Page and Palette, the bookstore used as a scene setting in RIGGED, is a wonderful store. I’ve signed and given a talk there in the past.”

The victim in this case is not one with lots of obvious enemies. Emily is, in fact, a wonderful person, kind and generous, a good worker, loyal, smart, and reliable, although her personal life is a bit convoluted at this point. 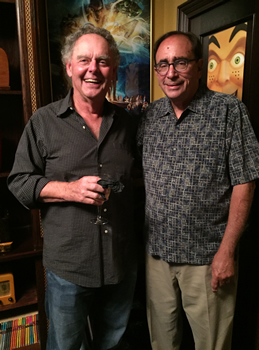 “She is simply going through the dissolution of a marriage,” Lyle says, “so yes, she is dating two guys, one more serious, the other friendly. She is loved in the community and that also makes her murder more startling. She was Pancake’s sixth-grade sweetheart, his first love.”

Which explains why he takes her murder very personally.

Like the earlier books in this series, the murder and other criminal activity depicted are real and gritty. Still, this entire series is comedic in nature. Lyle effectively takes a lighter hand with the darker stuff and unlike most such attempts, in his books it works marvelously.

“Most of the comedy comes from Jake’s odd take on life and his seeing of any situation,” Lyle says, “and from the interactions of the various characters. So it is more or less a sitcom with crime. To understand Jake and Nicole’s banter and jousting with each other, watch an old Tracy-Hepburn movie.”

To an extent you can see Jake Longly as an amateur sleuth. Generally he gets involved with cases because of his father, Ray, who runs a sought-after private investigator business. 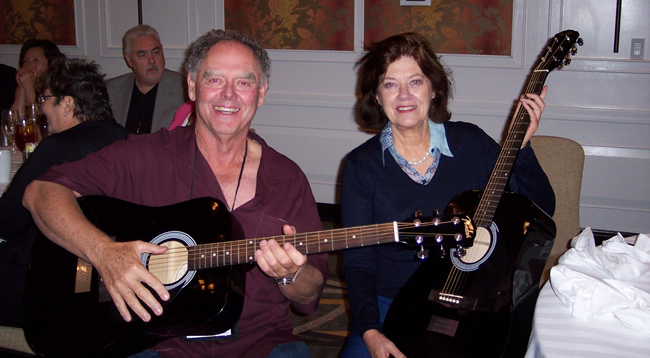 Lyle at Killer Nashville 2013 with co-guest of honor Anne Perry. After the awards ceremony, Lyle and Perry were gifted with a pair of black Fender guitars.

“PIs get into these types of situations all the time—it’s just that the ones Jake, Pancake, and Nicole get involved with are a bit quirkier. Still down and dirty, but off kilter a bit. Thus the comedy.”

Lyle is a multi-talented author. He’s a cardiologist who, in addition to his thrillers, has written mysteries, science fiction, and popular nonfiction about forensics. In addition to writing, he is a sought-after consultant who has worked for more than a dozen television shows. Some of this work concerns storytelling, but most deals with medical and forensic science, two areas he knows a lot about. 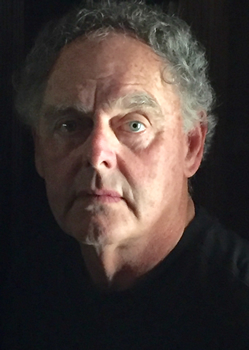 “I think those who reach out for my help know that I can bring both scientific and storytelling elements to their work in progress,” Lyle says. “It’s one thing to know science, it’s another to make it story-friendly. “

“I try to complete one from each series each year,” Lyle says. “I go back and forth, and I find that that keeps getting stale at bay. Each series requires different storytelling techniques, with a lot of overlap of course, but a different mindset and focus. I find that alternating series books in this way keeps me more engaged in the one I’m working on.”

You can’t go wrong with any of Lyle’s work, but if you have a taste for the rare book that will both thrill you and make you laugh, RIGGED is the book for you.