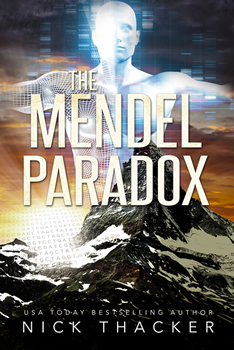 If you love history and science, enjoy travel, and love to read about heroes who win against overwhelming odds, we have the thriller for you. It’s called THE MENDEL PARADOX, an action thriller with atmosphere to spare from bestselling author Nick Thacker.

The adventure begins when a small village in Switzerland is stunned by a grisly death. Nearby, a woman disappears. Locals wonder if these events are related. Meanwhile, stories about a strange and shadowy murderer start to arise. Synchronicity? Maybe. But Harvey Bennett needs to find out. Thacker describes this reclusive fellow as sort of a “pre-hero.”

“Imagine Jack Reacher before he became the Jack Reacher we all know and love,” he says. “That’s who Harvey Bennett is now—he’s done heroic things, but always reluctantly and he would never describe himself as a hero.”

Bennett gets involved with these strange cases because he’s the leader of a group called the Civilian Special Operations. The CSO takes on missions around the world that help people when local and national governments can’t, won’t, or shouldn’t get involved. So when a woman comes to believe a corporation is engaging in very sinister practices, Bennett and his team are called in to help her take them down.

Like many favorite thrillers, the location almost becomes one of the characters. Thacker says he had many reasons for choosing Switzerland.

“I wanted a place that offered an incredibly beautiful, quaint, and innocent backdrop to juxtapose an evil, modern, ruthless corporation and narrative against,” he says. “I’d never written a book set in Switzerland, and I’ve long been a fan of the Swiss Alps, as I currently live in Colorado and spend a lot of time in the Rockies.”

As you might guess by the title, the plot of THE MENDEL PARADOX involves heredity and related sciences. Thacker says his interest in genetics and neuroscience, and the crossroads of both fields, came from reading thriller greats like Greg Iles, James Rollins, Steve Berry, and Dan Brown. 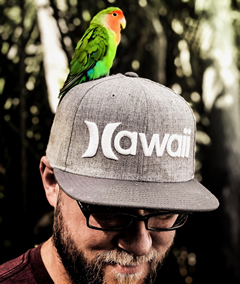 “These stories perfectly mixed science and reality with incredible what if? scenarios,” Thacker says. “And I’ve always wanted to capture that same ‘believable miraculousness’ in my own stories. I’ve read as many of these types of stories as I could get my hands on and have even tried—though I’m no scientist—to work my way through scientific texts and nonfiction tomes.”

The science here is cool and it won’t distract readers because they will be focused on the villain, a shadowy “man behind the curtain.”

“There are twists and turns that keep readers guessing as to who really is pulling the strings, who really is behind all the evil and secrecy,” Thacker says. “That said, I can reveal that this villain is one that is far larger, far more sinister, and far more difficult to eradicate than Bennett or his team ever realized.”

The mysterious and intriguing atmosphere of THE MENDEL PARADOX runs deep. Here again, Thacker says he’s just trying to walk in the footsteps of giants like his childhood favorites, Clive Cussler and Michael Crichton.

“These authors have done what I’m always attempting to do,” Thacker says. “Suspend the reader’s disbelief and create a portrait of pseudo-reality that’s at once terrifying and yet oddly believable. Mystery and intrigue are, to me, at the heart of the thriller/action-adventure genre. While there’s not always a cut-and-dried ‘mystery’ to solve, there is usually a mystery or two that needs to be solved while the protagonist is racing against time to save their own life.”

THE MENDEL PARADOX is the ninth book starring Harvey Bennett, and it fits the winning pattern of the series. The villains generally have prototypical technology that, in the wrong hands, could be deadly. And as usual, the villain has a secret lair in an exotic location.

If you’re one of the many fans who read this series, you already know you’re in for a great ride. If not, now is the time to get into it, starting with THE MENDEL PARADOX.

Nick Thacker is the USA Today bestselling author of action-adventure thrillers and mysteries, including the Harvey Bennett Thrillers series. Often mentioned as a cross between Clive Cussler and James Rollins, his stories are written in a fast-paced, punchy style.

He lives in Colorado Springs with his wife, two kids, two dogs, and a tortoise.