On the eve of a historic G7 summit, event coordinator Mattie Maguire discovers that the small North Carolina town of Sinclair Station is more than a picturesque setting. The century-old estate Clairmont Place, where the summit is to be held, is also the center of a family mystery, political machinations involving Russian infiltration, and a series of death threats—including to Mattie’s own beloved grandparents.

So begins the latest mystery from author Kaye D. Schmitz, ON DEADLY GROUNDS.

As Mattie struggles to find the solutions that will protect her family, the estate owners, and the summit itself, she uncovers secrets that endanger her own life as well as that of the estate’s true owner—a man who has been hidden since his father was killed.

“My novels have all been inspired by an historical event or incident,” says Schmitz. “My first book, The Consort Conspiracy, was inspired by an incident I read about on a tombstone—the 1728 death of a 17-year-old-girl who was buried with her twin infant daughters…story ideas immediately flew into my head. My third book, The Road Remembered, was inspired by a large map my father received when he was discharged from the Army at the end of World War II in 1945 that showed his progress across Europe.

“ON DEADLY GROUNDS was inspired by the murder-suicide of wealthy Ned Doheny and his secretary, Hugh Plunkett, that took place in Los Angeles, California, in 1929. The details of the killings themselves were shocking enough, but the fact that they were linked to the famous Teapot Dome Scandal during the corrupt Warren Harding presidential administration was simply icing on the cake for me. While that historical incident did not occupy a significant portion of the book, it provided the underlying reason for the murder of Henry Sinclair, Jr., in my story.”

To flesh out that basic idea takes layers of detail. Schmitz starts writing first: “I get the beginning planted firmly in my head and then I step back and figure the rest out…Or most of the rest, at least, so I have a clear picture of my direction.”

Two major components for the details in ON DEADLY GROUNDS were floor plans for Clairmont Place and the family history timeline. For Clairmont Place, Schmitz supplemented her floor plan with photos of rooms, decorations, and architectural details she found on the internet that matched her vision for the mansion and its interior. She used these for visual inspiration when needed throughout the story.

Knowing her novel would “involve two intertwined families of multiple generations,” Schmitz created a family history that spanned almost 140 years (1880-2017). It also included changes to Clairmont Place and the town of Sinclair Station. “Research was necessary all the way through that creation to flesh out the dates with facts,” she says. 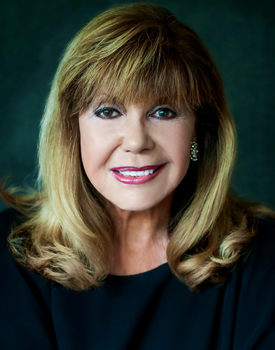 This helped shape her characters as well. Henry Sinclair was the first to arrive, although Schmitz isn’t sure she had his name at that point. She did know there “would be a wealthy man, which led to follow-on characters for his male secretary, his second wife, and his very young son.”

The young son was probably the easiest to write. “My heart went out to the poor little guy at the early traumas he suffered, and I shed a lot of tears for him as he developed,” Schmitz says. “Because I had such a soft spot for him in my heart, he just flowed out easily when it was his turn.”

On the opposite end of the spectrum was David, who, according to Schmitz, seemed to always be in her face. And this was after he just showed up in her novel, no less. “He was really irritating,” Schmitz says. “I tried to make him a more sophisticated character. But he dug in his heels and flat-out refused. He let me know he was a ‘bumbler’ and wasn’t about to change.”

Overall Schmitz found ON DEADLY GROUNDS easier to write than her first novel. She attributes that to several things. First, she learned a lot writing her first novel. This time, her first book was already out with some success, plus she was a full-time writer. ON DEADLY GROUNDS came pouring out in six months. But overall she feels she knew more about writing and the writing process. “I have taken a number of writing workshops from my friend, Steve Berry, who gets to the heart of the matter in concise little chunks of information,” she says. “I probably learned the most from him.” In addition, she has taken advanced writing courses and read The Successful Novelist by David Morrell and On Writing by Stephen King. “The big difference was I had more tools and techniques in my tool belt to search for and fix early problems.”

What does Schmitz find most difficult when writing a novel? Rewriting, she says. “The first draft just flew out of me, but as always, there were a number of rewrites.” The first came at the behest of her husband and first reader. Several fixes and small rewrites came as a result of her Street Team reads. And finally there were those requested by her publisher. “I did recognize each new iteration, guided by my editor, Darla Crass of Lamplighter Suspense Publishing, was better than the last,” she says.

“I’m working really hard to cut down on the number of rewrites I have to do in the future by writing more intentionally and being more aware in order to avoid issues as I go rather than having to search for them at the end and do a massive fix.”

Kaye Schmitz is the author of the award-winning novel The Consort Conspiracy (a Covington Family Mystery). Active in the writing community, she is a member of International Thriller Writers, the Florida Writers’ Association, Sisters in Crime National, Sisters in Crime, Jacksonville, and International Association of Women. She is also an active speaker and teaches a writers’ workshop titled “We All Have a Story to Tell.” Schmitz makes her home in Saint Augustine, Florida, where she lives with her husband, Michael, and loves, in addition to her husband, her two grown children, and her four grandchildren—cartoons, circuses, carousels, and chocolate.