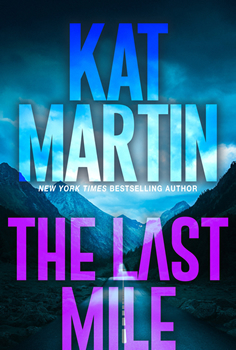 “I like writing about brothers. I like writing trilogies,” bestselling author Kat Martin says. Well, her latest release, THE LAST MILE, is the perfect embodiment. It is the second novel highlighting the Logan brothers of the Blood Ties series.

Gage Logan played a small role in the previous novel, The Last Goodnight, which focused on his brother Kade, a rancher, and his relationship with private investigator, Ellie Bowman, as they work to solve a murder—the murder of Kade’s estranged wife eight years prior.

Now it’s Gage’s turn in the spotlight. The adventurer, explorer, treasure hunter professional is approached by Abigail Holland, who has inherited a map. Not just any map, but a map representing ten years of her grandfather’s life as he pursued finding the illusive Devil’s Gold.

While Gage is skeptical, his curiosity is piqued by the evidence Abby has, including a gold ingot that appears to validate a number of the legends surrounding the treasure. The suspense begins almost immediately when an intruder breaks into Abby’s home, intent on finding the map. Someone is willing to see Abby dead to get their hands on the map, and Gage is just as determined to keep her safe.

Their quest takes them deep into the Superstition Mountains, a place Martin says “is vastly different” from much of the world, to the lush, yet just as deadly, heart of Mexico. Throughout their journey, Gage fights against the instant chemistry and his growing admiration and love for Abby. Abby knows she’s in love with Gage, but just not sure it will end with them being together.

The heroines are often the last piece for Martin. “I usually start with the man and the story, then try to find the right female match for them,” she says. “That’s what I did with Abby.”

There is certainly suspense and romance aplenty in THE LAST MILE, something Martin says she’s good at. Her success in this genre is the result of her efforts to provide a good story. “I want to tell the story well,” she says. 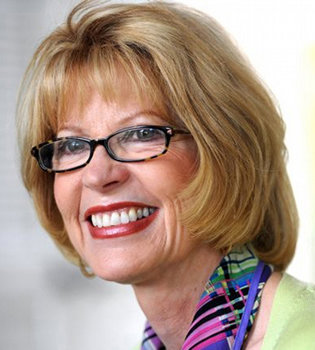 Helping to tell the story is the amount of research she does for each novel. “I love doing research, perhaps too much,” she says. The Mayans and the Yucatan featured in this novel were familiar from many years ago—which made things a touch easier. “Most of it I’d forgotten, but at least it helped,” she says. Martin visited the Superstition Mountains, did some scouting of the terrain, and talked with an actual treasure hunter. The Internet provided additional research, including some of the visuals.

“You didn’t even want to get out of your car,” Martin says, of her visit to the Superstition Mountains. “It’s that different.” The landscape is covered with forbidding cactuses, and Martin says she saw eight-inch scorpions with their tails up over their backs, and signs warning to watch for snakes just about everywhere, including the parking lots.

In fact, the idea for THE LAST MILE came from her research. A list of the world’s greatest missing treasures, including the Lost Dutchman, was sparked by her desire to write a treasure story, something she’d wanted to do for a long time. “I knew about the Dutchman. I knew about the Peralta family. I knew about Mexico.”

“I like big stories,” Martin says. “I’m not sure I have grown as a writer. I try to be better, but the marketplace is so different now.” Comparing her early works to her latest, like THE LAST MILE, is like comparing apples and oranges, she says.

By her own admission, Martin was once a plotter when working on a novel. Today she is quite a different writer in technique. Often, she’s missing major elements of her story when she begins writing. She jots notes on a yellow legal pad, and once the story is in her head, she starts to figure out the twists.

“Once I’m done with a book, it’s pretty much filed away in my head,” she says. “I’m off on a new subject, new characters, new adventure, new romance.”

The Blood Ties series will complete with One Last Chance, which is scheduled for release in November 2022.

Looking for a change, Martin is hopeful her publisher will then like her new project, a series about ghost stories set in England. “I needed the challenge,” she says.

Even with more than 80 novels under her belt, Martin is still working hard to entertain her readers.

New York Times bestselling author Kat Martin is a graduate of the University of California at Santa Barbara where she majored in anthropology and also studied history. Currently residing in Missoula, Montana with her Western-author husband, L. J. Martin, Kat has written sixty-five Historical and Contemporary Romantic Suspense novels. More than sixteen million copies of her books are in print, and she has been published in twenty foreign countries. Kat’s novel The Perfect Murder, a Romantic Thriller, was released in paperback January 25th. Kat’s new series, Blood Ties, began with The Last Goodnight (10/26/21) and book #2, THE LAST MILE, will be out May 31, 2022.