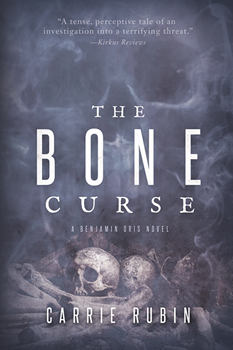 Looking for a new medical thriller with a unique paranormal twist? It’s time for you to check out THE BONE CURSE by Carrie Rubin.

Western medicine clashes with Haitian Vodou when Ben Oris, a rational-minded Philadelphia med student, enters the occult world after a vengeful priest unleashes a centuries-old curse on him. Ben is touring the Paris catacombs when he cuts himself on a bone he feels compelled to touch. When his loved ones begin to succumb to a gruesome illness, Ben is forced to confront the fact that whatever entered his bloodstream when he picked up the bone can’t be explained by medical science.

Unlike many thriller protagonists, Ben is an introvert who is most comfortable with one-on-one interactions.

“On the surface he might seem standoffish, maybe even aloof,” says Rubin. “But like most introverts, he has a huge heart and cares deeply for the people in his inner circle. He would do anything for them—and does—even though he would not define himself as a hero. He’s just a guy with a life plan who has worked very hard to get where he is.”

Ben does not initially respond well to his life being derailed by something he doesn’t understand. It takes some time for him to be convinced that a Vodou curse could be behind the infection he’s spreading. But ultimately, if he wants to save those he loves, he must accept it.

Rubin, a physician, says the idea for THE BONE CURSE came to her while she was watching a TV show featuring supernatural phenomena.

“I thought to myself, ‘Hmm, what would it take for a science-minded realist like myself to accept something otherworldly?’” Rubin says. “Undoubtedly it would take a lot. I would need to have no other recourse. That’s what drove me to the supernatural theme, but rather than present the typical fictional world of voodoo, I wanted to explore the very real practice of Haitian Vodou.”

Rubin acknowledges that most people equate “voodoo”—an Americanized misspelling of Vodou that is avoided by most practitioners—with New Orleans or Miami, but she wanted a less expected setting for her story.

“Philadelphia has a significant Haitian population, so I chose that city,” she says. “As Ben’s Haitian friend, Laurette, tells him, ‘Believers do not stop believing just because they have left their homeland’.”

As an outsider to that group, Rubin admits she had to do quite a bit of research to write this novel. She wanted to be respectful of the practice of Vodou, which is a religion and a way of life for many Haitians. To do that, she needed to learn about it.

“There are few books on the subject written by actual Vodou practitioners,” Rubin says. “The religion is often secretive—but the one book I found, I read cover to cover. I also read numerous online articles and watched documentaries. Furthermore, to help ensure I was being respectful to the culture and practice, I asked a physician who travels to Haiti on frequent healthcare missions to read it.”

Although she tried to be accurate and respectful, THE BONE CURSE is a thriller, and all thrillers require a villain. With him, Rubin took liberties. His actions go beyond what is moral and acceptable in the religion.

“I will only say that the wayward priest seeks vengeance, and vengeance is a powerful motivator for evil acts,” she says. “Of course, as with all villains, he feels completely justified in his actions.”

Ben Oris is a great character to be facing such a threat, and it looks like we’ll be seeing more of him.

“THE BONE CURSE is the first in my planned series about a rational-minded scientist who faces otherworldly situations. In the second book, Ben is a resident. By the third or fourth one, he will be an attending physician.”

According to Rubin’s plan, each novel will work as a standalone. But the smart reader will want to get in on the ground floor by starting with THE BONE CURSE. 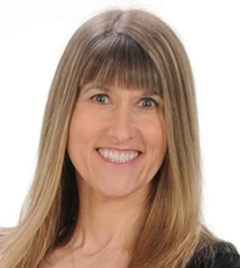 Carrie Rubin is an award-winning author, physician, and public health advocate. Her other medical thrillers include The Seneca Scourge and Eating Bull. She is a member of the International Thriller Writers association. She lives in Ohio with her husband and two sons.

To learn more about Carrie, please visit her website.