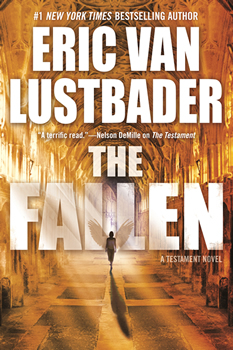 In his latest novel, Eric van Lustbader turns away from the secret agent action of the Jason Bourne series to deliver a pulse-pounding thriller featuring even more powerful and deadly villains in THE FALLEN.

In this novel the End of Days is upon us. In a hidden cave in Lebanon, a man discovers a forbidden tome that turns out to be the Testament of Lucifer. Now The Fallen–Lucifer’s advance guard–have arisen and Bravo Shaw, head of the Gnostic Observatine sect, must face the threat. The Gnostic Observatines, a lay religious order founded in the 15th Century, are just part of the long, unique history of the Bravo family. Like his sister Emma, Bravo Shaw is not quite like you and me.

“You’d be fascinated by his encyclopedic knowledge of ancient history, languages, peoples, and the occult arts,” Lustbader says. “And he’s very driven, highly focused on his responsibilities. As the head of the Gnostic Observatines, he has a great deal on his plate, especially with the advent of the final battle to enslave mankind and breach the gates of heaven.”

THE FALLEN is the sequel to The Testament and second in a new series. So, if you know the characters from the previous book, you’ll have some added familiarity, but you don’t really need to know anything about The Testament to enjoy THE FALLEN. Lustbader fills you in on all the necessary history as this book unfolds. The second flows so smoothly from the first that it surprised me to learn that Lustbader did not plan on a sequel to The Testament from the beginning. But he couldn’t disappoint his army of readers.

As he says, “It became such a huge seller all over that it started me thinking about a sequel. In fact the ‘sequel’ was such a massive story it turned into a trilogy!”

This novel is quite different in many ways from Lustbader’s work on the Bourne series and his many other previous projects. One thing that is not different, however, is his writing process.

“I’m on the dyslexic spectrum,” Lustbader says, “which means my mind works super-fast. As such, I get bored easily, so it’s kind of nice for me to be able to switch genres. Keeps everything fresh and percolating all the time.”

But what really separates a religious thriller from a spy novel or other types of fiction? After decades of success in the business, Lustbader has a pretty good idea of what readers of this subgenre expect.

“They expect the author to do a lot of research: it’s not fantasy, after all,” Lustbader says. “And readers want to learn things–hidden things, especially. Though there are certainly occult elements in the novels, they have to be firmly rooted in, if not actual fact, then in actual beliefs. Does Lucifer exist? Who knows, but it’s fun writing about him and his minions! And for that I had to do a ton of research about the identities, descriptions, and natures of the fallen angels.”

To his surprise, Lustbader learned that there is a strict hierarchy among angels: three so-called spheres. The descriptions of the angels in the different spheres were nothing like rosy-cheeked cherubim flying around heavenly clouds. Some have three sets of wings, other six sets. In his words, “A whole lot of them are scary-looking, and are definitely bad-ass creatures. Great for my purposes, of course!”

When Lustbader started writing THE FALLEN, he really had no clear idea of who the fallen angels were or what their conflict with God really was. But digging into the lore helped to deepen his novel.

“The more I researched, the more the battle between the elements came into focus, the less black and white it became. Even the motivations of the ‘higher beings’ are complicated and, sometimes, questionable.”

That perspective makes THE FALLEN that much more fascinating. What Bravo Shaw is facing is not a simplistic battle between Good and Evil. And Lustbader knows exactly where this ambitious story is going. He has already finished the next book in the series, and is hard at work on the final chapter now. But don’t wait – dig into this pulse-pounding thriller series now, with THE FALLEN. 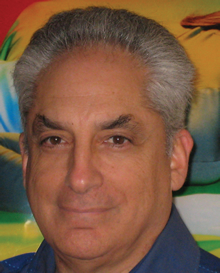 Eric Van Lustbader  is the author of many New York Times bestselling thrillers, including First Daughter, Last Snow, and Blood Trust. Lustbader was chosen by Robert Ludlum’s estate to continue the Jason Bourne series, and his Bourne novels include The Bourne Legacy (also a 2012 film) and The Bourne Betrayal. He and his wife live on the South Fork of Long Island.