How to Match Imaginations 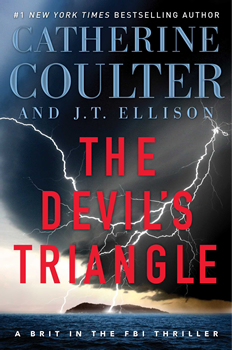 When a thriller opens with Leonardo da Vinci on his death bed and quickly jumps to the theft of the staff of Moses in present day Italy, you know right away you haven’t picked a cozy from the shelves. The title of THE DEVIL’S TRIANGLE also gives a big hint that this is going to be a high octane read. An even bigger clue is the authors’ names on the front—New York Times bestsellers Catherine Coulter & J. T. Ellison.

It’s the fourth novel in their A Brit in the FBI series featuring Special Agents Nicholas Drummond and Michaela “Mike” Caine. Drummond and Caine have a new mandate and team as the government’s Covert Eyes, with a brief to tackle the deadliest international crimes and criminals. Yet we all know what happens with best laid plans—Drummond and Caine’s go awry with a plea for help from their sworn enemy, master thief, Kitsune the Fox. Kitsune’s secret clients are the Koaths, a family descended from Moses, who will stop at nothing to find Ark of the Covenant and wield its awesome power. To carry out their plan, they have developed a weather-controlling machine that’s creating disasters costing thousands of lives. They must be stopped and Drummond and Caine embark on a white-knuckle, globe-hopping race against time to do so in this gripping thriller.

While still very much fiction, the idea of human-controlled weather has intrigued people for many decades and the harnessing of nature’s destructive power is such an exciting premise. I caught up with J.T. Ellison and asked where the idea came from. “Catherine and I had a few visions for this novel,” she says. “Literal visions, scenes that came to us whole cloth. We spent several months tossing ideas back and forth from these scenes and built the book around them. One was a lightning bolt, and we thought immediately about da Vinci. Who else could have created a weather machine? Da Vinci led us to Tesla, and the Tunguska explosion in Russia in 1908, and it all blossomed from there.”

With the majority of us writers tending to be solitary animals, the concept of tossing ideas back and forth will be an alien one. Ellison admits there are challenges to co-writing but she and Coulter have found a great system. “Our biggest challenge is matching imaginations, which we conquer by using vision boards on Pinterest. When we develop a new character, it helps tremendously to have a visual we both agree on so we’re starting from the same page. What’s best: the way our brains work together, pushing each other to better stories.” 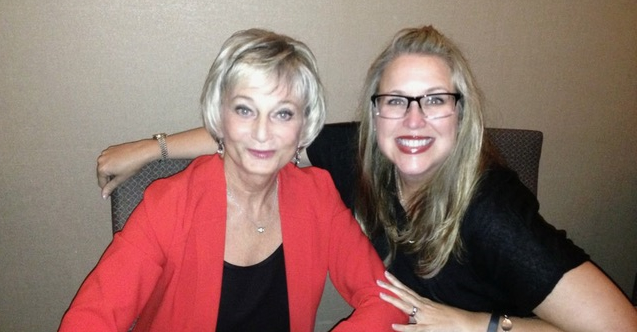 And it’s not just that Ellison likes their way of working. “I’ve absolutely become a better writer, storyteller, and reader because of this.” For those thinking of following in their co-writing footsteps, she has this advice: “You absolutely need to be working with a matching personality. If you’re a Type A and your Type B partner isn’t meeting the goals you set, it will fracture the partnership. These co-writing partnerships exist best with mutual respect and trust at their heart. Catherine took a big leap of faith when she brought me on board, and we’ve been fascinated by how alike we are in our writing processes. We capitalize on our differences to make the partnership stronger. Plus, checking your ego at the door helps. A lot.”

It helps further that both Ellison and Coulter love their research, historical and otherwise. “It’s so fun to take historical reality, match it with theoretical science, and then turn it into a thriller.” Before long, those ideas were sparking the next ones to life. “It was the strangest thing—Catherine is a savant when it comes to historical dates. We were working our way back in time to look at da Vinci, and knowing the physical area we were going to be writing about (Italy—Venice and the Tuscany/Umbrian border) we knocked into a story about the Templars, and lo and behold, the Ark came with it. What goes in the Ark? The staff of Moses. Where’s the staff now? The Topkapi in Istanbul, supposedly. Step by step by step, we kept coming up with these crazy ideas, then found historical basis for them. The timeline—and story—grew from there. It was an amazing day. Two creative brains in high gear.”

It is of course great for any author when the ideas are flowing. But THE DEVIL’S TRIANGLE is the fourth outing for Drummond and Caine in the A Brit in the FBI series and it’s notoriously difficult to keep series novels fresh. Ellison has a neat theory about series. “The natural story arc is this: Book 1—great new characters meet and kick butt; Book 2— characters settle in and find ways to work together; Book 3—you realize all the limitations you’ve placed on your world and characters, and have to blow them up; Book 4—the series really begins. I think episodic television follows this pattern as well. It’s something I didn’t know when I started, but now, three series in, I knew it was coming, and we planned accordingly, giving Nicholas and Mike their own unit—Covert Eyes. They are basically the Double 00s of the New York FBI, which gives them a much broader canvas to work from. We like the international angle, so we’ve found a way to weave that in, and the historical aspects are a huge challenge for me, as I’ve always written contemporary. There is a lot to keep things fresh and fun.”

Ellison is clearly keeping things fresh and fun but her writing credentials make for seriously impressive achievements: a New York Times bestselling author of 16 critically acclaimed novels, with over a million books in print in a ten-year career. With success like that, many writers would value her thoughts on how she got there. The answer is straightforward. “Work those 80-hour weeks, stretch yourself thin, keep your nose to the grindstone, but most importantly, don’t ever give up. And whatever you do, say yes when they ask you to host A Word on Words!” Her long terms goals are equally so. “I’m hoping for longevity, and that means being a turtle when it comes to the work, being steady and consistent.”

As for what comes next, it is indeed a packed list. “Catherine and I have started tossing ideas around for the next Drummond/Caine book, and it’s a doozy. We’ll get started in earnest in May. (I split my year in half—one book for me, one for her, and it’s working great.) For me, I have a new standalone coming September 5 called Lie to Me—and I hope it makes a huge splash. I’m working on another standalone right now which is due in April, then I’ll move back to my Sam and Taylor books for a bit. Plus several other little projects in the works.”

So maybe a little more than merely steady and consistent? Ellison reckons so. “The joke around our house is ‘Type faster, J.T.!’ ”

Catherine Coulter is the #1 New York Times bestselling author of more than 75 novels, including the FBI Thriller series and the Brit in the FBI series, which she co-writes with J.T. Ellison. Coulter lives in Marin County, California.