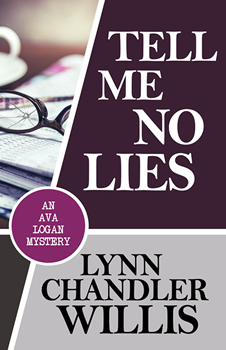 A tried and true adage is to write what you know. The difficult part is taking what you know and making it interesting reading for an audience. This is well executed by Lynn Chandler Willis in her latest novel, TELL ME NO LIES, the debut Ava Logan Mystery.

The heroine of TELL ME NO LIES, Ava Logan, is the publisher of the newspaper for the small town of Jackson Creek, North Carolina set in the heart of the Appalachian Mountains. Like her character, Willis has lived her entire life in North Carolina and owned a small-town weekly newspaper. Both Ava and Willis have two children, are single mothers, and have dogs named Finn.

TELL ME NO LIES finds Ava in the middle of covering the local election, just weeks before Election Day. Then the simple act of dropping off her friend’s toddler after a night of babysitting changes everything. Her friend is dead, and Ava wants to know why. Juggling her two teenage children, her friend’s orphaned toddler, and her own muddied past, Ava’s digging for the truth puts her and those she loves in danger. It is imperative the killer is found before either Ava or someone she loves ends up dead.

Ava Logan stands as her own person. She brings a backstory that is “tragically realistic” according to the author with “enough struggles to help shape her character without defining it.” Willis wanted to make sure that Ava was not “broken” and sees Ava as “that magical combination of strength and vulnerability. She’s not perfect. She’s many things, but she is not broken and she’ll be the first to tell you that!”

The relationship between law enforcement, the media, and government is a key element in TELL ME NO LIES. This area fascinated Willis long before she was a newspaper publisher. “Just because the public has a right to know, doesn’t always mean it’s in the best interest to know. That was the beginning of TELL ME NO LIES.” She remembers asking an instructor at the Writers Police Academy “what if a member of the media and a high-ranking law enforcement officer could have a personal relationship despite the typical animosity. He said possible but not likely so there was my conflict! And that’s how TELL ME NO LIES was born.”

While Willis knows a great deal about her home state, she still feels the need to do research and one of the main components of TELL ME NO LIES is the result of a “Who knew?” moment.

“I was doing what I call setting research where I spend countless hours studying the terrain—the flowers, the trees, wildlife, weather—and discovered ginseng is quite common in the North Carolina mountains. It grows wild and can be very lucrative so it’s a prime target for poachers.

“The story takes place within a certain window of time when specific things happen like Friday night football, November elections, fall foliage, and hunting season. Ginseng has a very short picking time but it fit right in with the other time issues.”

As for the nitty-gritty of writing TELL ME NO LIES, Willis depended on an outline. As she tells it: “When I wrote TELL ME NO LIES, I was keeping eight of my nine grandchildren Monday through Friday, 7am until 6pm. From twin toddlers to elementary school age, they kept me hopping. The only way I could get anything done on the story was if I knew what direction it was going. It was very liberating to have that knowledge of what needs to happen next. You didn’t have to think about it—you just had to write it.

“In all honesty it wasn’t a deeply detailed outline, mainly a few sentences describing what happens next. But it was enough of a road map so I didn’t waste time wondering how to get Ava from point A to point B.”

But Willis is an author who edits, rewrites, and tweaks all in the first draft.

“The perfecting takes place IN the first draft. It may take me longer to complete a novel than others, but it takes much less time to edit when it gets to my publisher.” Willis continued, “Sometimes I do wish I could just sit down and write, not paying any attention to clarify or sentence structure or motivation. So far I haven’t been able to accomplish that.”

One of the more unusual rituals Willis depends on is the compilation of a music playlist to use while writing. The list for each novel varies in length and kind. “I have this “tone” of the story in my head before I ever start. I create a playlist of songs I can visually see connected with the characters, the depth, the emotions I want to convey. It may have only five songs or it may have twenty.” She says there is a scene in TELL ME NO LIES where “Appalachia Waltz” by Mark O’Connor, Yo-Yo Ma, and Edgar Meyer played continuously while she was writing. 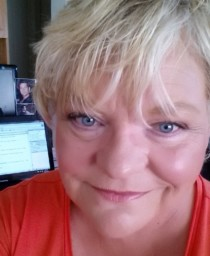 Her forthcoming novel, Tell Me No Lies, is the first in the three-book Ava Logan Mystery Series published by Henery Press. Her novel, Wink of an Eye: A Gypsy Moran Mystery, was a Shamus Award finalist and winner of the St. Martin’s Press/PWA Best 1st P.I. Novel competition. She is also the author of The Rising, a Grace Award top winner for Excellence in faith-based fiction, and the best-selling true crime, Unholy Covenant.

She is a member of Sisters in Crime, International Thriller Writers, and the Randolph Writers. She lives in the heart of North Carolina with her shelter dog, Finn, a happy border collie who lives for the dog park.