A Rough Around the Edges Hero 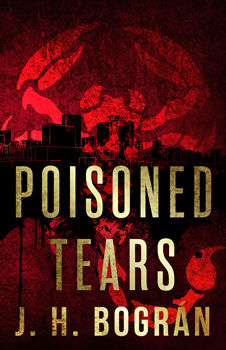 If you think it’s all been done in private eye fiction, think again. J. H. Bográn shows us a new kind of serial killer in his new mystery novel, POISONED TEARS.

Twenty years after his pro football career, Alan Knox must handle a missing persons case–his son’s fiancée has disappeared. Nothing is as simple as it seems and soon Knox becomes convinced that a serial killer is using poisonous animals to disguise women’s deaths as accidents.  Knox is actually a retired private investigator who only takes this case because his son asked. While he is dedicated to finding the murderer, readers may not quite see him as a hero.

“I usually describe Alan as rough around the edges,” Bográn says, “but my editor seems to think he’s just one aggressive bastard. So, if you meet him in a bar, whatever you do, don’t joke about his snake leather boots!” 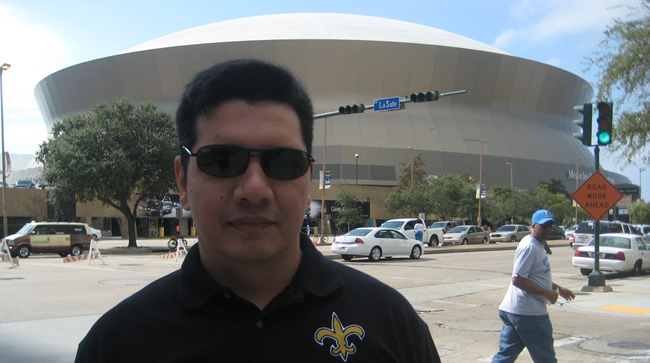 Tailgating at the Superdome, where his character began to hate New Orleans

The New Orleans Police won’t accept Knox’s serial killer theory and his investigation follows a twisted and dangerous path when Knox teams up with journalist Scott Trent. When Trent’s wife is brutally murdered, Trent becomes the prime suspect. Knox must save him and the city, even though he hates New Orleans because his football career ended there in a game against the Saints. His limp is a souvenir from that game.

Knox’s feelings aren’t the real reason Bográn chose New Orleans as the setting for his novel. He says when he first came up with his serial killer idea he told a cousin who proposed his home town of New Orleans as the perfect location.

“He told me some horror stories of the time during, and immediately after, Katrina,” Bográn says. “Going a step farther, he closed the deal by inviting me over. Before my trip I did some research and further developed the concept so I had my list of places to visit, namely, the parks where the bodies are found in the story. I even visited the Superdome when the Saints beat the Tampa Bay Buccaneers.” 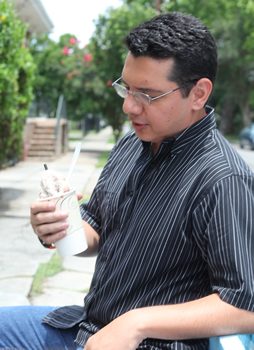 An ice cone before the airport.

Clearly there are no hard feelings there. Bográn says he now follows the team on Twitter and, funnily enough, some Saints players follow him back. Actually, he says he fell in love with The Big Easy and hopes he did it justice in his novel. While there he certainly did his research.

“Besides visiting the spots for my novel, including the city morgue, I met a police sergeant in New Orleans,” Bográn says. “He welcomed me into the headquarters building, showed me around where he could and gave me a description of the procedures.”

Like many thriller authors, Bográn wrote one scene that he thought would blow everybody away.  In his words, “It had everything from character development, plot advancement and even a big reveal. Not a peep from readers. Then there was another action sequence that I was particularly proud of. You see, I managed to keep everybody alive, but that also didn’t get any words back from readers.

As usually happens in a writer’s life, there is also a seemingly throwaway scene, one I wrote during a stage where I hated the manuscript and just wanted to get it over with. That scene has been complimented and talked about all the way from the early readers, beta readers, to my editor.”

Bográn allows that there could be a sequel to POISONED TEARS even though he prefers to write stand-alone novels. But even his stand-alone books are connected in some way. For instance, Alan Knox is the brother of Bill Knox, one of the characters in his previous novel Firefall. 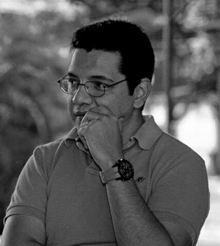 J. H. Bográn, born and raised in Honduras, is the son of a journalist. He ironically prefers to write fiction rather than fact. José’s genre of choice is thrillers, but he likes to throw in a twist of romance into the mix. His works include novels and short stories in both English and Spanish.

His debut novel TREASURE HUNT, which The Celebrity Café hails as an intriguing novel that provides interesting insight of architecture and the life of a fictional thief, has also been selected as the Top Ten in Preditors & Editor’s Reader Poll.

FIREFALL, his second novel, was released in 2013 by Rebel ePublishers. Coffee Time Romance calls it “a taut, compelling mystery with a complex, well-drawn main character.”

POISONED TEARS is about a serial killer prowling in New Orleans and is out on March-2017.

He’s a member of The Crime Writers Association, the Short Fiction Writers Guild and the International Thriller Writers where he also serves as the Thriller Roundtable Coordinator and contributor editor their official e-zine The Big Thrill.