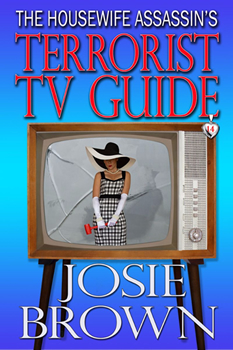 Housewife assassin Donna Stone must be more than just ready for her close-up if she’s to stop a terrorist cell intent on exposing the United States’ vulnerability to an attack on American soil. The only intel provided to Donna, Jack, and their mission team at Acme Industries is that it will take place during a live broadcast of a reality TV show. And wouldn’t you know it: each of the other housewife contestants has dirty little secrets that make them and their husbands very probable Persons of Interest. So, who is the terrorist who wants to hold these celebrity housewives hostage—and worse yet, kill them off in front of their adoring fans?

Author Josie Brown recently took time out of her busy schedule to discuss her 14th book in the Housewife Assassin series with The Big Thrill:

Those who take on the profession of covert ops have real lives, and complex personal dilemmas. Despite this, they are driven by a true sense of mission.

As the 15th book in the series, the goal is to keep your readers engaged in the stories, the characters, and in the mystery to be solved. Already, readers are reassuring my efforts in this regard:

“Seeing the same issues many of us struggle with daily is part of what makes Donna and Jack so lovable and relatable. Our problems are much alike and struggles to solve them are very close. We get to see a deep introspection as she questions herself and the job she’s doing as a mother. We all know that feeling.” — Amazon’s Kendra MW

“Ms. Brown has the ability to take her readers anywhere and everywhere. You’re not an assassin? You will be able to step in Donna’s shoes, and, for awhile anyway, let your inner secret agent have an experience you won’t forget!” — Amazon’s DJJA

“While I have read each book in this series, Ms. Josie is one scary lady! How does she come up with all of these incredible storylines? Watch your back, Jason Bourne, there’s a new sheriff in town.” —Amazon’s Pandora

I enjoy the challenge of moving the story forward for the central characters. I’m always surprised at how, despite a full outline, once I start writing them, the characters take over. They are so real for me—and from what I can tell by my readers’ enthusiasm for the series, they feel this way too.

The story’s complexity provides both shadow and light to the lives of the possible suspects, making it that much harder for the protagonists, Donna and Jack Craig, to track down the terrorist cell.

John Le Carre and Martin Cruz Smith. Despite the nobility of their heroes, these authors allow their characters to have emotions and flaws, and the reader sees the mundanity of their lives. Also, these authors create a story arc that keeps the reader turning the page. They write with perfect pens. 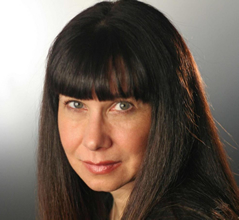 Over a million and a half copies of Josie Brown’s novels are in readers’ hands. She’s a traditionally published author with Simon & Schuster and HarperCollins, as well as an independently published author. She’s appeared at #1 on Amazon and iBooks on numerous occasions.

To learn more about Josie, please visit her website.