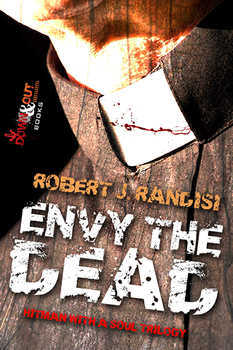 Sangster doesn’t seem to be able to escape his past as a hit man, no matter how hard he tries. And now it’s his friend, Father Patrick, dragging him back into the life. When the head of a faded Mafia Family in Philadelphia sends the top hit man in the business, Frankie Trigger, to New Orleans to kill Patrick, the priest goes to the only person he can think of for help … Sangster.

Can the former #1 hit man overcome the present #1 hit man and save his friend, while continuing to hold on to his newfound soul?

The Big Thrill recently had the opportunity to interview Robert J. Randisi about his latest novel, ENVY THE DEAD:

I hope that beyond simply enjoying the story they may come away with some thoughts about their own souls.

Sangster is an unusual series character, as reviewers have already pointed out.

Feelings about my own soul, about New Orleans, and a realization that I’m a much better writer now than I ever have been.

There are several points in the book where the reader will say “Wow, I didn’t see that coming,” or “Damn, why’d he do that?”

I’m influenced by the tough writers of the genre, such as Chandler, Ross Macdonald, Bill Pronzini, Don Westlake, and Lawrence Block.

Robert Randisi is the author of more than 650 novels and the editor of more than 30 anthologies. He is the founder of the Private Eye Writers of America, and the creator of the Shamus Award, both of which turn 35 this year. He is also the co-founder of Mystery Scene Magazine and the American Crime Writers League with Ed Gorman, and one of the founders of Western Fictioneers and the Peacemaker Award.