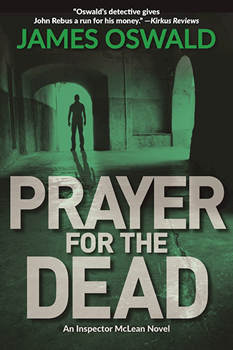 The search for a missing journalist is called off as a body is found at the scene of a carefully staged murder.

In a sealed chamber, deep in the heart of Gilmerton Cove, a mysterious network of caves and passages sprawling beneath Edinburgh, the victim has undergone a macabre ritual of purification.

Inspector Tony McLean knew the dead man, and can’t shake off the suspicion that there is far more to this case than meets the eye. The baffling lack of forensics at the crime scene seems impossible. But it is not the only thing about this case that McLean will find beyond belief.

Teamed with the most unlikely and unwelcome of allies, he must track down a killer driven by the darkest compulsions, who will answer only to a higher power . . .

Author James Oswald recently took some time to discuss his latest novel, PRAYER FOR THE DEAD, with The Big Thrill:

I would hope that it widens the idea of what is possible in the genre. All my books suggest at other-worldly forces at play, without specifically acknowledging them. PRAYER FOR THE DEAD examines belief and the extremes people will go to in justifying theirs.

The existence of Glimerton Cove, a network of caves under the city streets of Edinburgh. I had no idea of them until I began researching for another Tony McLean novel, but once I’d discovered them, they just had to be the setting for a murder.

Neil Gaiman and Iain Banks both showed me that the boundaries of genre are only in your mind. I like to push against what people expect with my crime fiction, exploring characters, their relationships and reactions to the unfolding events as much as forcing them to be slaves to the plot.

“Yet another police procedural on steroids, a case made even more bizarre by Oswald’s trademark hints of the supernatural, impossible to put down.” ~ Kirkus Reviews 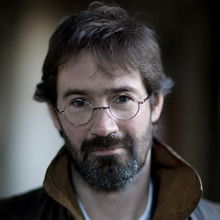 James Oswald is the author of the Inspector McLean series of Edinburgh-based crime thrillers. His debut, Natural Causes, was the Richard and Judy Book Club Summer Read of 2013, and his latest, The Damage Done, was long-listed for the McIlvanney Award in 2016. As J D Oswald he also writes the epic fantasy series, The Ballad of Sir Benfro. James lives in Fife, Scotland, where he runs a 350 acre livestock farm, raising Highland cattle and Romney sheep.