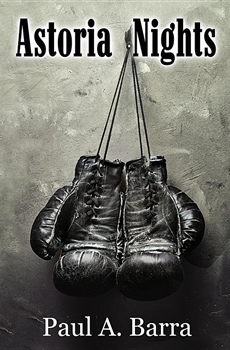 He can knock the fillings out of a man’s teeth with either hand, but he can’t prevent his girlfriend from being murdered…

Life is good for Catholic schoolteacher Terrence Muldoon. He owns his own house in Astoria, New York, and a one-year-old Volvo, both paid for. His only dependent is a rescued greyhound, and his avocation as a club fighter, under the ring name of Seamus Muldoon, provides all the excitement he needs.

Then all that changes when his jockey girlfriend is killed during a race at Belmont. Unable to save her, Terry is driven to find out who wanted her dead, and why. Or was she just collateral damage? He teams up with a NYPD detective friend in a quest for answers that takes him to Myrtle Beach, the rural environs of South Carolina, into the world of Queens gangsters, down to the Brooklyn waterfront, and out to Fire Island. As if his mission isn’t fraught with enough danger, he’s training all the while for a bout with a man being touted as the next Ali. ESPN gives Terry only a “puncher’s chance.” But even if Terry survives the match, the investigation is winding up for a knockout punch as well, with Terry facing the toughest fight of his life…

I hope they will come away with a new appreciation of the fight game as they are entertained by a fast read. Seamus Muldoon, as an educated boxer, might alter the stereotype of mindless fighters mired in their own neuroses and violence. I hope also that readers will learn a bit about horse racing and breeding. Maybe Muldoon, Clancy, Father Greene and the other characters that salt the book will become popular enough to become reader favorites.

It’s a different take on the boxer-protagonist, for one thing. And there are moral issues Muldoon has to deal with in the ring, in the murder investigation and in his life during all the excitement. ASTORIA NIGHTS won’t be the first thriller with depth to it, but it may continue to advance the reputation of genre writing as literary work.

I was reminded anew of the difficulty of writing in first person from a point-of-view perspective. My editor at Black Opal Books found many instances of my protagonist knowing things he could not have known. I like the voice a first-person narration can develop, but it comes at a cost; the writer needs to be grounded in his or her craft before he can let the juices flow.

Secondary characters, such as Muldoon’s salty trainer Clancy and his childhood friend, now a Jesuit priest, are worth knowing in their own right. They draw out Muldoon’s character and advance the plot. Other characters who come to populate his world are also complex and entertaining.

P. D. James is my favorite author because she develops figures in the crime milieu who are urbane, intelligent, and moralistic—and sometimes all three. I’ve tried to emulate her in that respect.

“Barra has scored a knock-out with (ASTORIA NIGHTS).” ~ Mel Cebulash, former president of the Southern California MWA and author of more than 60 novels. 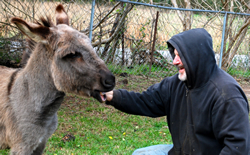 Paul A. Barra is a high school chemistry teacher. Barra was also a reporter with state newspapers and magazines, and was the senior staff writer for the Diocese of Charleston, winning many awards from the S. C. Press Association and from the Catholic Press Association.

He is a decorated veteran (Bronze Star with Combat V and the Combat Action Ribbon). He and his wife Joan have eight children and live with their burro, two alpacas, 25 chickens and a Catahoula Leopard hound in Reidville, Spartanburg County, South Carolina.

He is working on another children’s adventure novel and a novel about three southern priests in Charleston as the Civil War begins, including the real-life Rebel Bishop, who must solve a murder in the diocesan cathedral and resolve their personal issues with the Catholic Church’s involvement in slavery and secession.