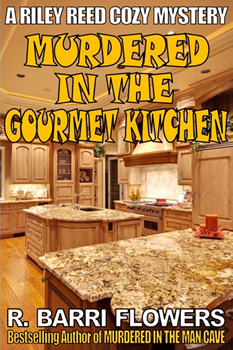 Award winning criminologist R. Barri Flowers is a bestselling author of both fiction and nonfiction. This month he makes all his fans happy with the release of two new books: a true crime volume called SERIAL KILLERS AND PROSTITUTES, and a cozy mystery — MURDERED IN THE GOURMET KITCHEN.

In MURDERED IN THE GOURMET KITCHEN, Riley Reed is the suspect in a murder because the victim was beaten to death with Riley’s casserole dish. Protagonist Riley Reed is a single, spunky and humorous interior designer who somehow finds herself in the middle of murder investigations.

“Riley would be a hit at a cocktail party,” Flowers says, “as she is the type of person one gravitates toward for her affable nature, perkiness, and willingness to engage on a seemingly endless variety of topics. Riley is definitely a heroine in the true sense of the word, as she is more than willing to step out on a limb to catch a killer.”

Of course, Riley doesn’t see herself as a heroine, just a proud citizen of Cozy Pines, Oregon, who does her best to help others any way she can — including the police when they fall short in the pursuit of a culprit.”

So Riley sleuths around the official police investigation while the desperate killer will stop at nothing to stay in the shadows, even if it means adding Riley to the growing list of victims. Flowers says he’s a long-time fan of this kind of small town cozy, having lived in small towns and finding them to be perfect settings for cerebral and lighthearted mysteries. 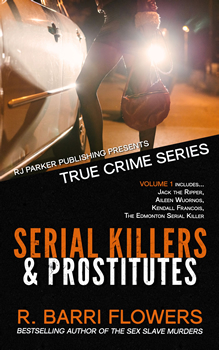 “As to a cozy series featuring an interior designer sleuth, it seemed like a great idea,” he says, “considering that I often included interior design details in many of my thriller, suspense, and procedural mysteries. The cozy mystery was the next logical step.”

There aren’t many men writing true cozy mysteries (Donald Bain’s Murder She Wrote series notwithstanding) so one may wonder why this author of so many other crime sub-genres felt the need to give this one a try.

“My interest in writing in this genre comes from a general enjoyment of cozies as a reader,” Flowers says, “and a desire to expand my repertoire as a mystery writer in reaching out to a broader audience.”

Being a criminologist gives Flowers a definite plus in terms of giving his novels a level of verisimilitude not found in many crime novels. “As an expert on criminal behavior and criminal justice, I am able to tap into this knowledge to give readers much more realistic dynamics in the plotting, characters, and resolution to the crime,” he says.

Flowers loves to create mystery novels that are three-dimensional and multifaceted in the storyline, settings, and outcome. But as mentioned, he also writes nonfiction. The level of knowledge he has gathered prompted him to write SERIAL KILLERS AND PROSTITUTES, as an addition to the canon of true crime literature.

“As a criminologist, I have an expertise in serial murder and the sex trade industry,” Flowers says, “with several books on the subjects and have appeared on the Biography Channel, Investigation Discovery, and Oxygen in this regard.”

Flowers noted the great interest by true crime readers in serial killers. When one thinks of a serial killer, Jack the Ripper comes to mind as arguably the first modern era serial killer. The Ripper’s victims were prostitutes in Victorian London’s Whitechapel District. Later serial killers have taken a particular interest in sex trade workers, including killers dubbed by the press as the Green River Killer, the Long Island serial killer, the Poughkeepsie Killer, and the Yorkshire Ripper. This book takes a hard look at this disturbing phenomenon. It features chapters on Jack the Ripper and other serial killers who followed in his prostitute-killing footsteps, including female sex worker turned serial murderer Aileen Wuormos.

“In a field crowded with true crime books, this title stands out for its focus in exploring this deadly relationship, in combining both criminology and narrative historical nonfiction,” Flowers says. “I believe it is a must for both true crime buffs as well as the library collection of colleges and universities worldwide.”

Unlike previous related volumes, this book goes into detail about the connection between murderers and the sex trade.

“Basically, murderers are attracted to sex workers largely because the latter often operate in the shadows, on the streets, or are generally disregarded by society as worthy of attention,” Flowers says. “This plays right into the hands of killers and serial murderers, along with violent customers, gang members, or others looking to victimize prostitutes while minimizing the chances that the perpetrators will ever face justice.”

Flowers makes clear that a better understanding of what draws serial killers to sex workers, and vice versa, can go a long ways toward connecting the dots and apprehending the killers.  In the process, it could prevent future sex trade workers from being targeted. SERIAL KILLERS AND PROSTITUTES is also a cautionary tale on the dangers and victimization prostitution-involved females, males, and children face in the sex trade industry. He says the situation needs to be further addressed on multiple levels of society. Although written in plain language, Flowers’ book is truly a scholarly work.

“The research for this book included tapping into knowledge from my background as a criminologist and true crime writer, getting information from law enforcement sources, other experts in subject matter, and sex workers,” Flowers says.

While SERIAL KILLERS AND PROSTITUTES was written with the dedicated true crime reader in mind, it will still appeal to criminologists, academicians, sociologists, and college students interested in the subject matter. Those who enjoy a lighter, fictional view of crime should check out MURDERED IN THE GOURMET KITCHEN. 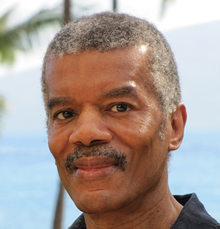 Fiction titles include Before He Kills Again, Dark Streets of Whitechapel, Dead in Pukalani, Dead in Kihei, Forever Sweethearts, Fractured Trust, Graduate Circles, Killer in The Woods, Murder in Maui, Murder in Honolulu, Murdered in the Man Cave, Murder of the Hula Dancers, Murder on Kaanapali Beach, Persuasive Evidence, Seduced to Kill in Kauai, State’s Evidence, and Justice Served.