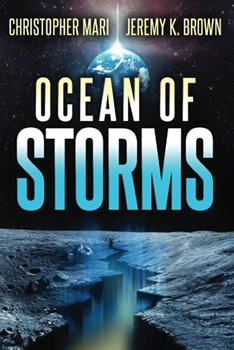 In the not-so-distant future, an explosion on the moon generates a world-crippling electromagnetic pulse. Tensions between the US and China mount to an all-time high, as the two countries begin a renewed space race to discover what tore a huge gash into the moon’s surface. Renegade archeologist Dr. Elias Zell and his protégé, Alan Donovan, join NASA astronauts and train for the trip that could finally answer the question of whether we are alone in the universe. International conspiracy and intrigue force cooperation between the superpowers to give the mission any shot at success. For Donovan, completing the mission will give him closure with his father, a disgraced former astronaut from the Apollo program, as well allowing him to be first on an earth-shattering discovery that will change mankind forever. This fast-paced read will keep readers engaged to the final twist and turns as the conspiracy unfolds. Mari and Brown’s first SF collaboration is a good pick for those new to the genre as well as more seasoned readers.

Authors Christopher Mari and Jeremy K. Brown recently spent some with The Big Thrill discussing their novel, OCEAN OF STORMS:

Christopher Mari: The fact that people have in the past and can in the future work together to successfully complete ambitious projects. We did it before—in abolishing slavery, in World War II, in curing polio, during the Civil Rights movement, landing on the Moon. And I genuinely believe we can do great things again if we set clear goals and apply ourselves.

Jeremy K. Brown: I second what Chris said and would add that the book is a reminder that we are all in this together. From coming together to return humans to the Moon to facing the future together with hope, optimism and a better plan for humanity, the book illustrates that we are all united and this little ball of mud and rock is all we’ve got. So we’d better make our stand here and make it count.

Christopher Mari: For whatever reason, I tend to think of sci-fi and thrillers as separate genres. Hopefully this book helps to show that they can be complimentary and compatible.

Jeremy K. Brown: I think this book presents some incredible thrilling moments as well as the twists and turns you might expect from a thriller, but also offers a little something to think over when it’s all said and done. Once all the conspiracies are revealed, the key players unmasked and the central plot resolved, there is still plenty for our characters, and hopefully the reader, to mull over and consider.

Christopher Mari: I had no idea that a human being could survive being exposed to the vacuum of space for a short period of time.

Jeremy K. Brown: I think everything about evolution and our human history, where we came from, how we got here, what our shared ancestry may be. Delving into that subject and really learning as much as we did about it was a surprising and rewarding experience.

Christopher Mari: That there may be more to human history than we know…

Jeremy K. Brown: From the moment the signal is received until the final revelation, nothing is what it seems.

Christopher Mari: Walt Whitman showed me that it was possible to write with complete joy. Ernest Hemingway modeled how to write a clean sentence. Ray Bradbury’s books gave me my first literary experience with wonder. Philip K. Dick blew my mind and put it back together in a way that made me see the world from a different point of view.

Jeremy K. Brown: Stephen King is probably the writer who first made me want to try and do this for a living. Even though this isn’t a horror story, King showed how extraordinary events can happen to ordinary people and in ordinary places, and I drew on that when working on this story. That was a big help in making the events of this book feel real and grounded. Additionally, King has a very visual and epic style that brings the book vividly to life. Someone somewhere once described him as having “a projector I his head,” and I take the same approach to writing by using words to create large sequences and moments that would feel just as at home on a movie screen as they do on the page. Also, Arthur C. Clarke’s “Space Odyssey” books were a huge influence as well, blending hard science with incredible, wondrous imagery about what may await humanity in space. I also love Frank Herbert, Ursula K. Le Guin and especially J.R.R. Tolkien for their world-building abilities. To create a place like Middle Earth and have it feel completely real is truly awe-inspiring. Tolkien always said his books were meant to be read as a pre-history to our own history, and to me, that’s exactly how they feel. 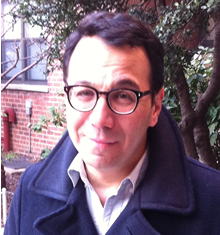 Christopher Mari was born and raised in Brooklyn, New York, and was educated at Fordham University. He has edited books on a wide variety of topics, including three on space exploration. His writing has appeared in such magazines as America, Current Biography, Issues and Controversies, and US Catholic. His next novel, The Beachhead, will be published by 47North in 2017. He lives with his family in Queens, New York. 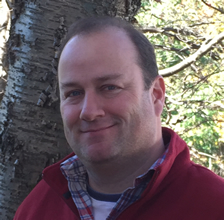 Jeremy K. Brown has authored several biographies for young readers, including books on Stevie Wonder and Ursula K. Le Guin. He has also contributed articles to numerous magazines and newspapers, including special issues for TV Guide and the Discovery Channel, and recently edited a collector’s issue on Pink Floyd for Newsweek. Jeremy published his first novel, Calling Off Christmas, in 2011 and is currently at work on another novel. He lives in New York with his wife and sons.